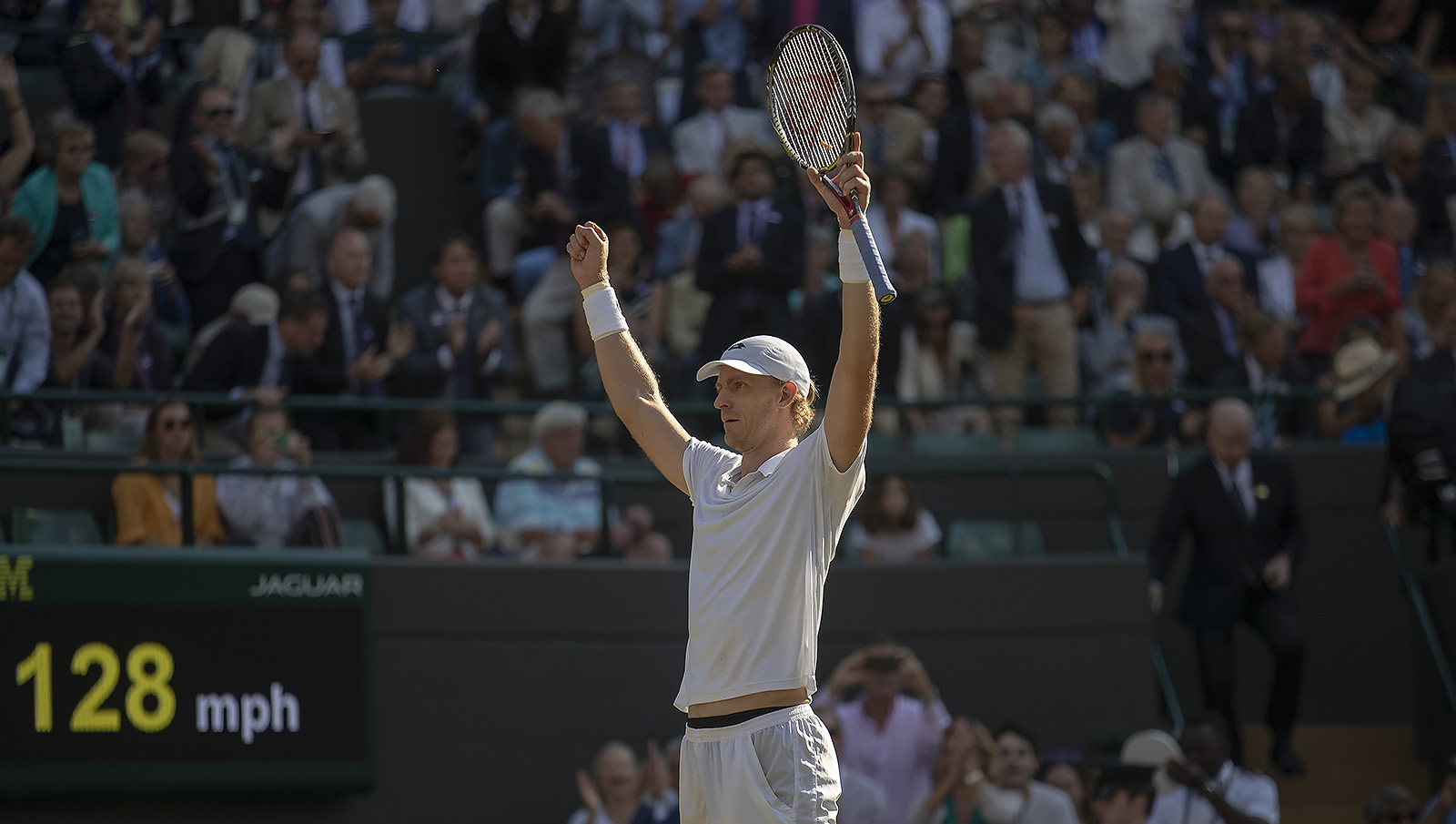 Kevin Anderson (Philadelphia Freedoms) and John Isner (New York Empire) will play for a spot in the Wimbledon final after both won their quarterfinal matches on Wednesday.

Anderson pulled off arguably the biggest victory of his career, rallying from two sets down and erasing a match point before edging eight-time champion Roger Federer 2-6, 6-7(5), 7-5, 6-4, 13-11 in four hours and 14 minutes. Anderson had never previously won a set against the Swiss in their four prior meetings and despite serving from behind in the decisive set, handled the pressure to reach his second major semifinal, having reached the US Open final last September.

“I just kept on telling myself, ‘I have to keep believing.’ I kept saying that today was going to be my day,“ said Anderson. “Because you really need that mindset taking the court against somebody like Roger.“

The eighth-seeded Anderson is looking to join Johan Kriek as the only South African men to lift a Grand Slam singles trophy. Anderson will look to overturn another head-to-head series against his favor when he faces Isner on Friday, with the American holding an 8-3 advantage.

“I’m very happy to be in this position right now, in the semifinals,“ Isner said. “With how I’m feeling physically and mentally, I’m in a very good spot. I think I can keep doing damage here.“

Spears went two for two: she first teamed up with Alicja Rosolska to oust top seeds and reigning Australian Open champions Timea Babos and Kiki Mladenovic 7-6(4), 6-3 in the women‘s doubles quarterfinals and followed it up by partnering Juan Sebastian Cabal to a 6-3, 6-4 third-round victory over Kirsten Flipkens and Robin Haase in mixed doubles.

Melichar continued her best career run, advancing to the semifinals with Kveta Peschke. The two overcame Irina-Camelia Begu and Mihaela Buzarnescu 5-7, 6-4, 6-4. In the last four, Melichar and Peschke square off against Dabrowski and Yifan Xu, who also came back from a one-set deficit. Dabrowski and Xu defeated Bethanie Mattek-Sands and Lucie Safarova 5-7, 6-4, 6-2.