Murphy Jensen: The Heart Of The Kastles Returns For 20th WTT Season 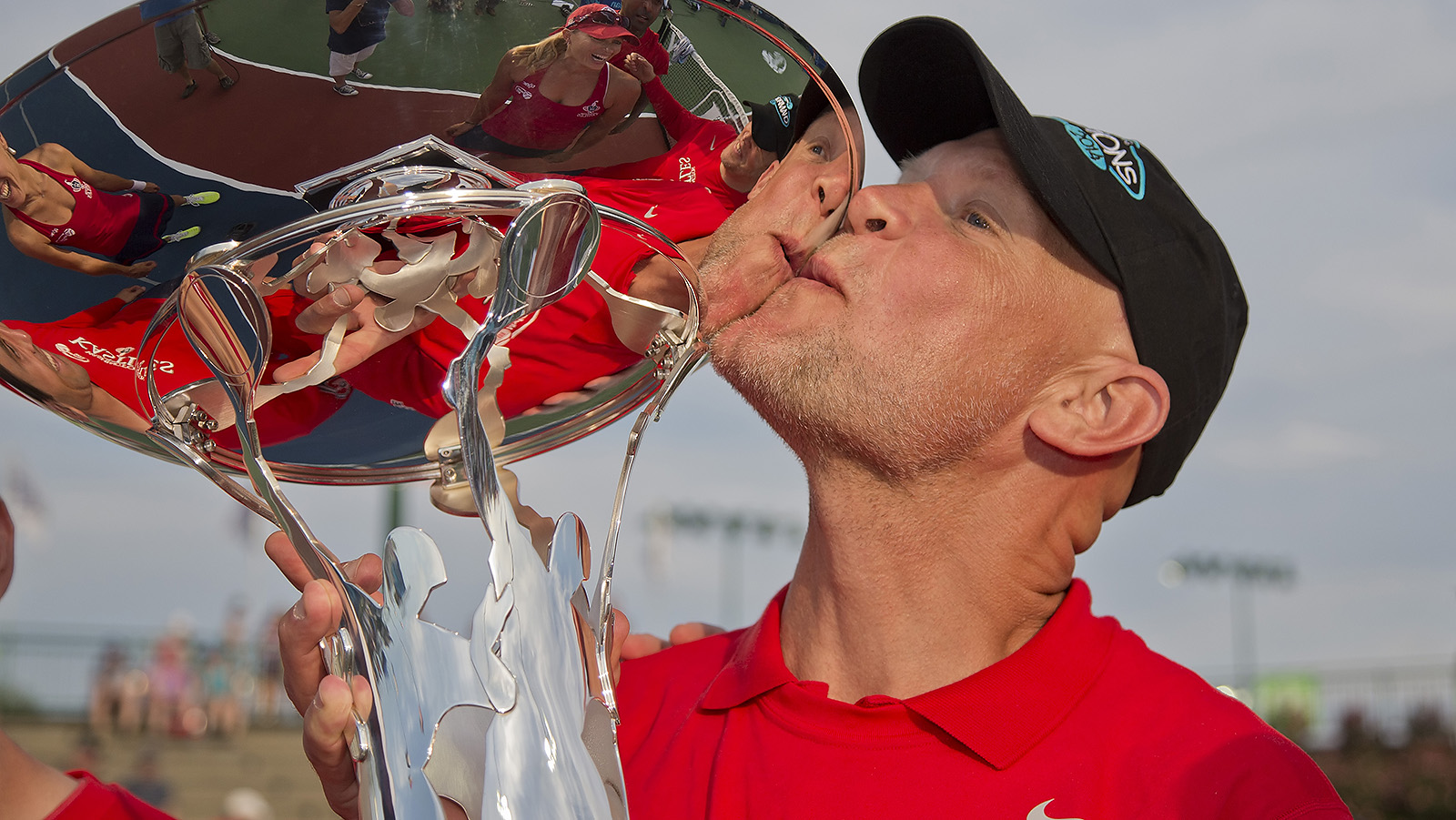 Depending on how things go this summer, Washington Kastles coach Murphy Jensen could find himself in an unusual situation at next year‘s World TeamTennis Draft.

This summer, the 1993 French Open champion in doubles, will make a return on the court to play doubles with his oldest son Billy in five challengers.

“There might be a comeback,“ Jensen said slyly. “It‘s forcing me to get my old body in shape, which is a good thing.“

Jensen‘s playful comment came at the end of a 30-minute interview, but most of the conversation focused on Jensen returning for his 10th season as the Kastles coach and 20th season in World TeamTennis, which will tie him with Martina Navratilova for second-most seasons in WTT. All 20 of Navratilova‘s seasons came as a player.

Trevor Kronemann has the record with 22 seasons, including 14 as a coach.

For Jensen, the pinnacle of his WTT success has been his accomplishments as a coach. From 2009-15, the Kastles won six titles in seven seasons and compiled a record 34-match winning streak, which broke the record for a major U.S. pro sports team, surpassing the 1971-72 Los Angeles Lakers‘ 33-game winning streak. He also led the Kastles to an unprecedented two consecutive seasons without a loss in 2011 and 2012.

When Jensen took over as coach, he threw himself into the job. He would befriend legendary coaches like Seattle Seahawks coach Pete Carroll, Los Angeles Dodgers great Tommy Lasorda and would read the books of UCLA men‘s basketball coach John Wooden.

“I probably owe those coaches royalties on our success,“ Jensen said. “But I just love the way it‘s evolved over the years.

But one philosophy that has stuck out for Jensen is something Lasorda preaches: “If you can get your team to love each other like a family, you can‘t lose.“

What Jensen takes from Wooden is never discussing wins or losses, just performing and executing. His mantra is playing for each other.

Having said that, Jensen said one of the most meaningful accomplishments was the 34-match winning streak, but for a very different reason.

He remembered the pressure of chasing the Lakers. But during the steak, he had a conversation with his father that was impactful.

“At the time, he was struggling with prostate cancer, and he didn‘t know how much time he had,“ Jensen said. “He says, ÔÇÿMurphy, are you okay?‘ And I was stressed out of my mind. I was going nuts. He said, “Are you okay?“ And I said … I started leaking oil, and I said, “Dad, wish you were here. I really miss you.“ And he says, “Murphy, everything‘s going to be okay.“

“And it was. It was okay. And it wasn‘t going to be okay if we won or lost, it was just going to be okay. And when I say that streak and those wins represented something bigger than the game for each individual on that team, Bobby Reynolds, Arina Rodionova, everyone had a different story. So that moment meant the world to me, and it changed my life forever.“