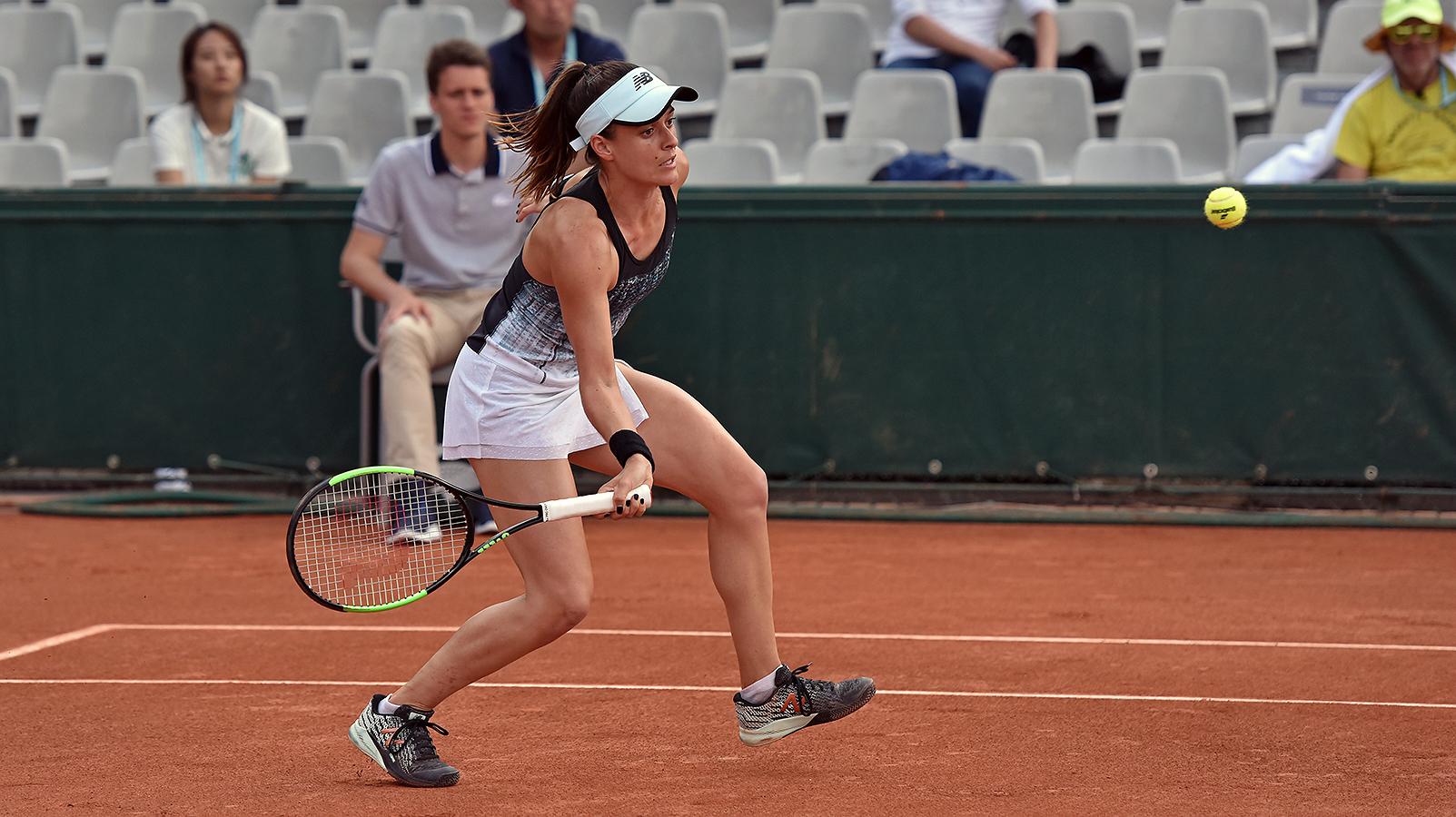 On the road again! WTT checks in from Paris.

World TeamTennis is known among the tennis community for pushing the envelope and introducing innovations to the sport. One of those has picked up steam in recent months and finds itself on the Grand Slam stage again ÔÇô this time in the qualifying ┬¡rounds of Roland Garros.┬¡

The 25-second shot clock, a regular fixture of the WTT season, is in play this week as the French Open joins the US Open and Australian Open as major tournaments to implement the rule in their qualifying tournaments. Nicole Gibbs (Orange County Breakers), a well-versed competitor with the clock on the court, is all for having its presence increased across the game.

“I‘m a huge proponent of the shot clock. World TeamTennis was way ahead of the curve on this, but it‘s a long time coming,“ Gibbs shares with WTT.com. “Time between points is all too commonly abused by players. I play at a quick pace, so the shot clock works great for me. I hope every tournament adopts it!“

Gibbs put together a balanced performance on Tuesday, rolling over China‘s Han Xinyun 6-1, 6-4 to reach the second round. The American made smart use of her drop shot and won five of six points when coming forward. She was effective on serve too, as the eighth seed was broken just once in the 71-minute victory.

“I‘ve been really enjoying the clay this season so I‘m just trying to extend that as long as possible at Roland Garros this year,“ Gibbs said. “There were some great things from my match today but also a ton of things to improve on. It‘s a good place to be after the first round.“

#WTTFamily members Kevin King (Philadelphia Freedoms) and St├®phane Robert (Breakers) also took to the red clay but went down to their respective opponents. King was defeated by Andrej Martin 6-2, 7-5, while former semifinalist Ernests Gulbis eliminated Robert 7-5, 6-4. King was contesting the event for the first time.