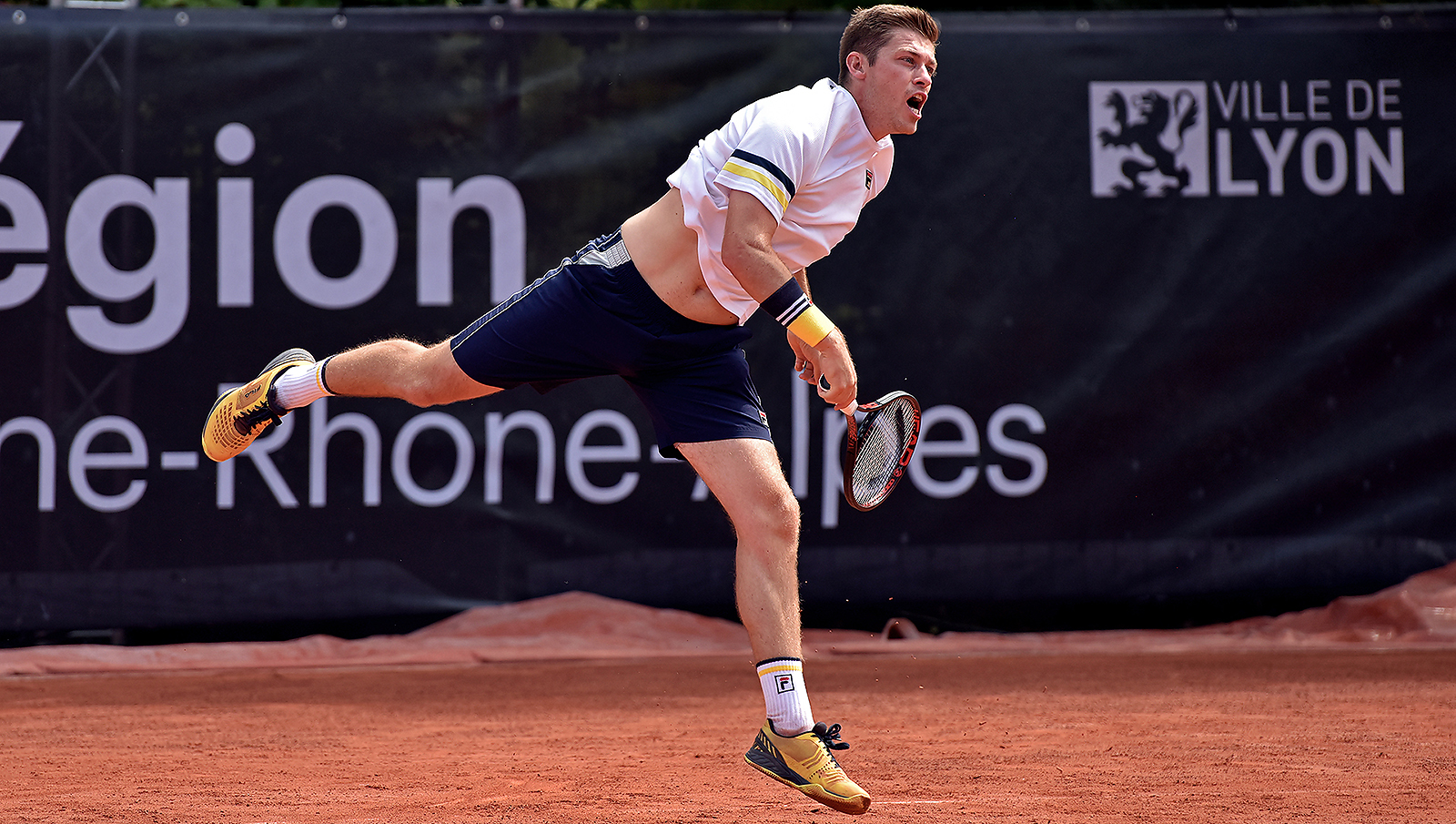 Take a road trip with WTT this week! Today, we write to you from Lyon, France, where several #WTTFamily members are fine-tuning their game ahead of the crown jewel of clay: Roland Garros.

The second largest urban area in France, Lyon has a rich tennis history on the ATP World Tour, having previously hosted an indoor event for more than 20 years. Now in its second year on the red dirt, it‘s one of the few locations offering players one last opportunity to gain confidence before the tennis world converges in Paris.

Playing on home soil, Philadelphia Freedoms standout Fabrice Martin describes Lyon as a city with “very good food and beautiful architecture. It‘s so relaxing to walk around this city to get your mind away from tennis.“

That peace and tranquility certainly helped Martin on Monday, as he and Purav Raja came through a nail-biter, edging Hans Podipnik-Castillo and Jackson Withrow 7-6(6), 7-6(5). Martin, who is looking to turn around a slow start to 2018, was pleased with their efforts.

“It‘s great to play pressure points before a Slam and win tight matches like this. It gives us lots of confidence.“

One player full of poise this year is Neal Skupski. Back for his third season with the New York Empire (and fourth overall in WTT), Skupski has soared to new heights in 2018. He raised his first ATP trophy with older brother Ken (a member of last year‘s champion Orange County Breakers) and broke into the Top 50 of the ATP Doubles Rankings.

“There are lots of positives to take away from the first half of the year,“ stated Skupski. “Ken and I are playing some of the best doubles of our career at the ATP 250 level, which is seeing improvements to our rankings.“

The Skupskis reached the Lyon quarterfinals with a 6-4, 6-7(4), 10-4 victory over James Cerretani and Nicholas Monroe. While they are focused on the task at hand this week, the British duo will make its team debut at next week‘s French Open, an occasion Neal won‘t be taking for granted.

“We will take this confidence into next week at Roland Garros. We see this as a great opportunity and hope to build on the success we‘ve already had this year.“

For both Martin and Skupski, each have been keeping up with their projected WTT mixed doubles partners. Martin, who combined to form the league‘s top mixed doubles team in Philadelphia last year with Taylor Townsend, got excited when discussing Townsend‘s rise in singles this spring.

“I always follow Taylor,“ said Martin. “She‘s so good. I really believe she can be at the top. I wish her the best every time I see her!“

Skupski knows how to win in mixed doubles too, having finished on top in the discipline in 2015 during his rookie season with Anabel Medina Garrigues. Three years later, Skupski is set to join forces with another accomplished Spaniard in WTT newcomer Mar├¡a Jos├® Mart├¡nez S├ínchez.

“Mar├¡a Jos├® is killing it on the WTA Tour right now with Andreja Klepac. They‘ve had great success throughout the year and I can‘t wait to team up with her on the Empire,“ Skupski said. “I‘m looking forward to playing with Mar├¡a Jos├® as she is one of the most talented doubles players out there! I think our games will match up very well.“