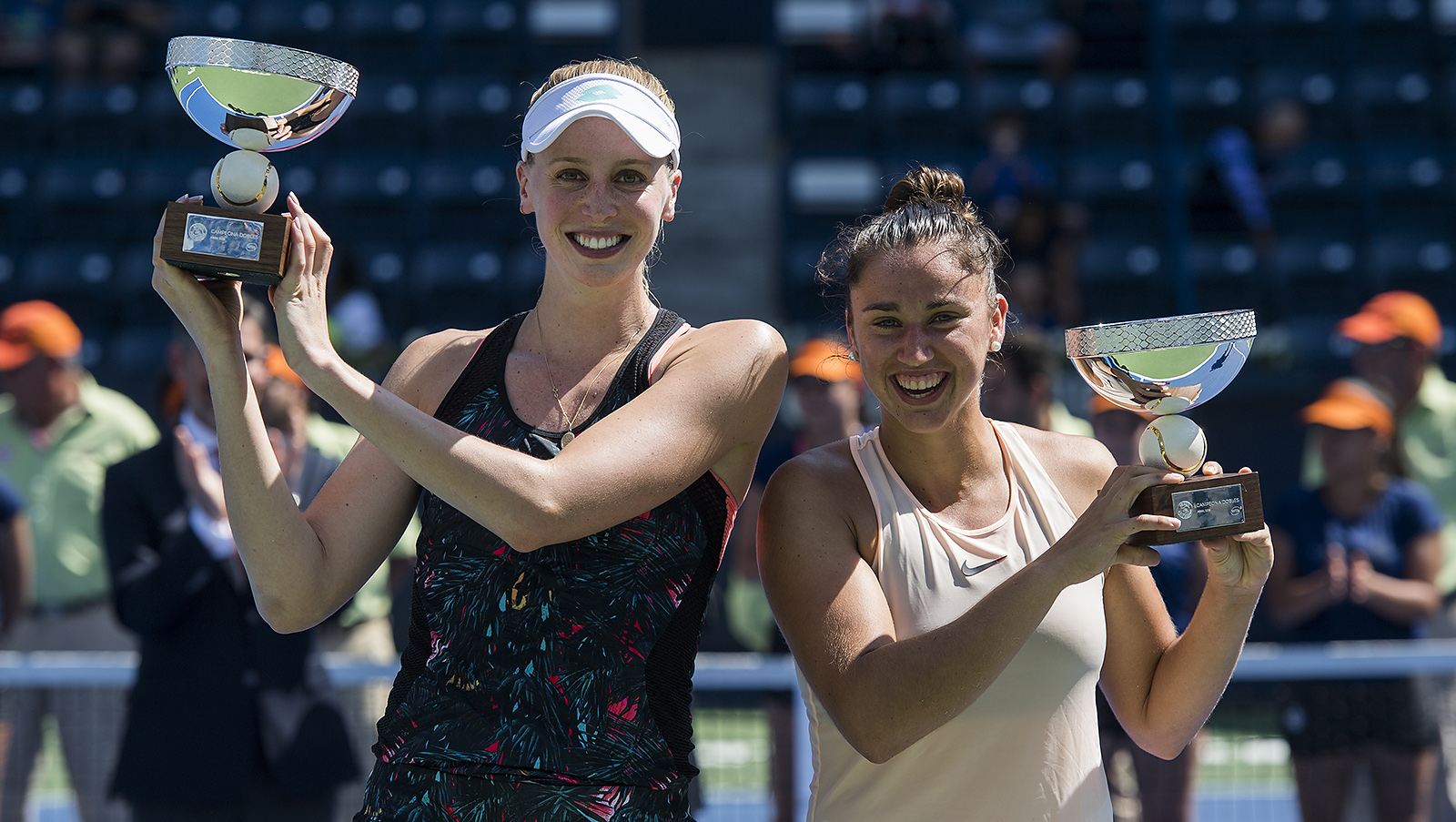 Entering the final, Broady and Sorribes Tormo had dropped just 14 games in their first three matches. But the pair was pushed by the inspired duo of Desirae Krawczyk and Giuliana Olmos. Broady and Tormo battled back to ultimately prevail 3-6, 6-4, 10-8.

“I was really surprised because sometimes when you play with a new partner it can take a few matches to get used to how they play and what are their best shots,“ Broady told the WTA website. “We have very different games styles. I like to hit flat and Sara plays with more spin but it works really well.“

Broady will play her third consecutive season of World TeamTennis this summer and second in a row with the Aviators.

The #WTTFamily tandem of Andreja Klepac (Orange County Breakers) and Maria Jose Martinez Sanchez (New York Empire) advanced to their third final of 2018 in Charleston, adding to runner-up efforts in Brisbane and Doha. Though Klepac and Martinez Sanchez were outclassed by Alla Kudryavtseva and Katarina Srebotnik 6-3, 6-3 in the title match, Klepac moved up to a career-high No. 18 in Monday‘s WTA Doubles Rankings.

In Davis Cup action, John Isner (Empire) and Jack Sock (Springfield Lasers) helped the United States move through to the semifinals for the first time since 2012 after sweeping Belgium 4-0.