Kastles, Freedoms Look To Challenge In 2018 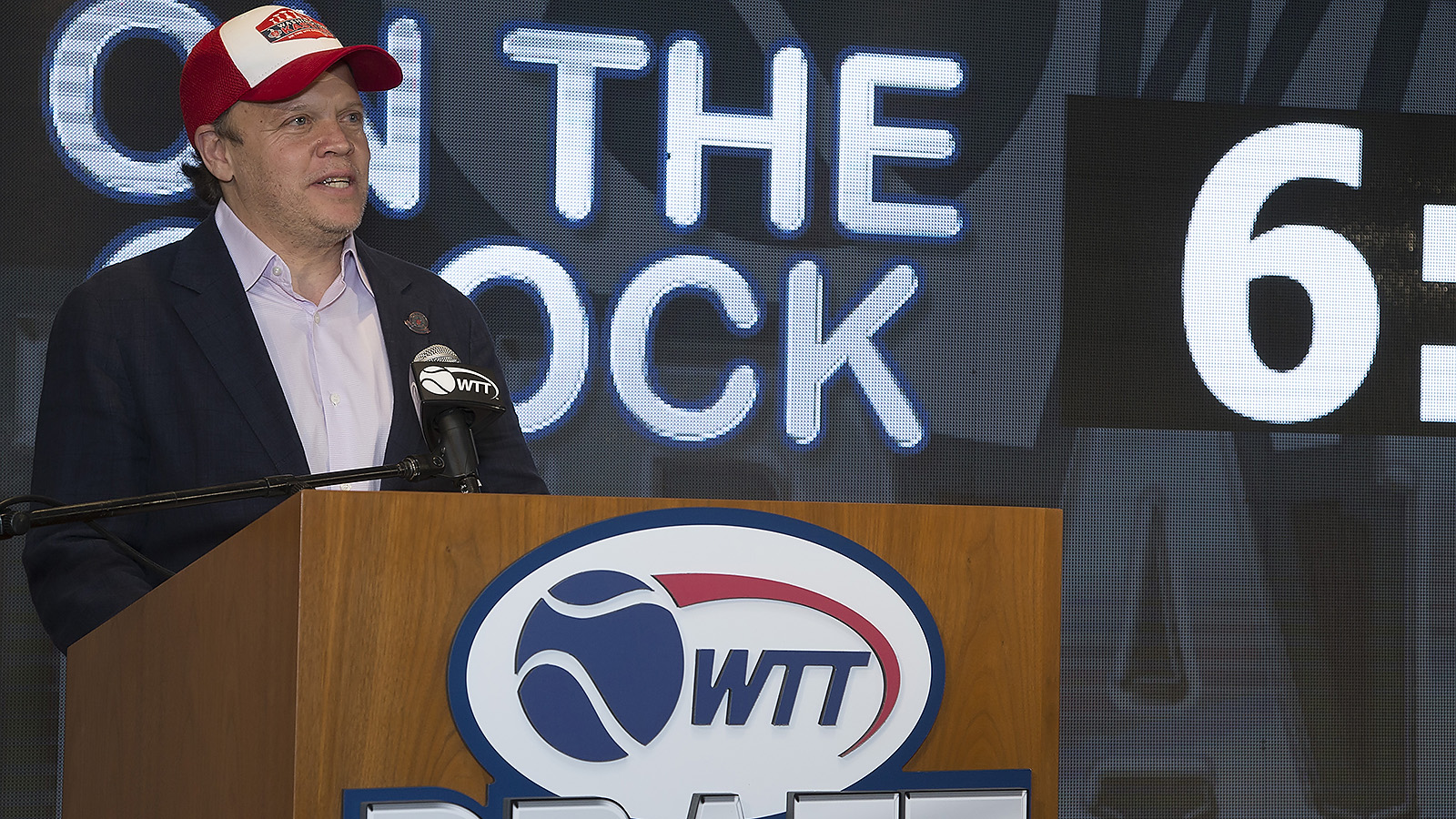 The Washington Kastles, the World TeamTennis dynasty of the decade that finished sixth last season, got a player they feel could be the cornerstone of the franchise like Bobby Reynolds was so many seasons.

The Kastles made Australian Open quarterfinalist and University of Tennessee alumni Tennys Sandgren the No. 1 pick in the 2018 WTT Draft. During his run to the quarters in Melbourne, Sandgren defeated Stan Wawrinka in the second round and Dominic Thiem in the fourth.

“We thought he was sort of head and shoulders the best men‘s singles player,“ Kastle owners Mark Ein said. “You have to pay attention when you have a chance to get a player for your whole season who had a result like that recently.“

The Kastles have been the dominate franchise, winning six titles over the last decade. However, the past two years, the Kastles have fallen on hard times, including a last-place finish in 2017. When Ein made his first-round selection, he said the goal is to make sure they‘re don‘t have the first-round pick again.

The fall from the top partly has to do with the retirement of Reynolds.

“We‘ve struggled over the last few years to try to find someone in the Bobby mold and they‘re not easy to find,“ Ein said. “It‘s not just their playing ability, but their mindset. The college guys particularly are very good at having the right mindset.

“Tennys feels like that kind of guy who‘s going to come in, love the team environment and close out matches like Bobby did for so long.“

Prior to the draft, the Kastles protected four players: Venus Williams, Bob and Mike Bryan and Madison Brengle.

As for protecting three Franchise players, Ein said it was a no-brainer. And Brengle has been with the team for years.

“Venus and the Bryans, how can you not protect them?“ Ein said. “Our fans love them on the team. They love watching them, so you have to.

“Madison is a real stalwart and one of the top players in the league every year in singles. She loves the format. She was a little hurt last year, but she‘s better.“

To complement Brengle, the Kastles drafted one of her close friends in Nicole Melichar.

Rounding out the draft, the Kastles added Robert Lindstedt, who subbed for the team at the end of last season and impressed the executives.

Looking at the overall picture, Ein is happy with the team‘s make up and not just because of the talent.

“When we were good, we didn‘t always have the best players, but we had the best chemistry and we‘re trying to recreate that,“ Ein said.

Another team excited for its draft is the Philadelphia Freedoms, the Billie Jean King-owned team that selected Amanda Anisimova, Kevin King and 2017 US Open finalist Kevin Anderson. They protected Taylor Townsend, Fabrice Martin and 2017 US Open champion Sloane Stephens.

“It was a little scary because it went exactly how I wanted it to go and that has never happened,“ Freedom coach Craig Kardon said.

“There‘s always surprises and trades and other teams picking players we are looking at. In this case, we got exactly what we wanted.“

The last two years have been a Southern California affair, as the San Diego Aviators and the Orange County Breakers have squared off in consecutive WTT Finals, with each winning a title.