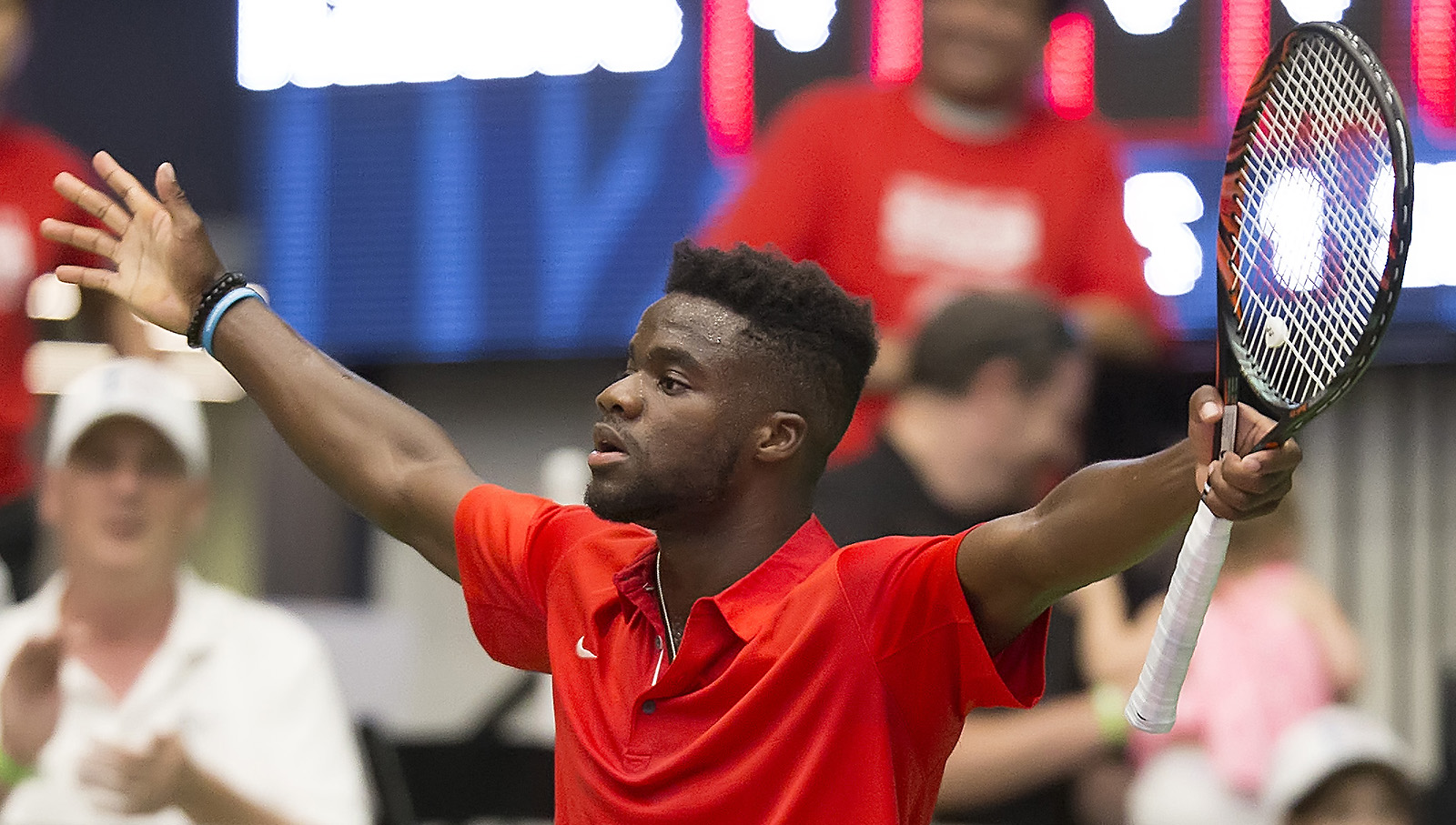 Frances Tiafoe entered the Delray Beach Open on the back of reaching his first Tour-level quarterfinal. Looking to capitalize on that momentum, the Washington Kastles star raised his level another gear to lift his first ATP title over the weekend, defeating Peter Gojowczyk 6-1, 6-4 on Sunday.

“It’s obviously a dream to win your first title,“ Tiafoe told the ATP website. “It’s an amazing feeling and I just hope I can get many more as I go along.“

It was an impressive week for Tiafoe, who prevailed in three consecutive three-set matches en route to the semifinals, including a win over second seed Juan Martin del Potro in the second round. Rain halted his quarterfinal clash with Australian Open semifinalist Hyeon Chung, but that didn‘t faze Tiafoe, who finished off Chung before returning to the courts a second time Saturday to upstage fellow young gun Denis Shapovalov in straight sets.

That left Gojowcyzk standing between Tiafoe and the trophy. Tiafoe saved his best tennis for last, firing 13 aces and converting four of six break point chances to dismiss the German in 62 minutes.

At the Open 13 in Marseille, Raven Klaasen (San Diego Aviators) and Michael Venus broke through for their first trophy together. The top seeds overcame fourth-seeded Marcus Daniell and Dominic Inglot 6-7(2), 6-3, 10-4 in the final. The victory gave Klaasen his 14th career doubles title.

The New York Empire‘s Kirsten Flipkens finished runner-up in the Budapest doubles event alongside Johanna Larsson. The two went down to Georgina Garcia Perez and Fanny Stollar in the title match.