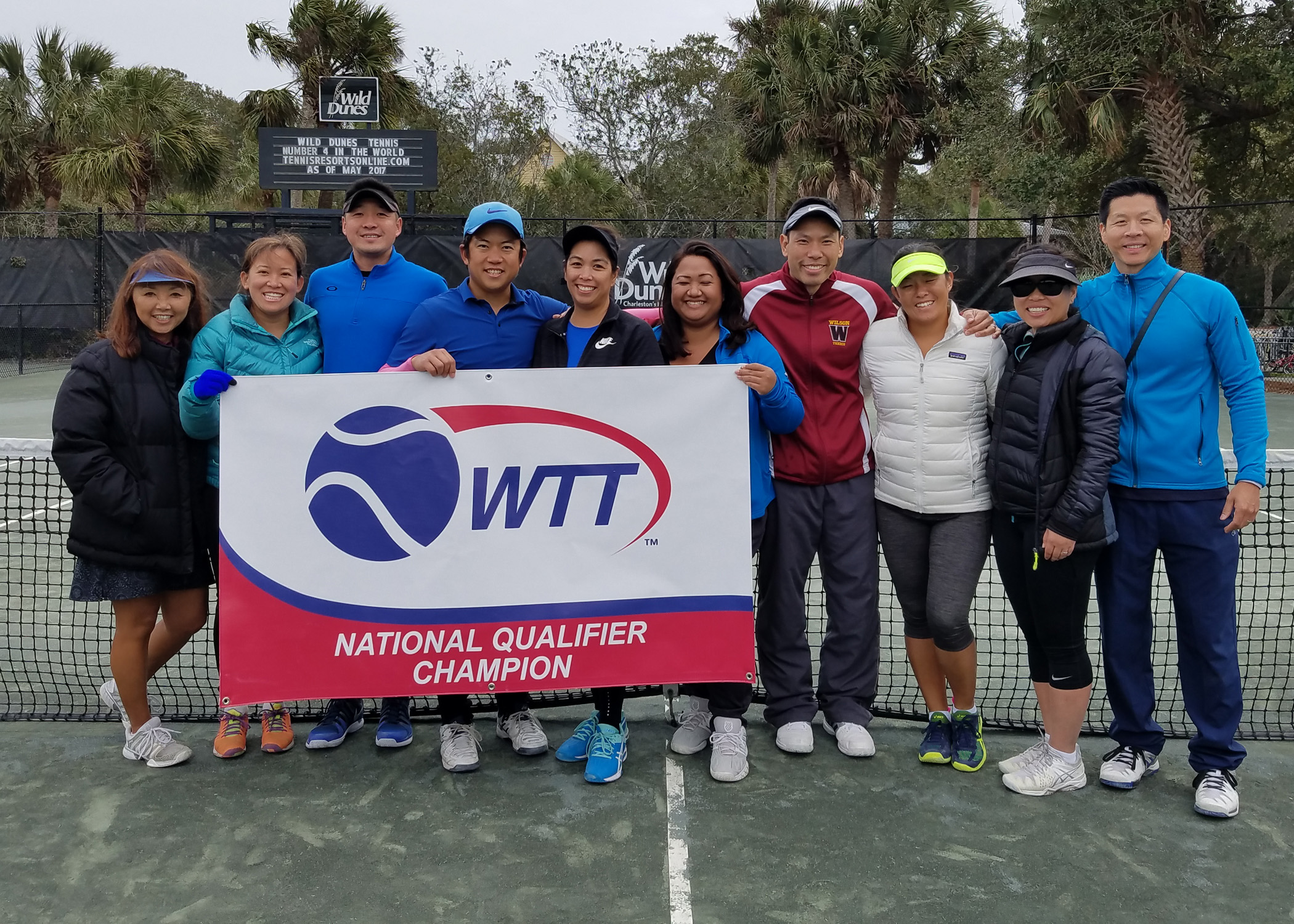 Teams representing 14 states opened up the WTT Community Tennis season by capturing nine division titles at the first WTT National Qualifier of the year at the Wild Dunes Resort in Charleston, S.C., over the weekend.

The National Qualifier is the first of seven events that will determine which WTT league teams advance to the 2018 WTT Nationals, November 2-4, in Palm Desert, Calif. Four teams from the Charleston event will be first-timers at the Nationals while the other five championship teams are making a return visit to the desert.

Here‘s a breakdown of the action in each division:

3.5 DIVISION: Tri-City Aces of Delanson, N.Y., won the 3.5 Division title with a 34-21 victory over Sweep the Leg of Cary, N.C., in the Championship Match. Both Tri-City Aces and Sweep the Leg were undefeated in round robin action to advance to the semifinals. The Aces were too strong for Arnold of Gansevoort, N.Y., with a 34-20 semifinal win. The second semifinal was a nail-biter as Sweep the Leg narrowly edged Mean Green Tennis Machine of Virginia Beach, Va., 27-26. The Aces‘ victory in the Finals punched their ticket to their first Nationals event. Led by captain George Schlottner of Delanson, N.Y., the Aces lineup included Enkeleda Cuko, Guilderland, N.Y.; Guy Barletta, Clifton Park, N.Y.; Jamie Anilowski, Ballston Spa, N.Y.; Justin Hoffman, Schenectady, N.Y.; Susan Dautel, Clifton Park, N.Y.; and Wendi Enright, Schenectady, N.Y.

A perennial contender, the Amarillo Racketeers of Amarillo, Texas, won all three of their round robin matches to advance to the National Finals as the Super Senior 4.0 Division representative.