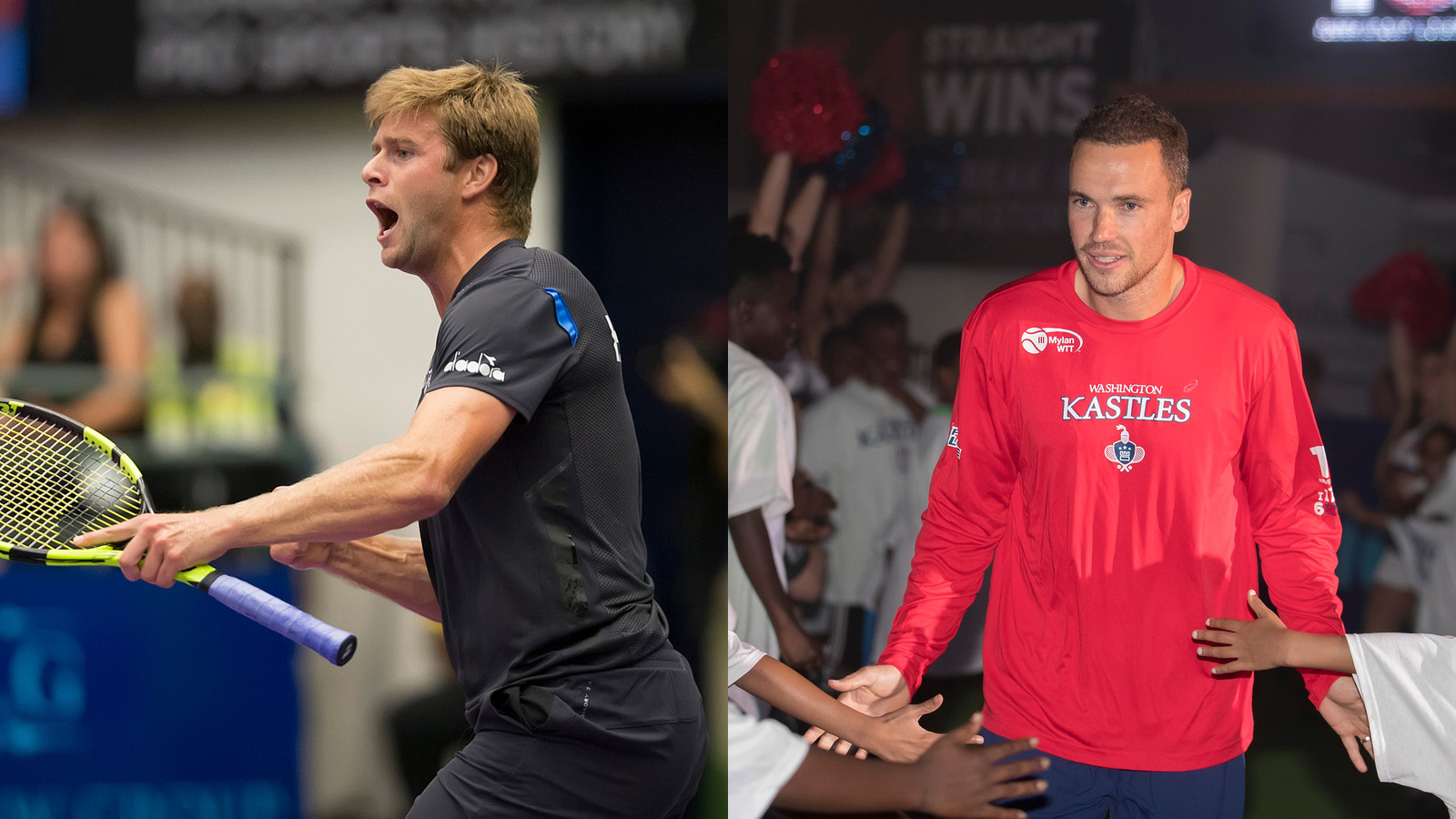 Two members of the Mylan WTT Family have advanced to the doubles semifinals of the Nitto ATP Finals in London.

Ryan Harrison (San Diego Aviators) and Michael Venus completed a perfect 3-0 record in the round-robin stage on Thursday to win Group Eltingh/Haarhuis. Despite entering the event as the lowest seeded team to qualify (eighth), Harrison and Venus defeated No. 2 seeds Henri Kontinen and John Peers, No. 3 seeds Jean-Julien Rojer (Springfield Lasers) and Horia Tecau, and No. 6 seeds Pierre-Hugues Herbert and Nicolas Mahut.

On Friday, Bruno Soares (Washington Kastles) and Jamie Murray dismissed the world No. 1 pair of Lukasz Kubot and Marcelo Melo 6-2, 6-4 to finish on top in Group Woodbridge/Woodforde. Facing a must-win situation, Soares and Murray capped off their round-robin results with a 2-1 mark to eliminate fellow Kastles Bob and Mike Bryan.

Harrison and Venus will have the first opportunity to reach the final in Saturday‘s day session semifinal against Kubot and Melo. Soares and Murray will open the night session by taking on defending champions Kontinen and Peers.