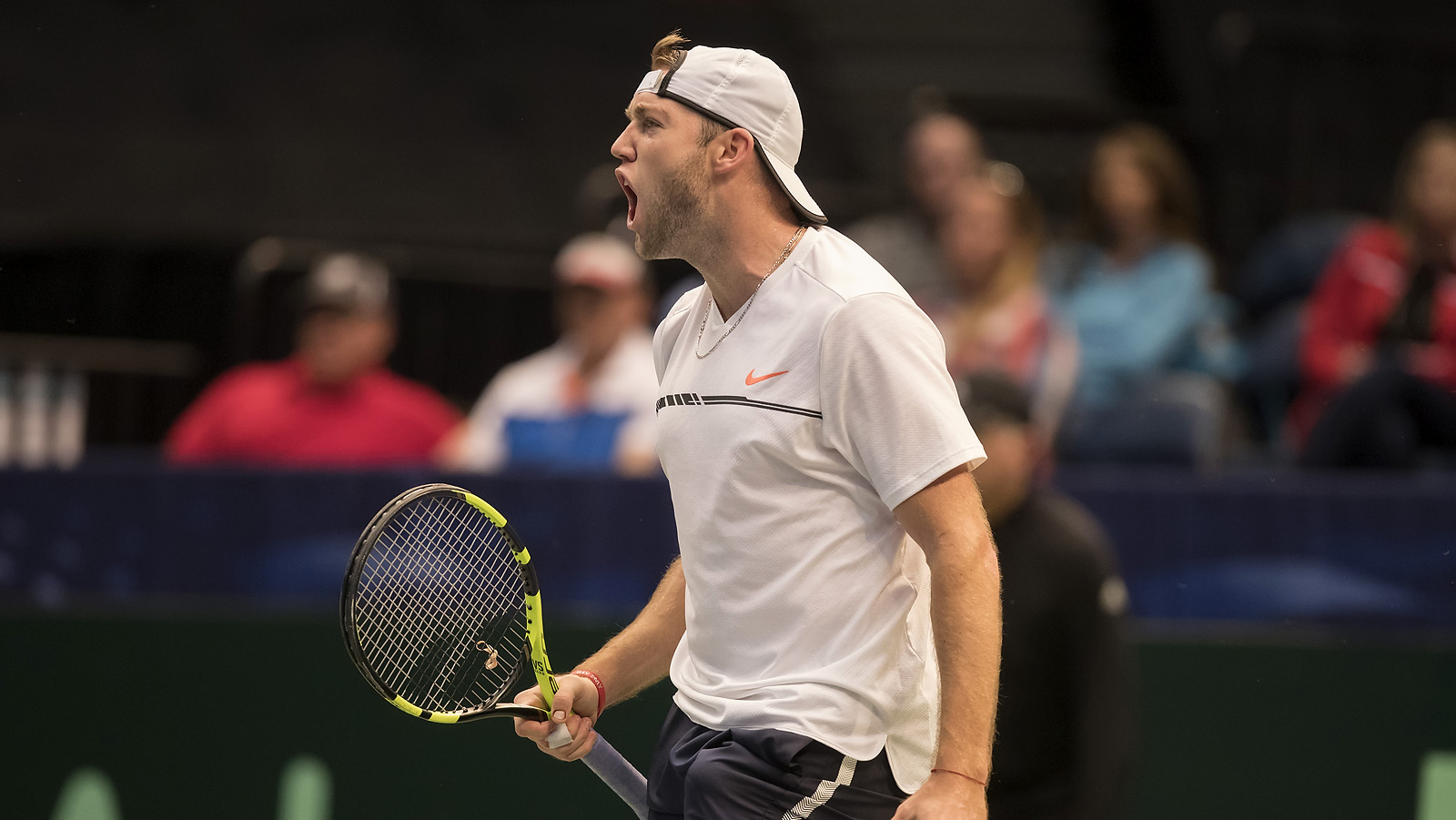 With a semifinal spot on the line, Springfield Lasers‘ star Jack Sock upset world No. 3 Alexander Zverev 6-4, 1-6, 6-4 at the Nitto ATP Finals on Thursday in London.

With both players knowing the Group Boris Becker clash was a ÔÇÿwinner stays, loser goes home‘ situation, it was Sock who held his nerve, despite losing serve to begin the decisive set. Though he would relinquish his own break advantage to the German, a confident hold proceeded breaking Zverev for a third time (fourth overall) to clinch the win in one hour and 53 minutes.

“I didn’t have the hottest start in the third, but I kept in there and kept fighting,“ Sock reflected afterwards.

By advancing to the last four, Sock becomes the first American to reach that stage at the year-end championships since Andy Roddick (Philadelphia Freedoms) in 2007. Sock is currently on a 9-2 win-loss run ÔÇô highlighted by his first ATP Masters 1000 triumph in Paris ÔÇô which ultimately qualified him for this week‘s season finale.

On Saturday, Sock will meet Group Pete Sampras winner Grigor Dimitrov. Sock has won three of their four previous meetings, with Dimitrov claiming the pair‘s only previous indoor hard match up three years ago in Stockholm.