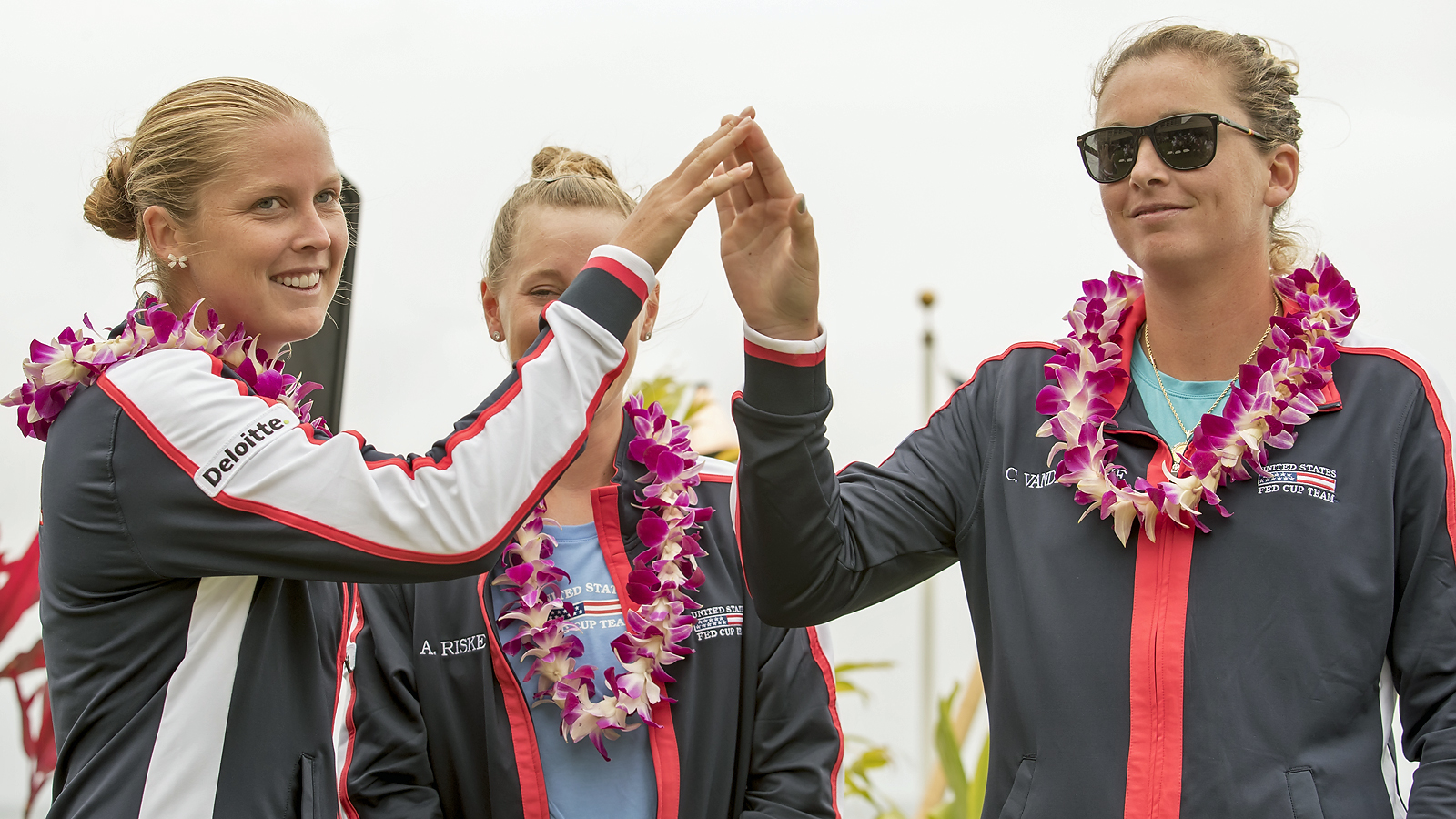 The United States Fed Cup team lifted its first trophy since 2000 after CoCo Vandeweghe and Shelby Rogers prevailed in the decisive doubles rubber over host Belarus on Sunday in Minsk.

Vandeweghe and Rogers, teammates on the San Diego Aviators, topped Aryna Sabalenka and Aliaksandra Sasnovich 6-3, 7-6(3) to seal the win for Team USA. It was a weekend and season to remember for Vandeweghe in Fed Cup action: the 25-year-old posted an 8-0 record, which included winning all six live singles rubbers she played.

“It was a lot of work and a lot of dedication to the Fed Cup, in each and every round,“ Vandeweghe told FedCup.com.

Added Rogers, “She‘s such a leader for this team, she‘s been here all year long for us, and to have this moment here is so special.“

Sloane Stephens (Philadelphia Freedoms) narrowly missed out on clinching the win in the event‘s fourth match, falling to Sasnovich in a thrilling 4-6, 6-1, 8-6 battle. Vandeweghe started the day off by easing past Sabalenka 7-6(5), 6-1.

In Waco, Texas, Freedoms star Taylor Townsend won the $80K USTA Pro Circuit title to cement her return to the Top 100 of the WTA‘s singles rankings. Townsend defeated Ajla Tomljanovi─ç 6-3, 2-6, 6-2 in Sunday‘s final, adding to a runner-up effort in the doubles event with Jessica Pegula. Townsend has won a combined six ITF titles in her past five tournaments.