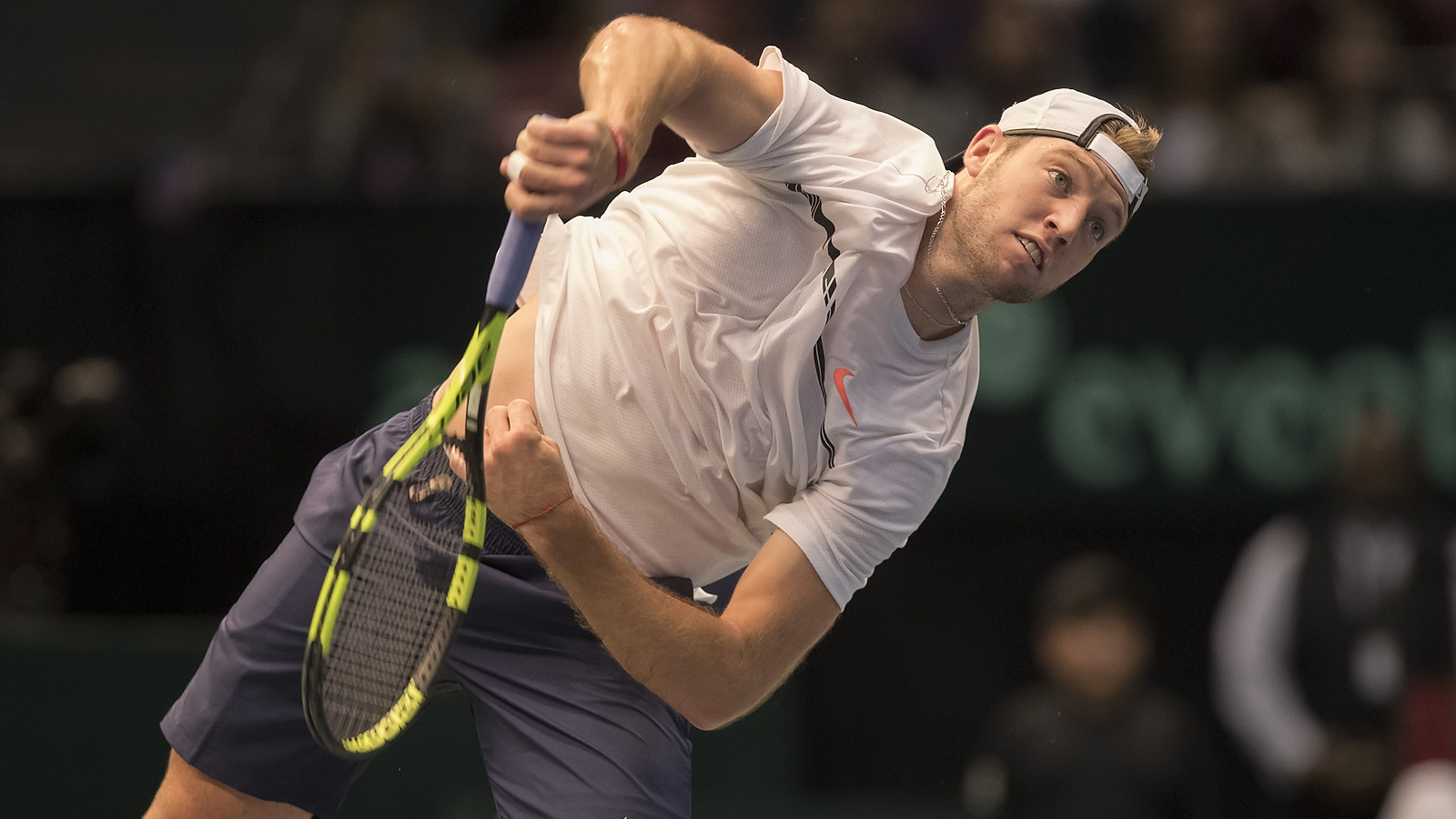 The 2017 season is far from over for Jack Sock after the Springfield Lasers star won his biggest title to date on Sunday, resulting in a slew of first-time achievements.

Sock, who wasn‘t in ÔÇÿthe playoff picture conversation‘ when the ATP Masters 1000 event in Paris began last week, became the first American since Mardy Fish (New York Empire) in 2011 to qualify for the season-ending ATP Finals in London. Sock vaulted from 24th position in the race to claim the final berth after defeating qualifier Filip Krajinovic 5-7, 6-4, 6-1 for his first trophy at the 1000 level. The final marked the third time Sock rallied from a set down during his run, which included overcoming a 1-5 second set deficit in his opening-round victory over Kyle Edmund.

“To come back from the deficit I was down and to have this trophy next to me now has been an incredible achievement,“ said Sock.

As a result of his triumph, Sock makes his debut this week inside the Top 10 of the ATP Singles Rankings at No. 9 and will finish the year as the No. 1-ranked American for the first time, ending a five-year streak held by John Isner (New York Empire). Sock entered Paris on a 4-7 stretch dating back to Montreal but improved to 36-19 by winning his third title on the year, adding to successes in Auckland and Delray Beach.

Isner put himself into contention with a semifinal run of his own, which included topping Juan Martin del Potro in the quarterfinals. Krajinovic ultimately prevailed in a decisive tiebreak to end Isner‘s London hopes. Bruno Soares (Washington Kastles) and Jean-Julien Rojer (Springfield Lasers) posted solid showings on the Paris doubles courts, each progressing to the semifinals with Jamie Murray and Horia Tecau, respectively.

At the WTA Elite Trophy in Zhuhai, CoCo Vandeweghe (San Diego Aviators) reached the final to attain her own rankings milestone. Though she went down to Julia Goerges in the title match, Vandeweghe‘s results propelled her to the Top 10 for the first time.