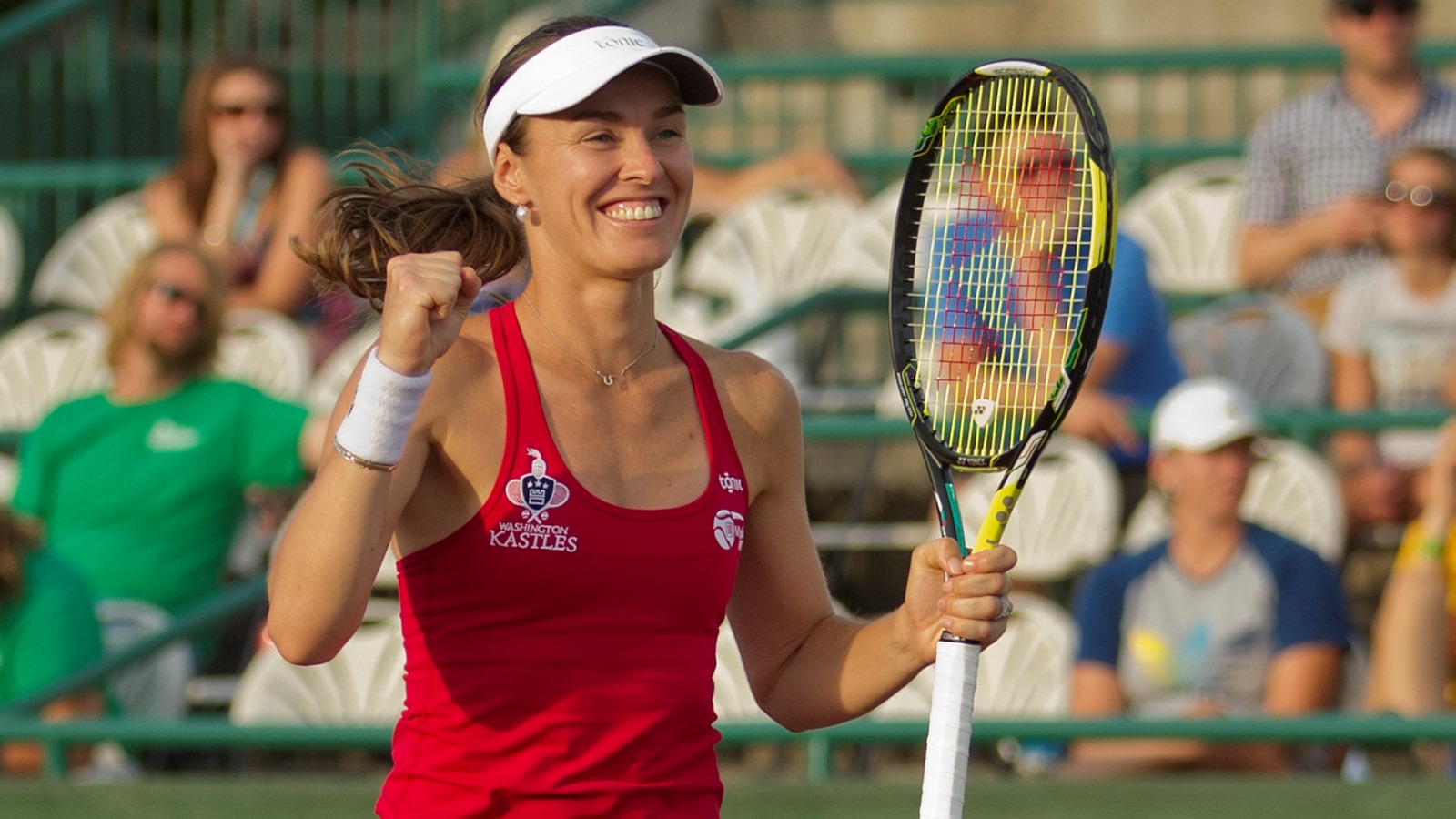 Champions come in all shapes and sizes. While some are fortunate to feel this sensation just once, others turn winning into a standard of living.

For more than forty years, World TeamTennis has welcomed some of tennis‘ greatest champions to its multi-colored courts ÔÇô with each bringing their own extraordinary qualities to their teams. One, in particular, has raised the bar time and time again for everyone around her to strive for and respect.

Martina Hingis has been a champion for over 20 years, and her relationship with WTT is a special one. In a career that saw Hingis become the youngest player to win a Grand Slam title and the youngest to reach No. 1, it‘s World TeamTennis where Hingis twice launched a comeback that brought her back to the sport‘s center stages.

There was 2005, when Hingis led the New York Sportimes to the championship as the Finals MVP. Her performance that season afforded Hingis the confidence to propel herself back inside the WTA Top 10 just a year later. There were the consecutive seasons in 2012 and 2013 where Hingis emerged as a dominant fixture to earn Female MVP, preceding her return to the tour as a doubles specialist. More on that laterÔÇª

This time around is different. The Swiss Miss is leaving on her own terms, following a doubles semifinal defeat on Saturday at the WTA Finals in Singapore. Her accomplishments ÔÇô including 25 combined major titles and 209 weeks spent atop the WTA Singles RankingsÔÇô more than speak for themselves. And then there is the ÔÇÿMartina magic‘, where her teamwork made the dream work.

Since 2013, Hingis materialized into a gamechanger for the Washington Kastles. During her five seasons with Washington, Hingis contributed a 75-20 mark in sets played across women‘s singles, women‘s doubles and mixed doubles. The Kastles were 34-2 during that span.

Hingis rejuvenated a team with a giant target on its back with the Kastles having posted successive perfect seasons in 2011-12. The result was captivating, but unsurprising. Washington added three more championships to become the first team in league history to achieve a five-peat. Hingis was involved with winning eight of the 15 sets played in those winner-take-all matches. Her reliability and consistency under pressure will be irreplaceable to a franchise looking to recapture its past glory.

In deciding to hang up her racket one last time, Hingis goes out on top as the co-No. 1 doubles player with partner Yung-Jan Chan. The two joined forces in March of this year to post a flawless 9-0 record in title matches, winning the US Open along the way. You can add Chan to a blank space in the diary of names Hingis has achieved dreams with.

Hingis lifted Grand Slam hardware with 11 different partners. When sharing the court in a major final, Hingis collaborated to win 20 out of 23 times, including all seven stints in mixed doubles. One partnership resulted from her time with the Kastles, on a plane to Springfield, Missouri no less. Then team captain Leander Paes, a mixed doubles stalwart in his own right, threw out the idea of expanding their partnership to the Grand Slam events. Hingis accepted. Less than two years later, Hingis and Paes completed a Career Team Grand Slam.

WTT co-founder Billie Jean King once said, “Champions adjust.“ Hingis certainly mastered that characteristic on the court. Now, we wish her well in acclimating to life away from the tramlines. Thank you, Martina.