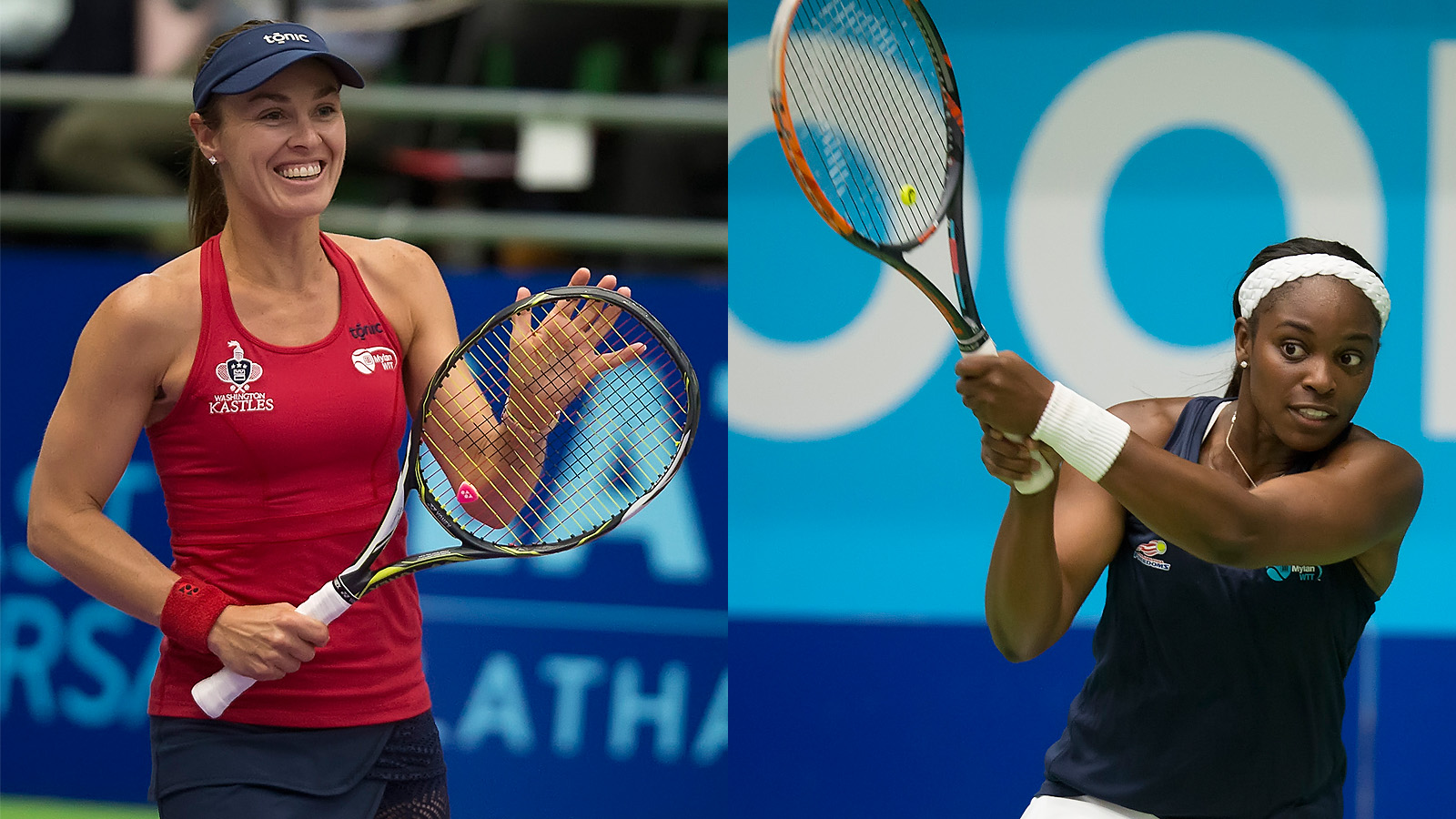 Two members of the Mylan WTT Family have been named recipients of the 2017 WTA Player Awards.

Washington Kastles superstar Martina Hingis and partner Yung-Jan Chan were recognized as the WTA Doubles Team of the Year in a season that saw the duo post a remarkable 9-0 record in finals. Hingis and Chan, who debuted by triumphing at Indian Wells, impressively advanced to the quarterfinals or better at every tournament they entered together.

As a result of their tremendous season, which saw the pair lift the US Open trophy, Hingis reclaimed No. 1 in the WTA Doubles Rankings (Chan is right behind her at No. 2). Hingis and Chan look to complete their season in style at the WTA Finals in Singapore, where they will carry an 18-match win streak heading into the event.

WTA Comeback Player of the Year honors went to Sloane Stephens of the Philadelphia Freedoms. Out of action for 11 months with a left foot injury ÔÇô and watching her ranking drop as low as No. 957 ÔÇô Stephens began her comeback at Wimbledon, followed by two weeks of World TeamTennis with the Freedoms.

The American hit her stride in Toronto and Cincinnati, reaching consecutive semifinals, before putting together a dream run to win the US Open. At Flushing Meadows, Stephens eliminated five seeded players en route to the crown. On the strength of her summer hard court performances, Stephens qualified for the WTA Elite Trophy Zhuhai.