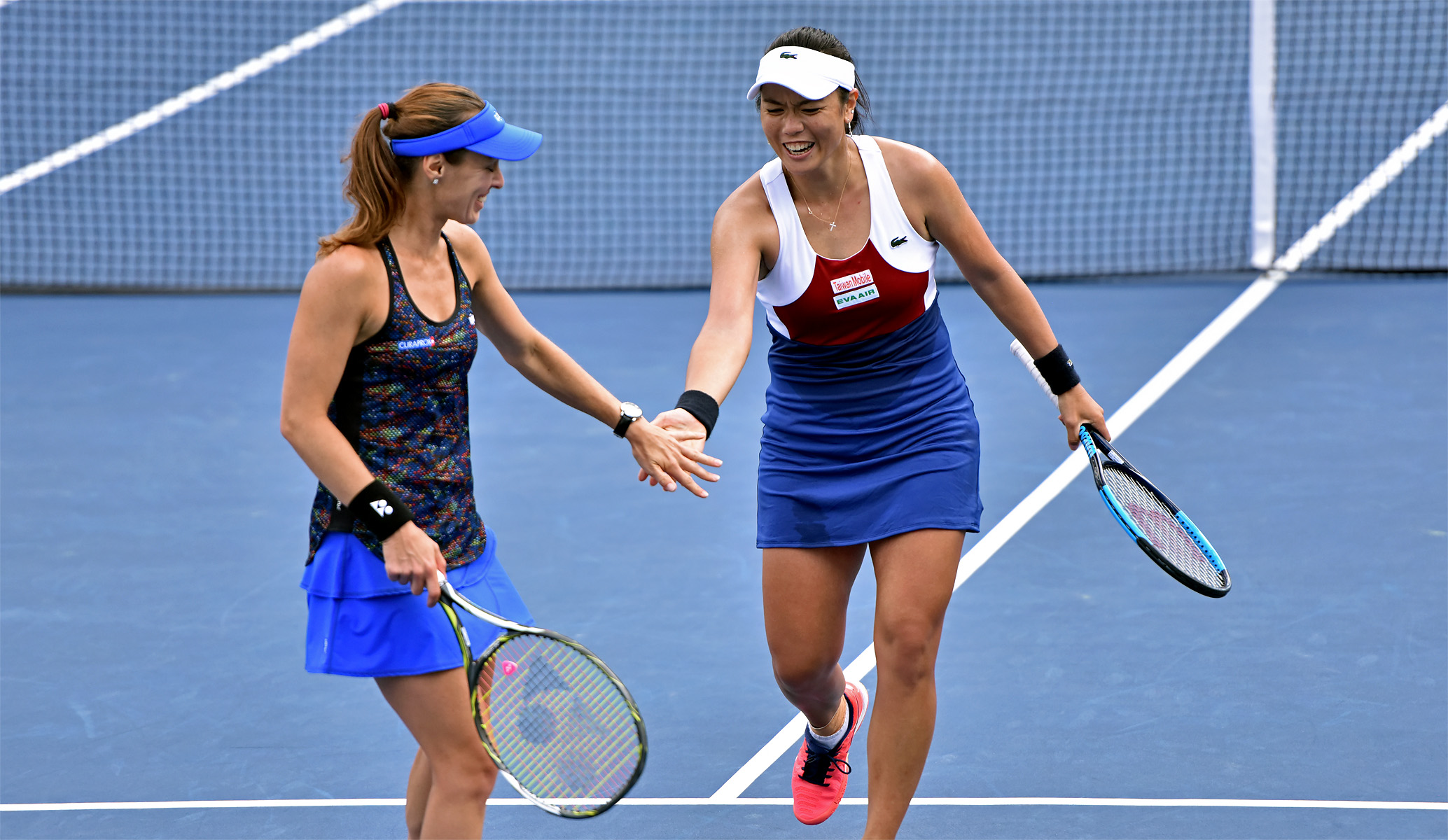 Martina Hingis (Washington Kastles) and Yung-Jan Chan cannot be stopped. The reigning US Open champions secured their ninth WTA doubles title of the year, and fourth in a row, after their latest victory in Beijing.

The top-seeded Hingis and Chan cruised past fourth seeds Timea Babos and Andrea Hlavackova 6-1, 6-4. Hingis and Chan were not broken in the China Open title match en route to notching their 18th straight win.

“It was a great tournament for Latisha and I,“ Hingis told the WTA website. “We are very happy we were able to show some good tennis out there.“

The Mylan WTT Family duo of John Isner (New York Empire) and Jack Sock (Springfield Lasers) joined forces to reach the men‘s doubles final in Beijing. The two were ultimately defeated by No. 1 seeds Henri Kontinen and John Peers, 6-3, 3-6, 10-7. Isner and Sock previously captured the ATP World Tour Masters 1000 event in Shanghai last year and return this week to defend their crown. Both will also look to make an impact in the singles draw.

Bruno Soares (Washington Kastles) advanced to the doubles final in Tokyo alongside Jamie Murray. As a result of their runner-up effort (their seventh final this season) to Ben Mclachlan and Yasutaka Uchiyama, Soares and Murray moved up to No. 4 in the ATP Doubles Race To London.