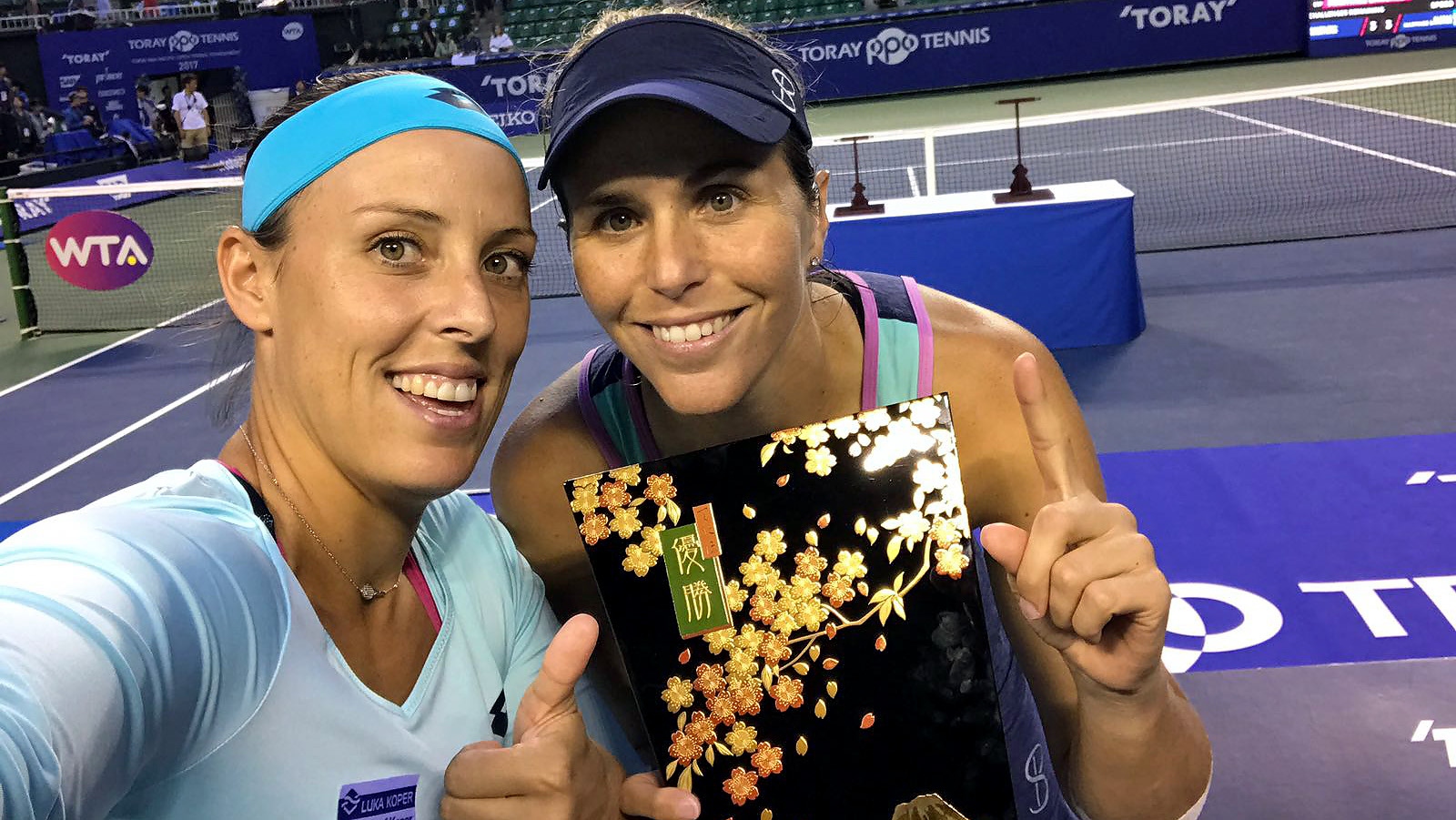 Klepac and Martinez Sanchez, the No. 4 seeds, dropped just one set throughout the tournament en route to the trophy. The victory marked Klepac‘s fifth WTA doubles crown and first in two years (Seoul 2015).

As a result of their win, the Slovenian-Spanish duo remains in the hunt to qualify for the season-ending WTA Finals Singapore. Klepac and Martinez Sanchez currently stand in 10th position but are in line to make the cut as of today; Bethanie Mattek-Sands is out for the season with a right-knee injury and Andrea Hlavackova is ranked with two different partners. The top eight teams will compete in Singapore, with Kastles superstar Martina Hingis and Yung-Jan Chan leading the way in the pole position, having qualified in August. Mylan WTT tandem Anna-Lena Groenefeld (Springfield Lasers) and Kveta Peschke (Philadelphia Freedoms) sit in sixth, respectively.