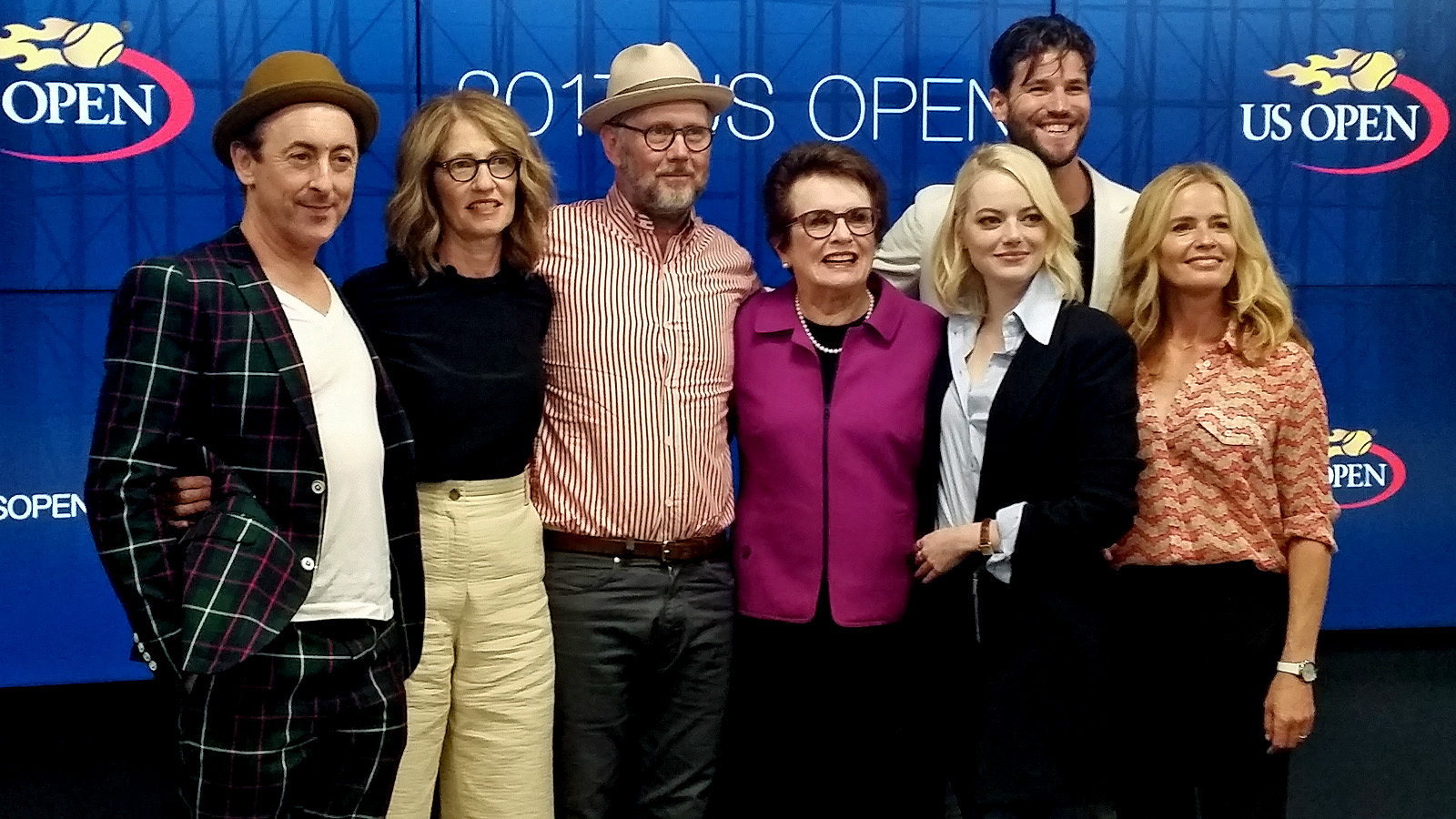 On September 20, 1973, an audience of 90 million worldwide tuned in to see Billie Jean King defeat Bobby Riggs 6-4, 6-3, 6-3 in the highly anticipated Battle of the Sexes at the Houston Astrodome. Forty-four years later, King‘s historic win, and drive for social justice, is illuminated by Hollywood in a new star-studded feature film.

This Friday, “Battle of the Sexes“ will be released to select cities (nationwide release is September 29), starring reigning Oscar winner Emma Stone as King and Steve Carell as Riggs. King, who commended the ÔÇÿwonderful balance‘ in the movie, wants viewers to understand the film extends beyond the match itself, examining public perceptions and personal battles.

“It was about what was going on then and at least where I wanted life to go,“ King said earlier this month at the US Open. “It‘s not just a tennis movie. It‘s really about social change. It was also inner struggles that we all go through. There is a lot of humor in it, too, which is great.“

Stone focused her exploration on King‘s pre-30s years, rather than spending time in-person with the trailblazer. The actress felt honing her research on King‘s life before the match was the best way to capture the essence of someone who was not yet fully formed.

“I could never live up to Billie Jean King. I had to take that off the table,“ said Stone. “She is a true humanitarian. I think that spirit was vital to try to even get the edges ofÔÇª it was clear I needed to read those interviews and watch that footage [to] see what happens before someone has the benefit of all these years of retrospect.“

Having never previously played a living person before, Stone was tasked with a new challenge. Though a tall order, the natural teacher in King helped Stone tackle the complexities like a tennis match, one point at a time.

“The pressure of wanting to do right by her was definitely immense, but there couldn‘t be a more supportive person in that circumstance,“ stated Stone. “She‘s a coach, and immediately when we met, she said, ÔÇÿyou like to dance. Well, the tennis court is my stage. You know what it feels like to be onstage and perform. Those moments you‘re on the court, everything else is gone.‘“

On Stone‘s ultimate portrayal, King had nothing but praise for the 28-year-old.

“Emma captured what I was feeling so well,“ stated King. “It‘s frightening that somebody can do that. It was really eerie, actually.“

For more about “Battle of the Sexes“, visit http://www.foxsearchlight.com/battleofthesexes.