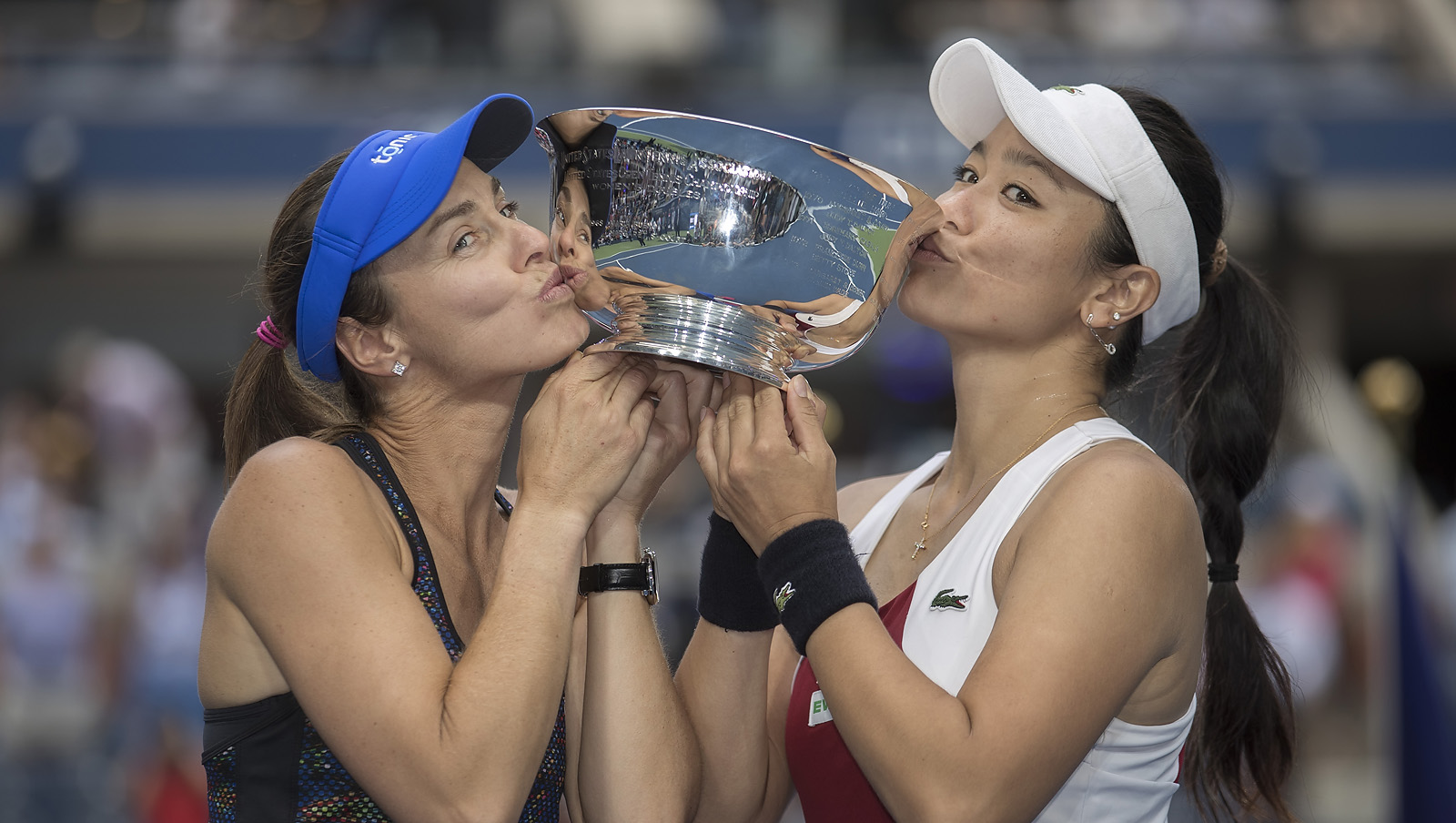 A day after winning the US Open mixed doubles title, Washington Kastles superstar Martina Hingis picked up her 25th major title on Saturday.

Hingis teamed up with Yung-Jan Chan to win the women‘s doubles crown, as the two eased past Czechs Lucie Hradecka and Katerina Siniakova 6-3, 6-2. Hingis and Chan did not face a break point and combined for a remarkable 22 winners to just two unforced errors in the 65-minute contest.

“Twenty-five sounds pretty amazing. I’m definitely very proud, but I think today is really the teamwork that matters,“ Hingis said afterwards at the pair‘s post-match press conference. “We just played impeccable, pretty much from the start to the end. We didn’t let the nerves kick in.“

The victory marked the pair‘s seventh title of the season and Chan‘s first triumph at a Grand Slam event. Hingis and Chan had previously reached the semifinals at the French Open and quarterfinals of Wimbledon, buth walked away disappointed having entered each event on the back of multiple title successes on both clay and grass.

“I think we overcame that kind of hurdle. Everything kind of fell into place,“ assessed Hingis. “For me especially, it was a disappointing Wimbledon. I think we should [have} done better. We were pumped up to go all the way here.“

Hingis is a three-time women‘s doubles champion at Flushing Meadows (1998, 2015) and will move up to world No. 2 on Monday in the latest WTA Doubles Rankings.