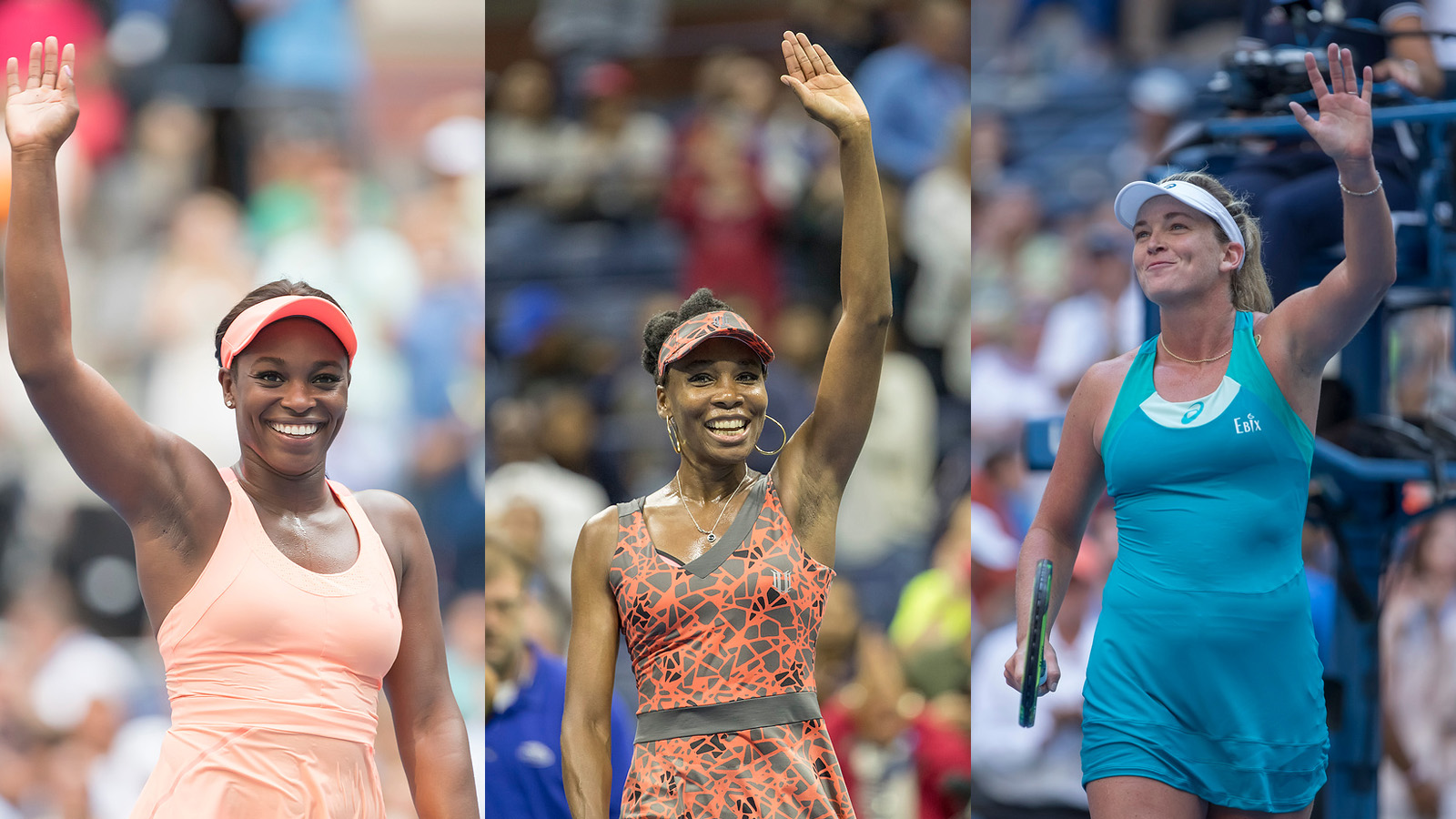 Three players who suited up during the 2017 Mylan WTT season have advanced to the women‘s singles semifinals of the US Open.

Longtime Washington Kastles star Venus Williams will square off against Sloane Stephens of the Philadelphia Freedoms in the first semifinal Thursday evening in Arthur Ashe Stadium. Williams defeated Stephens 5-2 in Philadelphia in WTT action in July, while Stephens took the pair‘s only tour-level meeting two years ago in the first round of the French Open.

“I think Venus is just our leader. I think as a whole, she’s what everyone looks up to. She’s a great player, a great person. She’s a great leader,“ Stephens said Tuesday at the USTA Billie Jean King National Tennis Center. “I’m just honored to be able to play at the same time as her. I’m happy she’s still playing. She means a lot to the game.“

Stephens was the first to book her spot in the last four after overcoming 16th seed Anastasija Sevastova 6-3, 3-6, 7-6(4) on Tuesday evening. The victory saw Stephens advance to her second major semifinal and first since the 2013 Australian Open. Stephens has won the first set in all five matches she‘s played during the tournament.

Williams booked her clash with Stephens by edging Petra Kvitova 6-3, 3-6, 7-6(2) in an exciting Tuesday night tussle. The 37-year-old is aiming to reach her third major final of the season, following runner-up efforts at the Australian Open and Wimbledon. A victory over Stephens would see Williams progress to the title match at Flushing Meadows for the first time since 2002.

“It’s been a great two weeks for American tennisÔÇª seeing all the American players in the draw and all of them advancing so deep and competing so well,“ said Williams. “All I have known all my life was great American players. So it’s great to see this resurgence, and I hope it can continue.“

On Wednesday, San Diego Aviators standout CoCo Vandeweghe knocked out top-ranked Karolina Pliskova 7-6(4), 6-3 to move into her second semifinal at a Grand Slam event this season (Australian Open). Vandeweghe also ousted then world No. 1 Angelique Kerber during her Melbourne run. The 25-year-old is still alive in mixed doubles as well, reaching the semifinal stage with Horia Tecau.

Former Mylan WTT player Madison Keys (who played for the Aviators in 2015) hopes to make it an all-American affair when she takes on Estonia‘s Kaia Kanepi in the final women‘s quarterfinal Wednesday evening.

“Let’s make it four for four,” Vandeweghe proclaimed on-court after her win.