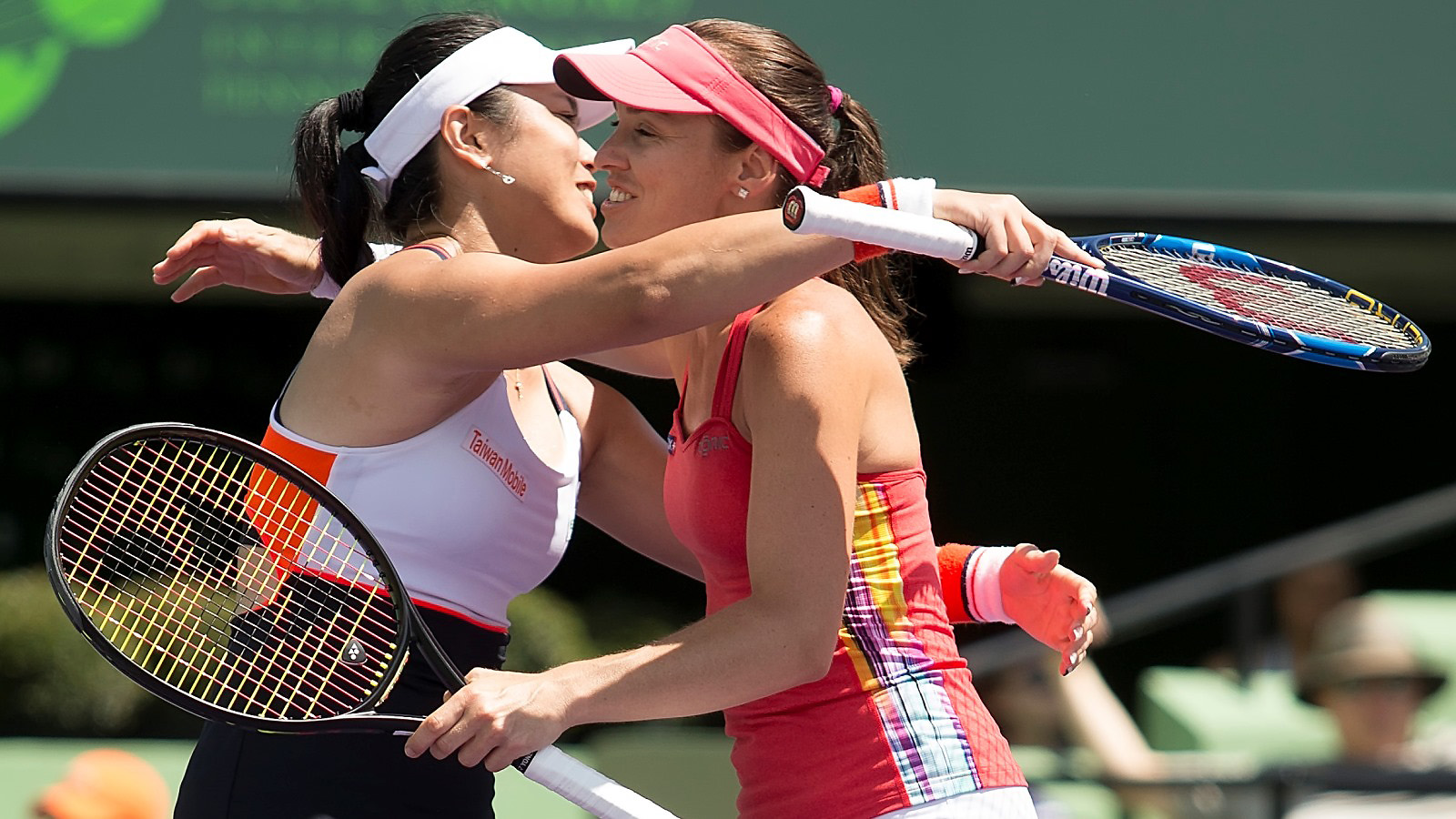 Washington Kastles superstar Martina Hingis and partner Yung-Jan Chan improved to 6-0 in WTA doubles finals this season, triumphing at the Western & Southern Open in Cincinnati, Ohio, over the weekend.

Hingis and Chan turned the tide in Saturday‘s final to edge Hsieh Su-Wei and Monica Niculescu, 4-6, 6-4, 10-7. The Swiss/Taiwanese pair overcame a 4-0 deficit in the decisive match tiebreak to claim the trophy in one hour and 31 minutes. With the win, Hingis and Chan added to title successes at Indian Wells, Madrid, Rome, Mallorca and Eastbourne.

“We had to adjust, especially me in the beginning,“ Hingis told the WTA website. “I think it’s sometimes the teamwork, we pull each other at the end, and I think I left my best tennis for the super-tiebreaker.“

In singles action, Sloane Stephens (Philadelphia Freedoms) put together another impressive string of matches, advancing the semifinals for the second consecutive week. Stephens defeated Czechs Petra Kvitova and Lucie Safarova for the second time in as many weeks before upending Julia Goerges in the quarterfinals. As a result, the American returned to the Top 100 of the WTA Rankings at No. 84 on Monday.

John Isner (New York Empire) will be the top-seeded American at the upcoming US Open following his semifinal performance in Cincinnati. Isner, who won the title in Atlanta earlier this summer, knocked out three consecutive compatriots (Tommy Paul, Frances Tiafoe of the Kastles and Jared Donaldson) during his run. Isner is expected to be seeded 11th in New York.

On the ATP Challenger Tour, Isner‘s NY Empire teammate Neal Skupski picked up his second title in a row. Joining forces with James Cerretani, the two eased past the Kastles tandem of Treat Huey and Robert Lindstedt 7-6(6), 6-2 in the Vancouver Challenger final. Skupski has returned to his career-high ATP doubles ranking of No. 69 this week.