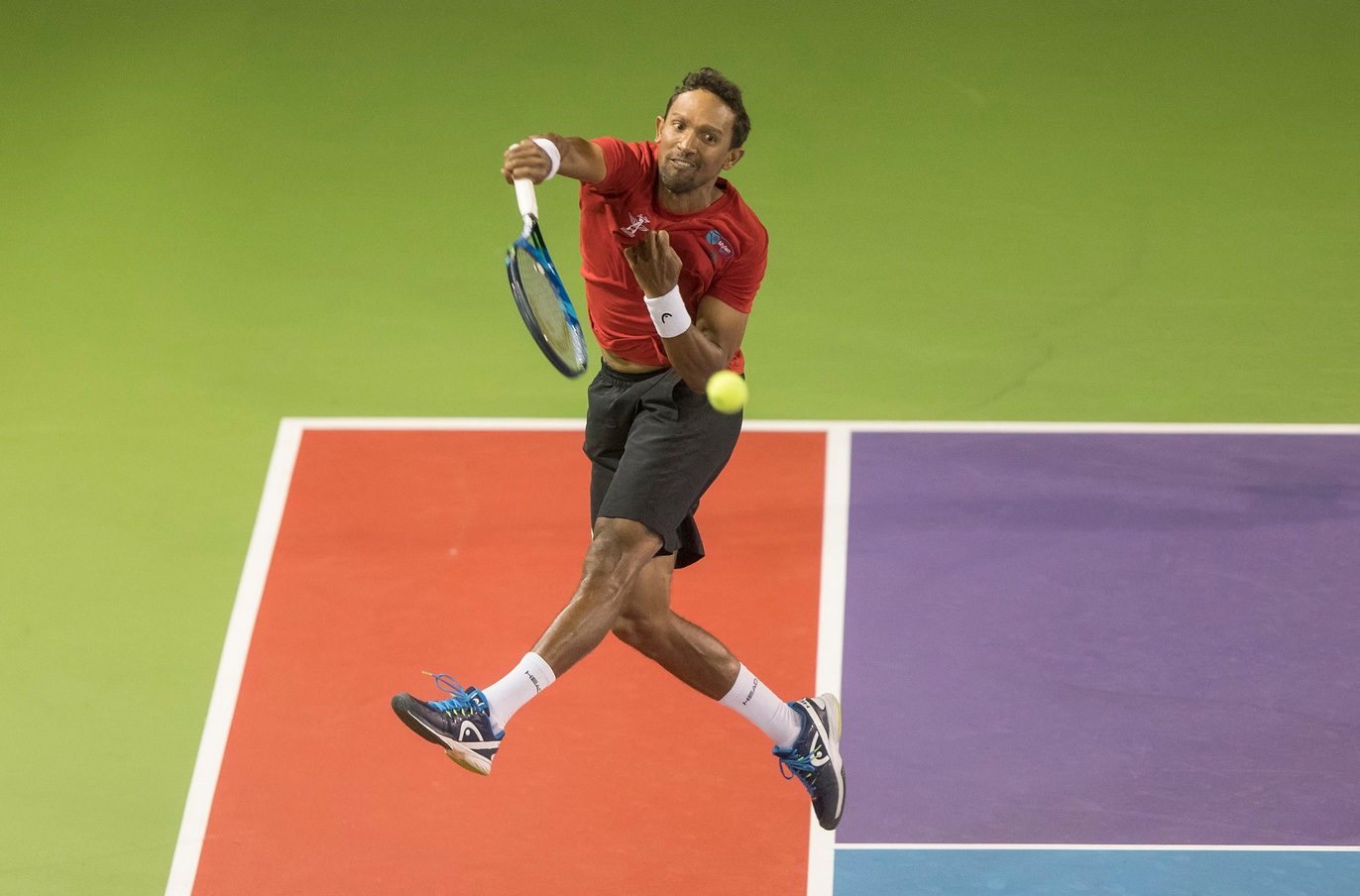 A festive atmosphere highlighted a beautiful summer night as a loud, vocal capacity crowd saw the Breakers win the opening set of the evening. Former US Open semifinalist Yanina Wickmayer got Orange County off to a strong start after winning a hard-hitting slugfest 5-2 over Naomi Broady in women‘s singles.

Unfortunately for the Aviators, their Southern California rival played inspired tennis throughout the match and never relinquished the lead despite dropping women‘s doubles 5-3 in the second set.

With an 8-7 lead heading into men‘s doubles, the Orange County team of Ken Skupski and Teymuraz Gabashvili shocked Rajeev Ram and Raven Klaasen of the Aviators 5-2 to give the Breakers a 13-9 lead.

San Diego tried to rally by winning mixed doubles 5-4 to close Orange County‘s lead to 17-14. In the final set, Ram attempted to take the match into Extended Play, but fell short, losing in men‘s singles to Teymuraz Gabashvili 5-4 as a contingent of Breakers fans celebrated the championship victory.

Broady gave Wickmayer credit for her spirited play in the match. “It was really close. There was one break of serve, a couple deuce points. We had two great games,“ Broady said. “She‘s really played well all season, so I‘m definitely taking positives that I pushed her so close.“

Despite ending the season with a loss, Broady enjoyed the experience playing the second half of the Mylan WTT season with the Aviators.

“I just love the atmosphere. The competitiveness in those pressure moments are what I love the most in tennis and the format of World TeamTennis,“ Broady said. “You don‘t have to wait for the game to kind of warm up and get closer. Every point is important from the get-go, and I really love it. I thrive under that environment.“

TURNING POINT: With the Breakers leading the Aviators 11-8, Raven Klaasen netted a backhand volley on a critical 3-3 point with San Diego trailing 3-1 in men‘s doubles. Orange County then took a commanding 4-1 lead in the set and increased their advantage over the Aviators to 12-8. The Breakers went on to defeat Klaasen and Ram 5-2 as Orange County took control of the Mylan WTT Finals 13-9.