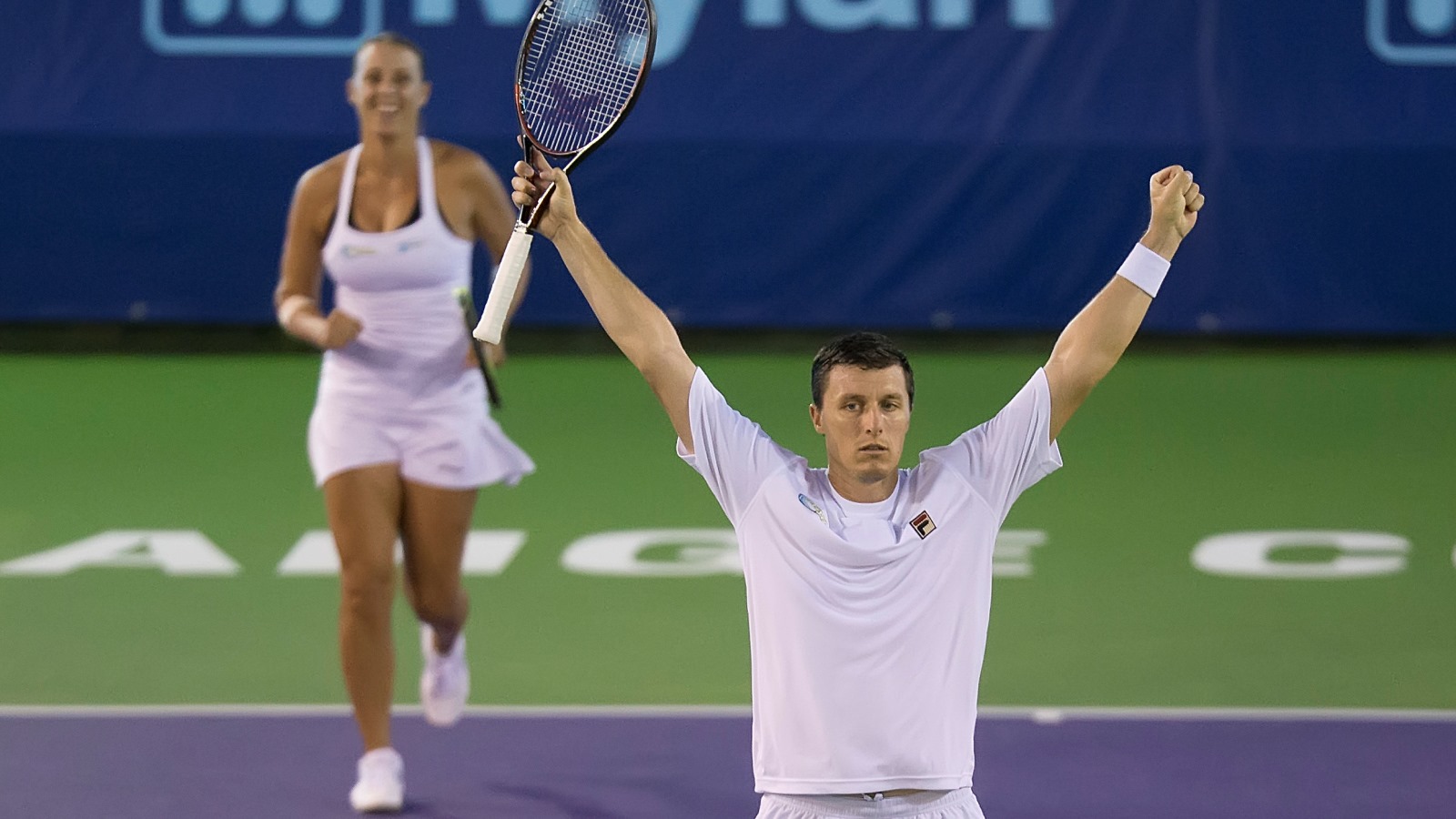 During the Orange County Breakers‘ seventh straight home win that locked up the top seed in the Mylan World TeamTennis Finals, there was a poignant and compelling moment on Wednesday night.

With a 25-13 victory over the Philadelphia Freedoms, the Breakers (9-5) are able to set the order of play against the San Diego Aviators in a re-match of the 2016 championship final, which will be hosted at Omni La Costa Resort & Spa at 8 p.m.

The Breakers‘ Yanina Wickmayer edged Taylor Townsend, 5-4 (3) before Wickmayer and Andreja Klepac teamed up for a pivotal 5-1 women‘s doubles win over Townsend and Kveta Peschke.

Ken Skupski and Teymuraz Gabashvili extended the Breakers‘ lead to 15-7 after their 5-2 men‘s doubles win over Darian King and Fabrice Martin.

The Breakers also won in mixed doubles, 5-4 (1) with Skupski and Klepac the victors. Gabashvili closed things out with a 5-2 men‘s singles win over King.

“I‘m amazed with how hard they fought because everybody‘s tired,“ Rick Leach said of his Breakers. “It‘s a long season with a lot of travel. They just really rose to the occasion. Everyone played great tonight. Once again a complete team effort.“

The Breakers will definitely be challenged on Saturday night, as the Aviators will be playing on their home court. However, the Breakers are peaking at the right time, Rick Leach said.

“It‘s too bad that we have to play San Diego in their home but at least we get one advantage of setting the lineup,“ Rick Leach said.

“We got a lot of confidence going into the match on Saturday,“ Skupski said. “Anything is possible in one final match. They have an advantage of playing at home that‘s fair enough. Because we secured first place we determine the order of play. We had to make sure we got that situation.“

TURNING POINT: Yanina Wickmayer and Andreja Klepac turned the tide in the Breakers‘ favor with a 5-1 victory over Taylor Townsend and Kveta Peschke in women‘s doubles. The win gave the Breakers a 10-5 lead and they were on their way to their seventh straight home triumph.

NEXT ON: The Breakers will play for the Mylan WTT championship against the San Diego Aviators. The match will be televised by ESPN3 at 8 p.m. PDT, with ESPN2 joining live coverage at 9pm PDT. Follow results on WTT.com/livescores or www.breakerstennis.com.