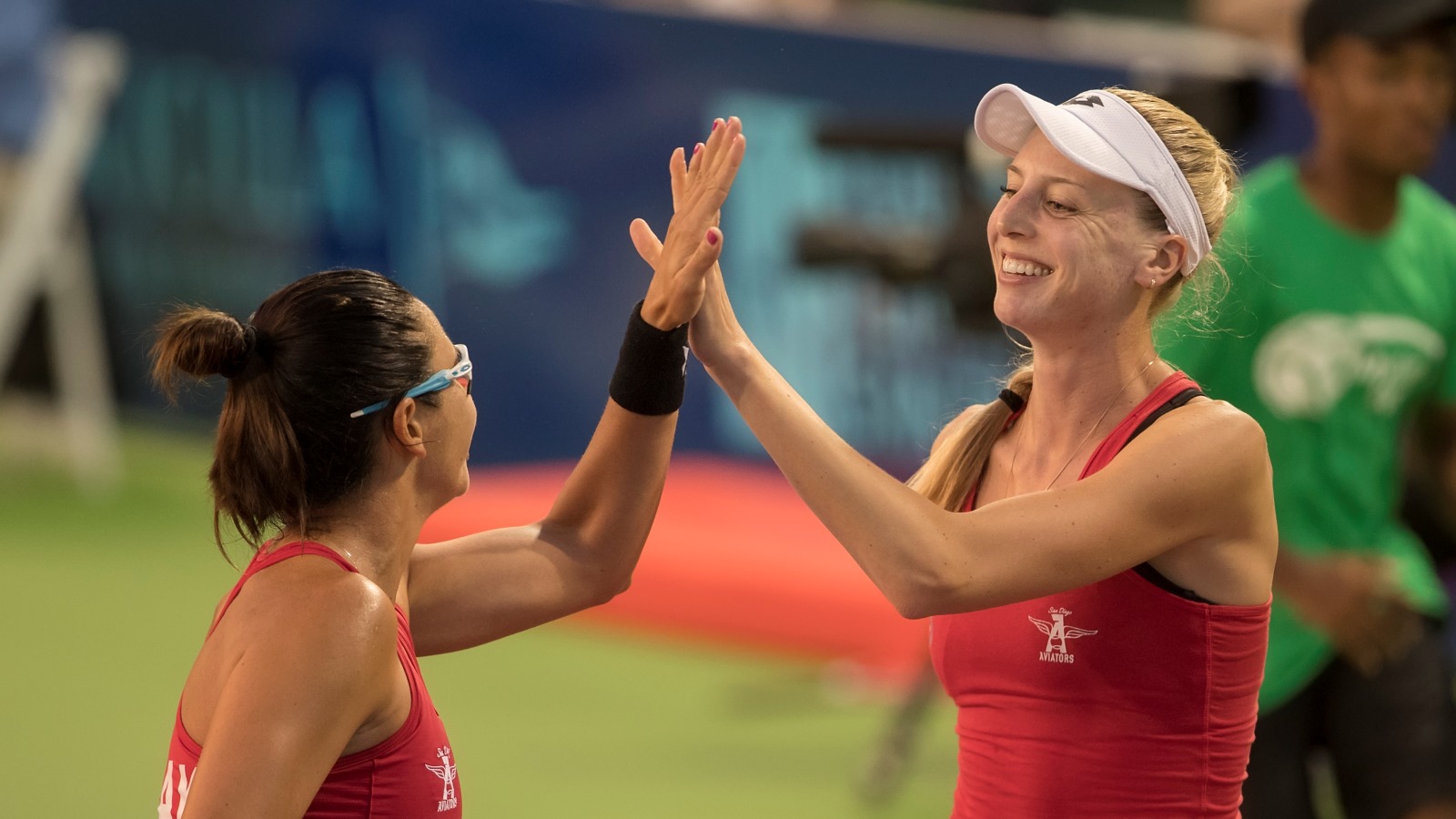 After an unpredictable and intensely-competitive regular season of Mylan World TeamTennis presented by GEICO, the only thing guaranteed for the Mylan WTT Finals is that the King Trophy is staying in Southern California.

The Orange County Breakers and San Diego Aviators will face off in a rematch of last year‘s Mylan WTT Finals on Saturday, August 5 at 8:00pm PT at the Omni La Costa Resort & Spa in Carlsbad, Calif., after both teams finished the regular season with identical 9-5 records.

As a result of winning a head-to-head tiebreaker (games won), the Breakers will set the order of play in the title match, looking to flip the script from the 2016 championship. The Aviators prevailed one year ago 25-14 to claim their first Mylan WTT title. The Breakers last won the championship in 2004.

The Breakers feature a completely revamped lineup this time around in Yanina Wickmayer, Teymuraz Gabashvili, Andreja Klepac and Ken Skupski. The two teams split their regular season meetings at 2-2, with each winning on their home court, respectively.

The Mylan WTT Finals will air on ESPN3 at 8:00pm PT, with ESPN2 joining the live coverage at 9:00pm PT. Mylan WTT‘s newest innovation will be an integral part of the championship match broadcast. Players from both teams will be mic‘d up with Quantum5X (Q5X) QT-5100 PlayerMics, wireless microphone transmitters that capture on-court action. The technology, a first for pro tennis competition, gives fans unprecedented access into real-time strategy and discussions with players and coaches.