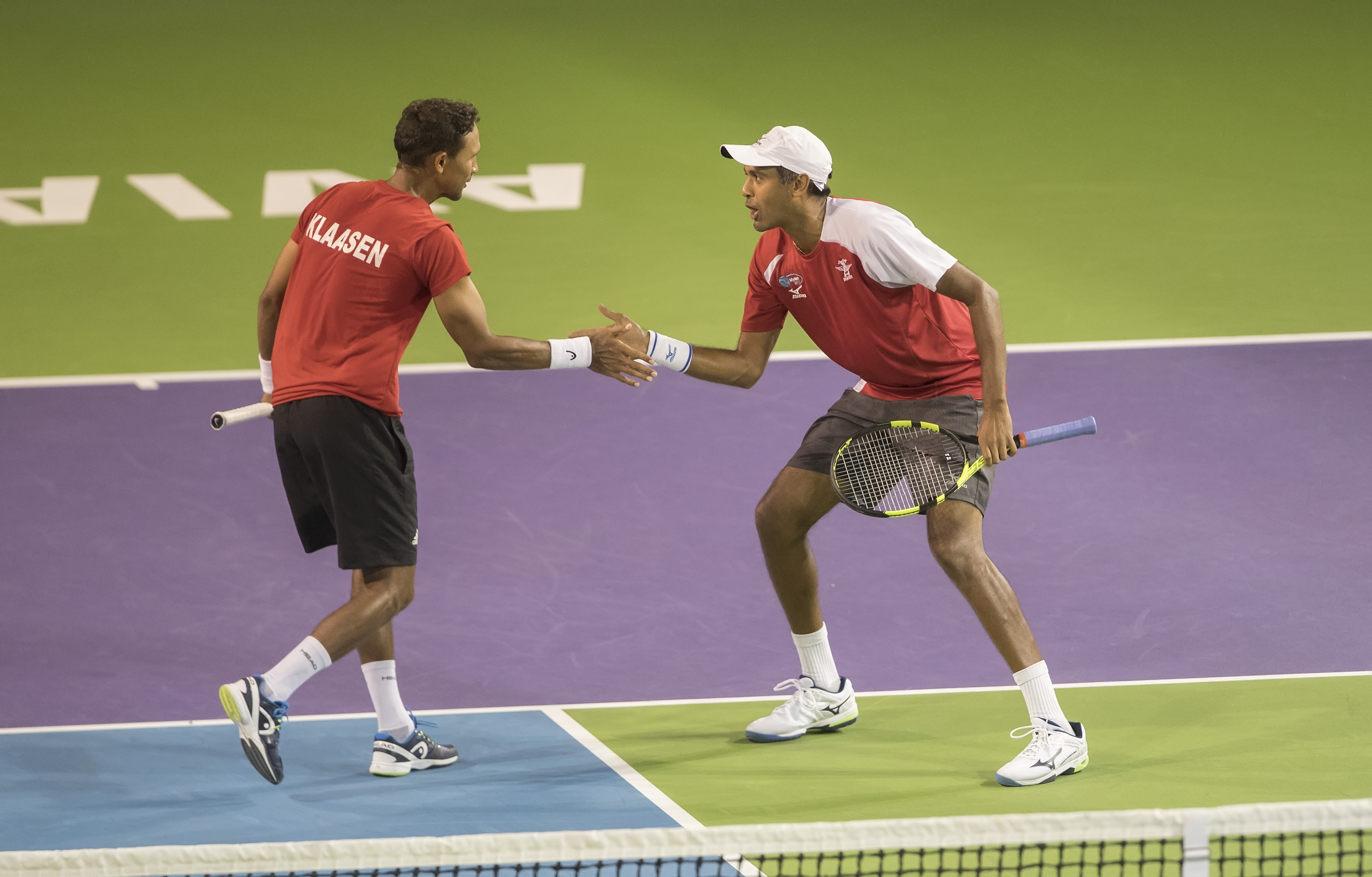 It was a night of celebration for the San Diego Aviators as they not only defeated the Washington Kastles 22-17 in Extended Play at Omni La Costa Resort & Spa, they also clinched a spot in the Mylan World TeamTennis Finals for the second consecutive year.

San Diego jumped out to a commanding 15-7 lead at halftime as they won men‘s singles, women‘s doubles and men‘s doubles. Rajeev Ram led the way for the Aviators as he defeated Sam Groth of the Kastles 5-2, and later teamed with Raven Klaasen for a 5-2 win over Groth and Robert Lindstedt.

After Washington‘s Madison Brengle got past San Diego‘s Naomi Broady 5-3 in women‘s singles, the Aviators led 18-12 heading into mixed doubles.

In the final set, Lindstedt and Anastasia Rodionova defeated Klaasen and Darija Jurak 5-3 in mixed doubles to send the match into Extended Play. With the Aviators holding a 21-17 lead, Klaasen confidently held serve to give San Diego its ninth win of the season.

“It‘s spectacular to come back here and do so well again this season and put our team in a position to get a repeat. I‘m happy that I can play a small part in this,“ Klaasen said after the match. “The chemistry is unbelievable in this team. We‘ve got a great balanceÔÇªand that shows on court. We pull each other through tough situations out there.“

When asked about the Aviators‘ chances to repeat as Mylan WTT champions, Klaasen responded, “It‘s going to take a big effort on our side. The team is going to have to come together and put (in) a very good performance. We‘ve put nine wins up here. We‘re playing really good tennis and we‘re looking forward to a good battle in the final.“

TURNING POINT: As Rajeev Ram of the Aviators was on his way to a 5-2 win over Sam Groth of the Kastles in the opening set, the turning point took place about 50 miles up the coast from Carlsbad. The Orange County Breakers scored enough games early in their match against the Philadelphia Freedoms in Newport Beach to render any playoff tiebreakers unnecessary and help the Aviators officially clinch a spot in the Mylan World TeamTennis Finals, regardless of the outcome of San Diego‘s match against Washington.

NEXT ON: The Aviators will face the Orange County Breakers in the Mylan WTT Finals at Omni La Costa Resort & Spa in Carlsbad this Saturday at 8:00 pm Pacific. It will mark the second straight year the two teams will play each other for the King Trophy. The Aviators and Breakers split their four head-to-head meetings this season, with each team winning two matches in their home venue. Follow results on WTT.com/livescores or www.sandiegoaviators.com. The Finals will air live on ESPN3, with ESPN2 joining the coverage at 9:00 pm Pacific.