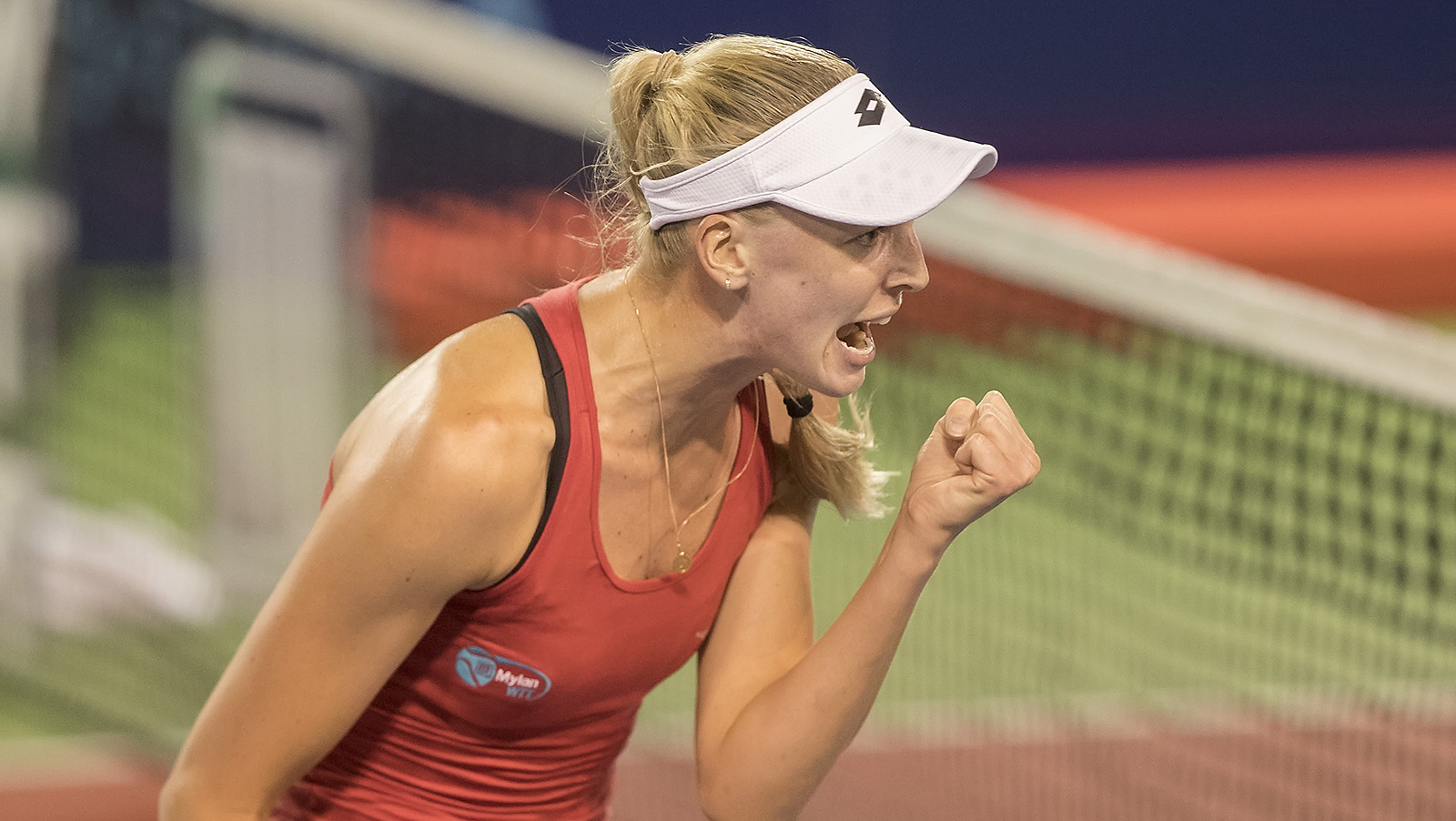 When it comes to playing Mylan World TeamTennis, every game counts. That scenario held true on Tuesday night at Omni La Costa Resort & Spa as the San Diego Aviators held on to defeat the visiting Philadelphia Freedoms 21-18 in Extended Play.

Rajeev Ram gave the Aviators an early lead as he defeated Philadelphia’s Darian King 5-2. San Diego went on to capture wins in Men‘s Doubles and Women‘s Singles to extend their lead to 19-13 after four sets.

In the final set of the evening, Taylor Townsend teamed with Fabrice Martin in Mixed Doubles to score an impressive 5-1 victory over Darija Jurak and Raven Klaasen of the Aviators to force Extended Play with the Aviators holding a razor-thin 20-18 lead.

With the crowd cheering the Aviators to victory, Jurak quickly served out the match in the first game of Extended Play to give San Diego its third win in their last four matches.

“We had a big lead. You think the match is over and they came back. They just played out of their minds,“ said Aviators Coach John Lloyd. “It was a great team effort. It was a big game for Darija. Big serves on big points and that‘s experience coming through.“

Lloyd credited the fast start in Men‘s Singles in helping the Aviators secure their eighth win of the season. “It was such a tremendous start. When you get a good start it‘s tough (for the other team). Rajeev started us off in that frame of mind and started the momentum,“ he said. “They were playing catch up the whole time and they never caught us ÔÇô almost, but not quite.“

The Aviators (8-5) are tied for first place in the WTT standings with the Orange County Breakers. A victory over the Washington Kastles on Wednesday night would send them to the Mylan WTT WTT Finals for the second year in a row.

TURNING POINT: With the Aviators holding a narrow 17-13 lead, Naomi Broady slammed a service winner against Taylor Townsend on a 3-3 point to take a 4-2 lead in Women‘s Singles and extend San Diego‘s lead to 18-13. The game proved to be crucial as the Aviators went on to win the match in Extended Play.

NEXT ON: The Aviators will host Coach Murphy Jensen and the Washington Kastles in their final match of the WTT regular season on Wednesday at 7:00pm Pacific at Omni La Costa Resort & Spa in Carlsbad, Calif. Follow results on www.sandiegoaviators.com.