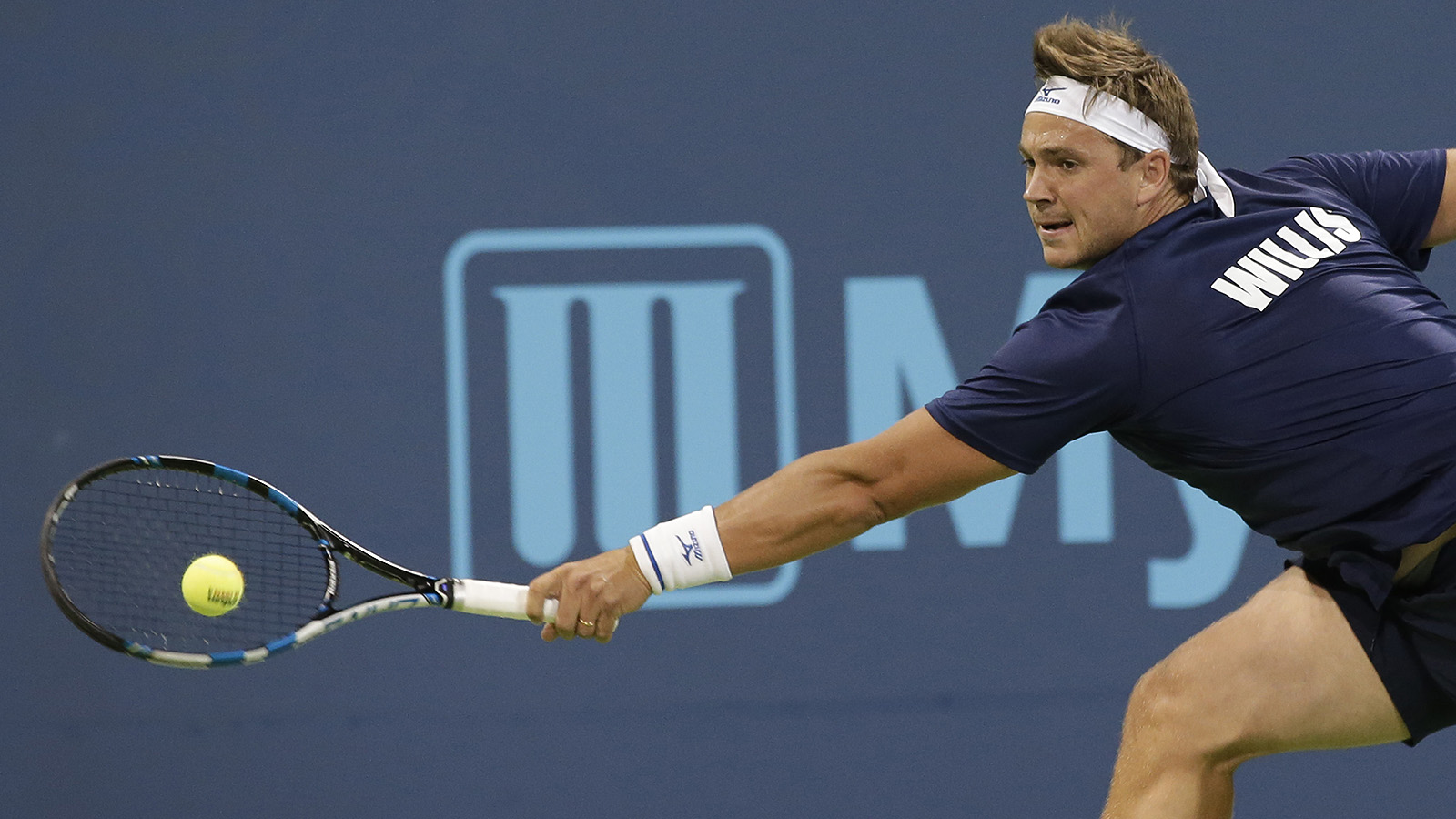 The New York Empire‘s closer saved his best for last in the final home match of the Empire‘s season, rallying from a break down and saving match point in defeating Benjamin Becker of the Springfield Lasers in a tiebreak. Willis‘ heroics clinched a 21-18 win for New York on Court 17 at the USTA Billie Jean King National Tennis Center.

“I‘m very, very aware, maybe too aware,“ Willis said of the scoreboard pressure. “You just have to get out there and play one point at a time, and the scoreboard looks after itself. In the end, I found my game, and the one thing I always do it fight very hard – it worked today.“

Entering men‘s singles, the Empire held a slim two-game lead at 16-14, thanks in part to Springfield‘s Sorana Cirstea providing a spark after halftime and defeating New York‘s Kirsten Flipkens, 5-2, to bring the visitors closer. In between a pair of 5-2 sets in men‘s and mixed doubles that went to the Empire, Cirstea and Anna-Lena Groenefeld rallied from 1-4 down in women’s doubles to defeat Flipkens and Maria Sanchez in a tiebreak, as New York took a 14-9 lead into halftime.

As Willis struggled on serve and with his range to begin the final event, Becker duly took advantage en route to building a 3-1 lead to tie the overall match score. With his back against the wall, Willis found his best tennis in front of a vocal New York crowd, as he saved three break points to hold his serve and move New York back in front by a game. Willis saved a match point at 2-4 with a gutsy serve-and-volley play on a three-all point, and eventually broke serve to send the set to a tiebreak and restore a two-game cushion.

“I was focusing, and I had to adjust my serve a lot,“ Willis said of the comeback. “It was very different conditions to last night ÔÇö it‘s a lot slower today. I was double-faulting more than I wanted to, but it‘s a case of changing up while you go along. You can‘t keep making the same mistakes. I started serving a lot better and hitting my groundstrokes a lot better. I just stayed focused and believed I could win.“

With the victory, the Empire stay alive in the hunt for the Mylan WTT Finals, with the final day of the regular season wrapping up on Wednesday. The Empire (7-6) currently sit a half match behind the San Diego Aviators and Orange County Breakers, who are both 7-5.

“We were one point away from being out for the season,“ said Empire head coach Gigi Fernandez. “If we lose that set 5-2, not only did we lose but we‘re done for the season ÔÇö we still have a chance to make the Finals with this win. We play this team again, and they‘ll have the home field advantage. They get to pick the lineup, so it‘ll probably be a little bit different ÔÇö but we‘re excited.“

Added Willis: “We haven‘t played there yet ÔÇö it‘s a very quick court so they‘re all very in tune with that. They had to fly here today, we have to fly there tomorrow but I think the team believes we can win and we‘ll do everything we can to get the job done.“

TURNING POINT: Willis saved three break points on serve trailing 1-3 in the final set with the overall match score finely poised at 17-17. Later in the set, he erased a match point on serve en route to sealing the win for the Empire ÔÇö and the second straight defeat for Springfield in which the Lasers held match point.

UP NEXT: After a day off on Tuesday, the New York Empire close out the 2017 Mylan WTT regular season with a rematch against the Lasers in Springfield on Wednesday at 7 PM CDT.