Breakers Step Up With Huge Win At Home Over Aviators 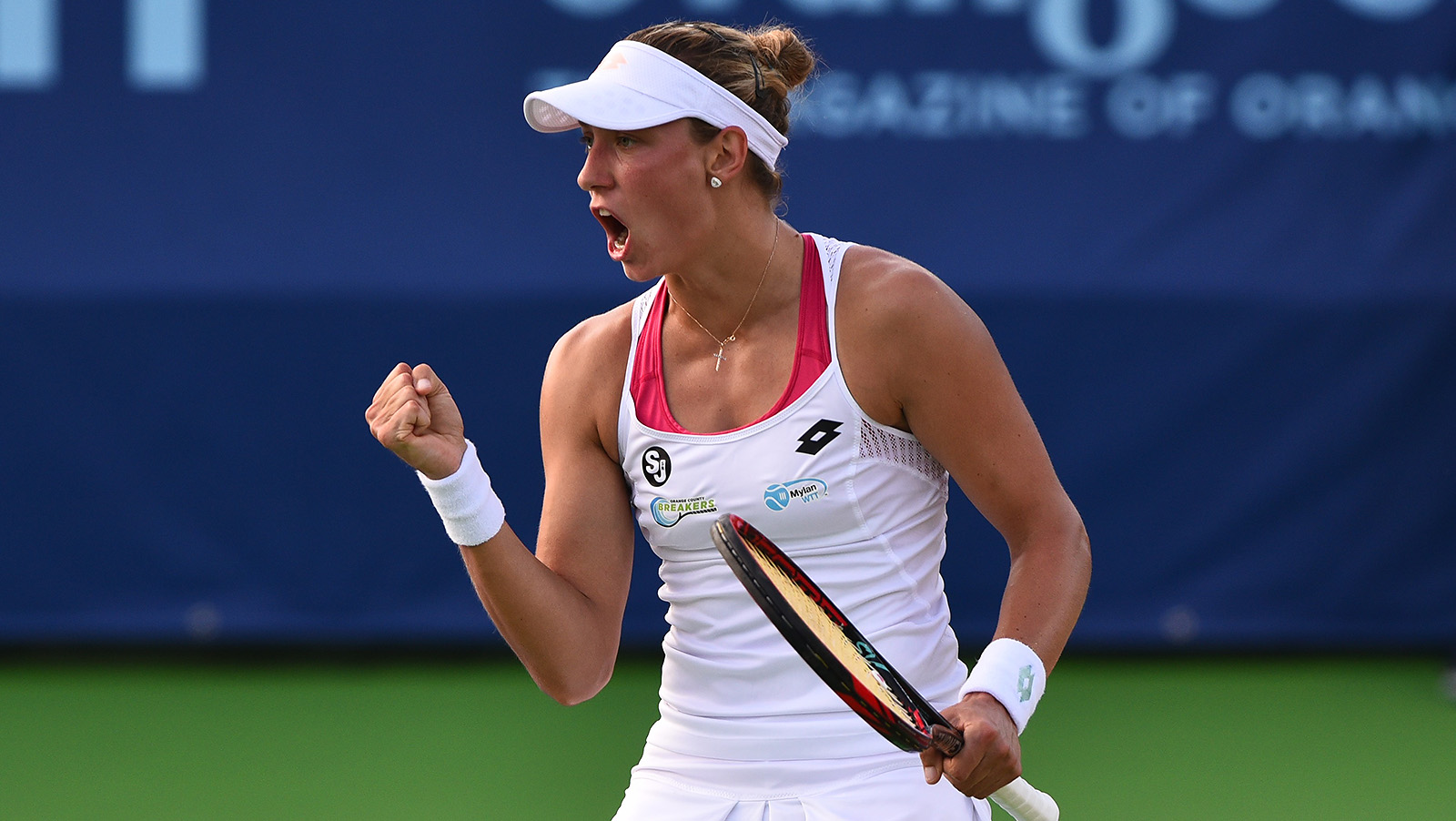 Teymuraz Gabashvili had a difficult time explaining why the Orange County Breakers play so well at Palisades Tennis Center. The Russian, playing in his first home match with Orange County, isn‘t sure how the Breakers come alive in Newport Beach.

“Maybe home courts are helping us so far,“ said Gabashvili. “It‘s great. I never played home before ÔÇª To see the ball, it was really difficult. But we are all in the same position. So there is nothing to complain about.“

Gabashvili, who won in men‘s singles and men‘s doubles helped turn the lights out against the San Diego Aviators, 24-17, in match for first place in the Mylan World TeamTennis standings.

The Breakers grabbed a huge win, their fifth straight triumph at home, to move atop the league at 7-5 with the Aviators.

Yanina Wickmayer proved crucial as she got the Breakers off to a huge start. She won in women‘s singles, 5-2, against Naomi Broady. Then Wickmayer teamed up with Andreja Klepac to beat Broady and Darija Jurak, 5-3. That helped the Breakers build a 10-5 lead that proved insurmountable.

“It was huge,“ Wickmayer said of the Breakers win. “It was a very important match tonight. We knew it. It was a bit tough getting into the matches tonight because we had a travel day yesterday, so a bit tired. But we fired up just in the right moments. We all did really well. We‘re a great team. We‘re all just happy to be here.“

Breakers coach Rick Leach pointed out Wickmayer‘s strong play. He also said the Breakers needed to play an all-around game to take down the Aviators. Perhaps the highlight of the night came in men‘s doubles when Gabashvili and Ken Skupski dismantled Raven Klaasen and Rajeev Ram, among the top men‘s doubles teams in the world.

“It was pretty much a must-win, at this stage of the season with so many teams so close,“ Leach said of his team‘s win. “If we lose we‘re probably going to be tied with three other teams. It was tough because we are playing the No. 1 team in the league. Everyone played well. The crowd got behind us and Teymuraz took us home.“

Leach was especially proud of the win with his father, Dick, in the stands. His father is a former Breakers coach, who guided the team to the WTT team title when it was the Newport Beach Breakers in 2004.

“My dad ÔÇª and some former tour pros Ray Moore, Brian Teacher, Tony Graham, Mike Fetterly. All these legends in the game,“ Leach said of who attended the match. “And (Palisades owner) Ken Stuart just got inducted into the Southern California Tennis Hall of Fame. This is a great tennis community and they are really getting behind us. So that‘s what makes it nice.“

NEXT ON: The Breakers will play again at home against the Washington Kastles Tuesday at 6:05 p.m. PT. Follow results on WTT.com/livescores or www.breakerstennis.com.