Lasers Defeat Kastles To Claim Fourth Win In A Row 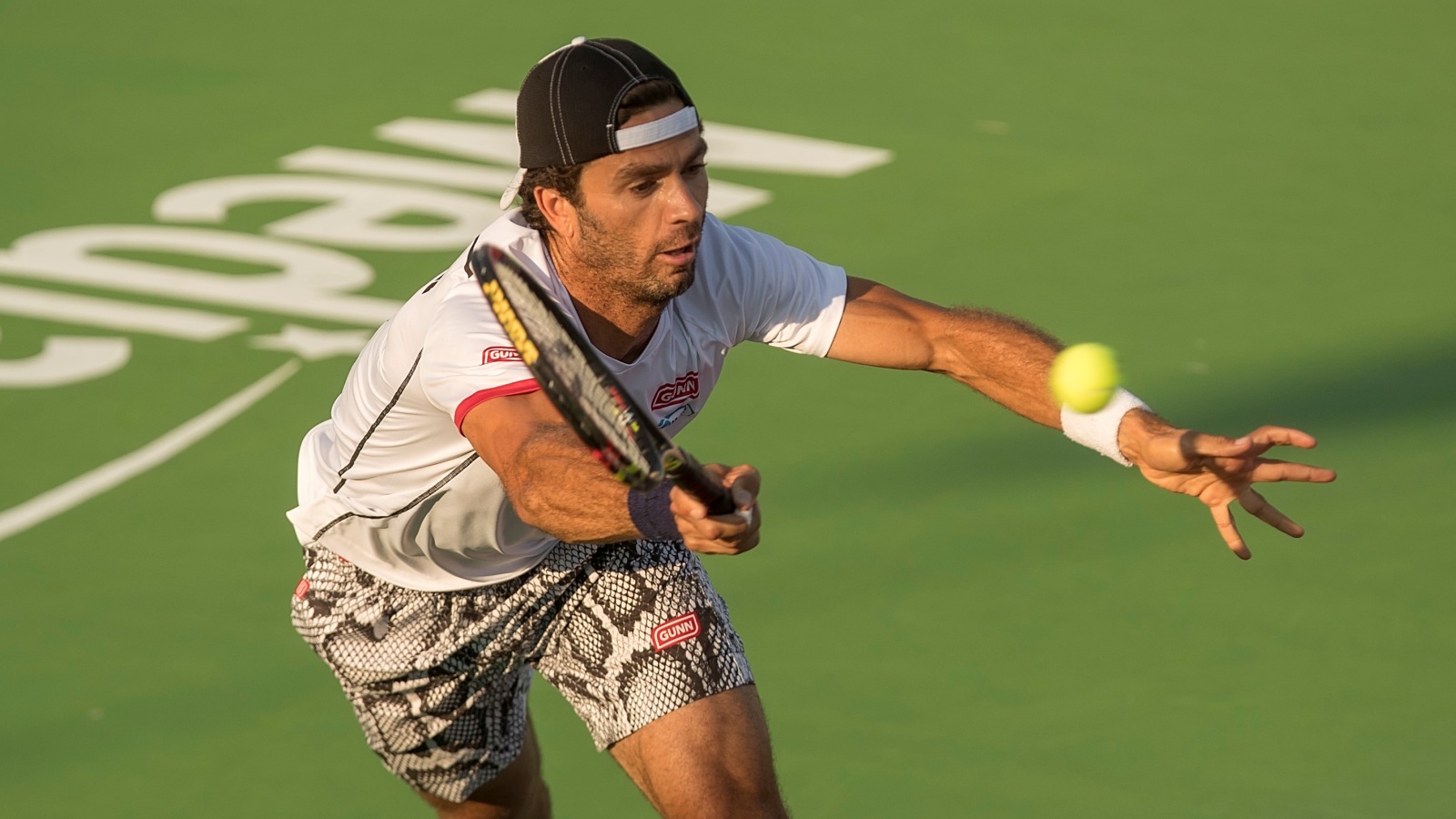 Jean-Julien Rojer made his last match at Mediacom Stadium one to remember.

He and Benjamin Becker picked up a big men‘s doubles win over Vasek Pospisil and Bruno Soares Friday night, then led the “Let‘s go Lasers“ cheers for Sorana Cirstea as she closed out a 22-16 Extended Play win over the Washington Kastles ÔÇô the fourth straight win for Springfield.

“I feel like I‘m at least leaving the team in good standings, which was important to me,“ Rojer said before heading to Washington, D.C., to play in the Citi Open. “It‘s a bit bittersweet because we‘re just gelling now as a team and have a great rhythm. We get along well and we have a great chemistry.“

That‘s shown in the results. After a 2-5 start, including a four-match losing streak, the Lasers (6-5) have gotten as hot as the Ozarks sun and soared into second place.

“It‘s a pity that Jules is leaving. This is a crucial stage with the teams all stacked up,“ Springfield coach John-Laffnie de Jager said. “I‘m glad Jules in his last night got a good win and played well. He was great for the team. We‘re really going to miss him.“

Benjamin Becker got the Lasers off to a rollicking start with a 5-2 win over Mylan WTT newcomer Vasek Pospisil in men‘s singles. Becker broke Pospisil‘s second serve and never looked back, riding a strong serve of his own. He gave up just three points in games he served, two of them on double-faults.

“I didn‘t realize there was a shot clock and I didn‘t know some of the other rules. I was a little thrown off by that early and rushed it a little bit,“ Pospisil, who plays Davis Cup for Canada, said. “I love playing in team environments, so I was thrilled to join the team and play in front of a great crowd. I really enjoyed it.“

It was a similar story in men‘s doubles, which Springfield also won 5-2. Becker and Rojer earned an early break thanks to some great teamwork. When a Bruno Soares serve caught net cord and trickled over, Rojer was Jeany-on-the-spot to send it back over the net. Becker then charged and smashed a shot right at Soares for an insurmountable 3-1 lead.

That was Rojer‘s last action of the night ÔÇô besides cheerleading for his teammates. The gregarious native of Curacao said that‘s part of what draws him back to Mylan WTT.

“I feel like it suits my style and my character quite a bit,“ the 2013 Mylan WTT Male MVP said. “I try to be social and outgoing. I enjoy myself. That‘s how I express myself on the court when I‘m playing tournaments, except for here I‘m allowed to really be that way and do whatever I want to do. There are kind of no rules when you‘re on the court. It‘s just pure enjoyment.“

The lone bright spot in the early going for Washington (4-6) was mixed doubles. Both teams held serve until a break of Anna-Lena Groenefeld gave the Madison Brengle and Anastasia Rodionova a 5-3 win. Brengle snapped Cirstea‘s three-match winning streak in women‘s singles to force Extended Play, but Cirstea took the first game to end the match and send the Lasers on to their first day off since July 24. The Lasers have played seven matches in eight days, hitting both coasts in the process.

“We played great. That‘s all that we needed,“ de Jager said. “It‘s good that we got through this match tonight. We‘ve had a rough trip since last Friday. It‘s been go, go, go.“

TURNING POINT: A let serve by Bruno Soares was destined for the court, but Jean-Julien Rojer alertly lunged with his racket and flipped it over the net. That set up a smash winner by Benjamin Becker and a 3-1 lead en route to a 5-2 men‘s doubles win for the Lasers, a win that gave them a 13-9 edge at halftime.

NEXT ON: Springfield gets its first day off after playing four in a row and seven in eight days. The Lasers host the New York Empire Sunday at 6 p.m. Central. South African Nicolaas Scholtz joins the Lasers as a substitute for Rojer. Follow results on WTT.com/livescores or SpringfieldLasers.com.