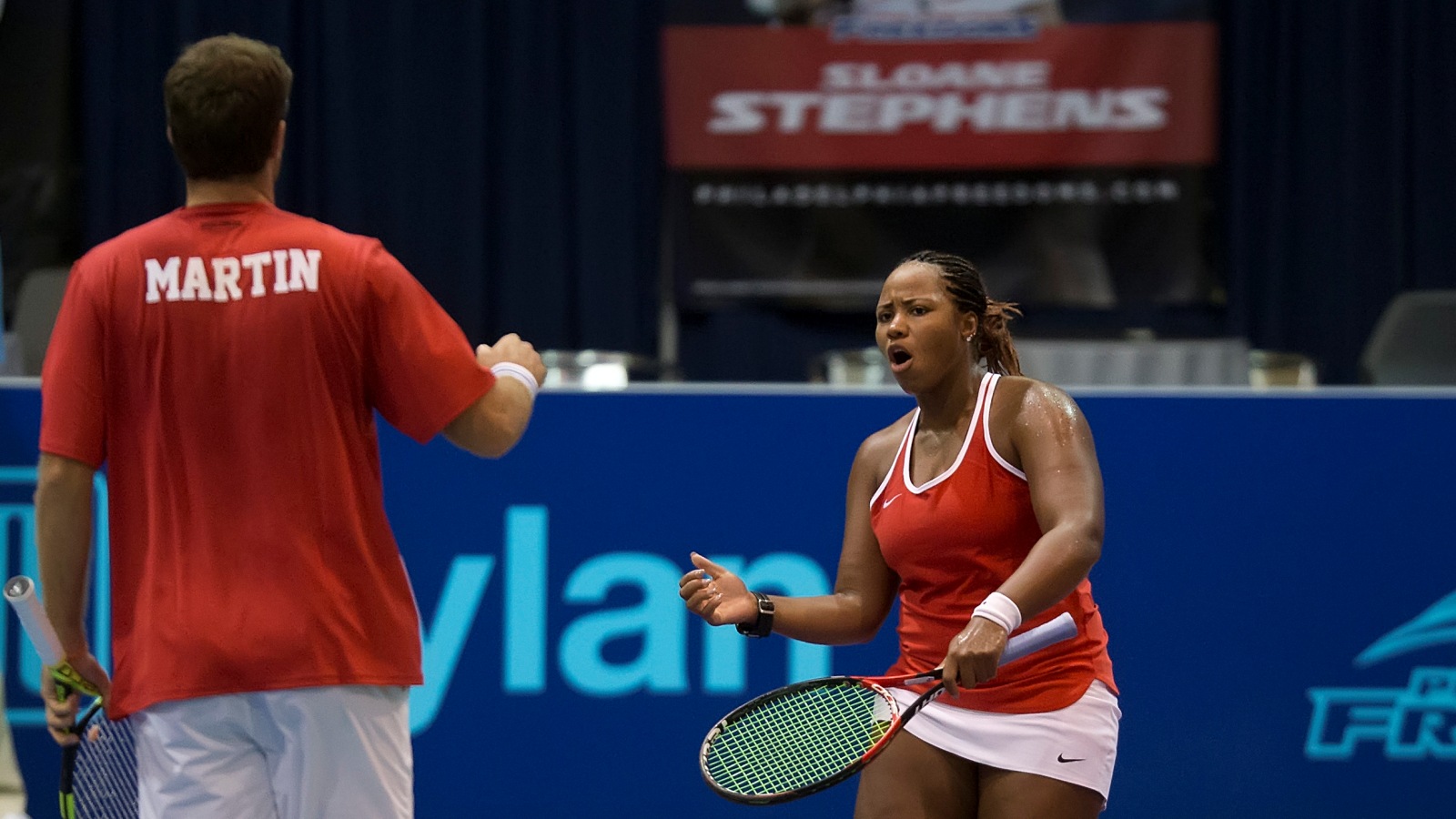 It has been ingrained into the players‘ minds as they prepare to play Mylan World TeamTennis that every game counts.

“To be honest, Fabrice and I had no idea what was happening,“ said Townsend, who played women‘s singles, women‘s doubles and mixed doubles. “Once we found out it was going into a Supertiebreaker we decided to go out and swing and just have fun.“

In the Supertiebreaker, Philadelphia jumped out to an early 3-0 lead before the Breakers fought back to even the score. With the Supertiebreaker being a race to four, Martin and Townsend buckled down and won four of the next five points to win the match.

“We got up 3-0 so we did some good things early,“ said Martin, who won four points on his serve in the Supertiebreaker.

With Martin and Darian King posting a 5-4 win to open the match, it quickly appeared as though Orange County would assume control after taking a 4-0 lead in women‘s doubles match and an 8-5 overall lead.

Prior to Yanina Wickmayer serving for the set, Townsend and partner Sloane Stephens knew they needed to win at least one game to help keep their team in the match.

A Stephens backhand winner gave the Freedoms a much-needed game that would be the spark to eventually even the set at 4-4 and force a tiebreak. Despite losing the tiebreak, the match was now even at 9-9 thus setting up an exciting finish that would culminate with Martin and Townsend clinching the Philadelphia win.

“The win is great,“ said Martin. “We are still in the race. If we had lost tonight it would have been tougher but we won and we still have a chance.“

“I was real happy with the way the team played tonight,“ said Orange County coach Rick Leach. “I said at the beginning of the season there was a lot of parity in this league and anyone can beat anyone on any given night. You have to hand it to Philadelphia. Taylor and Fabrice were awesome in the Supertiebreaker.“

TURNING POINT: With Philadelphia trailing 4-0 in women‘s doubles and Orange County‘s Wickmayer serving for the set, Philadelphia‘s Sloane Stephens laced a backhand down the line to give Philadelphia the game and spark a four-game turnaround to even the set at 4-4. What appeared would be a 9-5 Orange County lead turned into a 9-9 score setting up Philadelphia‘s comeback.

NEXT ON: Philadelphia will play its final home match of the season on Saturday, July 29 at 7:00 pm against visiting San Diego at Hagan Arena on the campus of Saint Joseph‘s University. Follow results on WTT.com/livescores or www.philadelphiafreedoms.com.