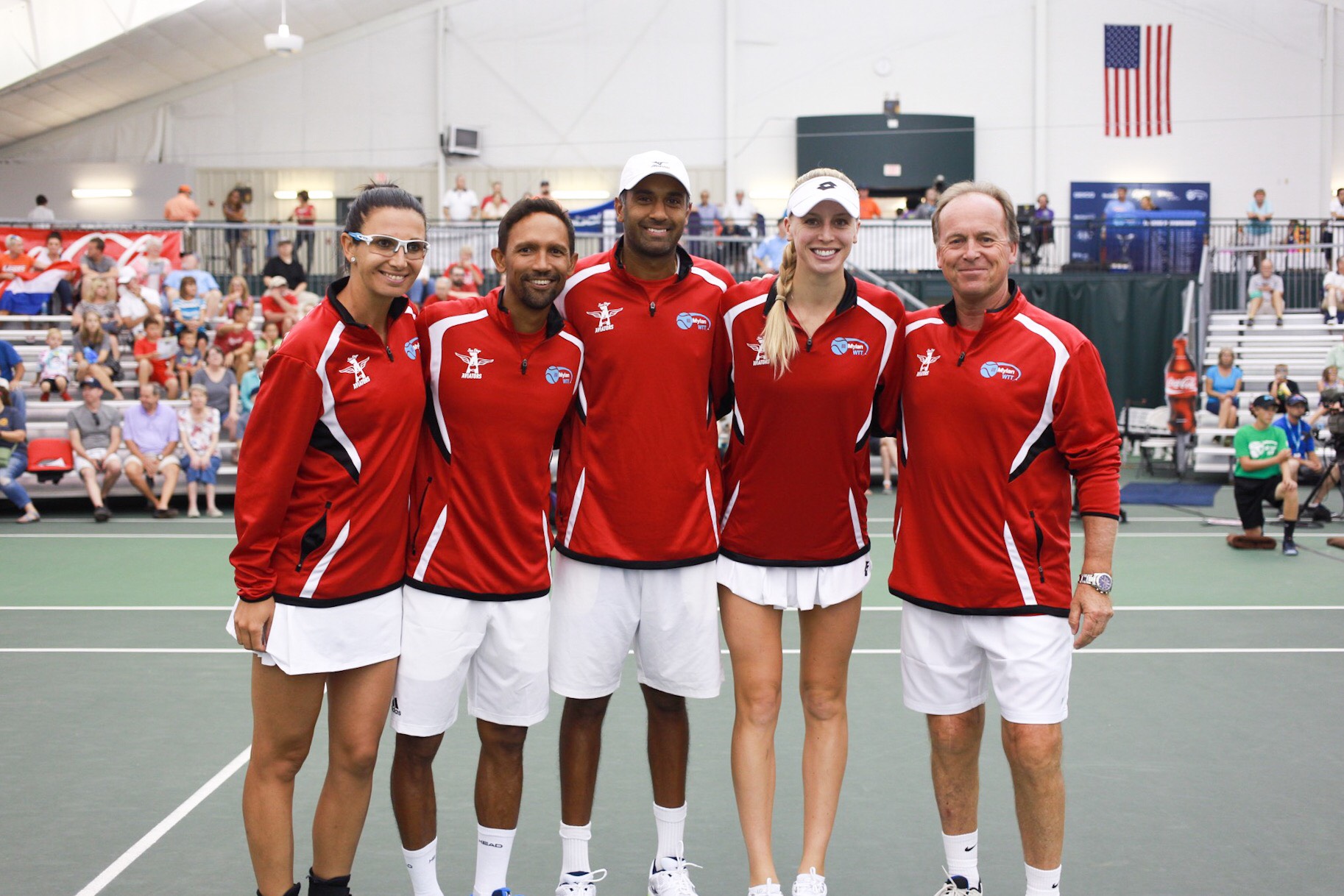 Naomi Broady‘s season in Mylan World TeamTennis didn‘t start the way she wanted, but on Friday night, she played a part in one of the biggest sets won by the San Diego Aviators all season.

The substitute provided the keynote for the defending Mylan World TeamTennis champions at the USTA Billie Jean King National Tennis Center, edging Eugenie Bouchard in a tense tiebreak to clinch a 21-18 for the visitors and move San Diego into sole possession of first place in the Mylan WTT standings.

“I was gutted that I didn‘t get drafted as an original pick, but San Diego asked me to come in as a sub and I was just so, so happy,“ Broady said after the match. “I enjoyed it so much last year [playing for Philadelphia] ÔÇö we don‘t really get to play much team stuff. There‘s almost more pressure on you, but it‘s much more enjoyable.“

With the Empire riding a wave of momentum after Kirsten Flipkens and Maria Sanchez cruised to a 5-1 women‘s doubles set over Broady and Darija Jurak, Bouchard took the court against Broady with her team trailing by just two at 16-14. Though Broady got up an early break with precise power hitting, consolidating a 3-1 lead with a forehand winner down the line, Bouchard hit back and forced her to serve to stay in the set.

In a mammoth penultimate game, Broady hung tough on serve in hostile territory, as the Court 17 fans were solidly in the Empire‘s corner and tried to pull Bouchard through to a Supertiebreaker. Despite only serving at 45 percent for the set, the Brit hit her spots in the key moments ÔÇö including a big first serve that was too much for Bouchard to handle to win the match.

“I tried to really stay within myself and not let the crowd and a couple of calls affect me too badly,“ Broady said. “My team was supporting me a lot, and the rest of our team in the crowd tonight as well. They all got me through.“

The first half of the match was all San Diego, as Rajeev Ram began the night with a 5-3 win over Mardy Fish in men’s singles, before the visitors opened up a 15-9 lead at the close of three sets.

Aviator stalwarts Raven Klaasen and Darija Jurak, two of the returning players from the championship run a year ago, also helped the cause in the first half. The duo earned a 5-2 win in mixed doubles over Flipkens (who subbed in for Bouchard) and Neal Skupski in the second set, before Klaasen and Ram edged a tiebreak against Fish and Skupski in men‘s doubles.

“Tonight, it got really intense out there and it ended up coming down to Naomi playing a great set of singles for us to close it out,“ Klaasen said. “What happens out here is things sometimes start getting rushed, the crowd gets on you a little bit and the match can get away from you. Being through that before definitely helps in keeping the nerves a little bit calmer [and] seeing it before makes it a little bit easier.“

At 6-4 overall, the defending champions now hold a half-match lead over the Springfield Lasers (6-5), but on a crowded leaderboard, just two matches separate the Aviators from the Washington Kastles (4-6), who are currently in sixth place.

“Tonight we go into first by ourselves, so we have to work on establishing a lead from here,“ Klaasen added. “It‘s nice to be introduced as defending champions, and it gives you a chance to try and repeat. We come out every season with the same goal: trying to win.“

TURNING POINT: On the deciding 3-3 point in the eighth game of the women‘s singles set, Broady came out on top of a lengthy rally to save a set point that would‘ve tied the match at 19-19 had Bouchard managed to win it. The Aviator was clutch when it mattered most in the set, winning all three of the games that went to 3-3, and used the momentum to build a 4-0 lead in the tiebreak before clinching the match.

UP NEXT: After a day off on Saturday, the New York Empire host the Washington Kastles on Sunday, July 30 at 5 pm ET on Court 17 at the USTA Billie Jean King National Tennis Center.