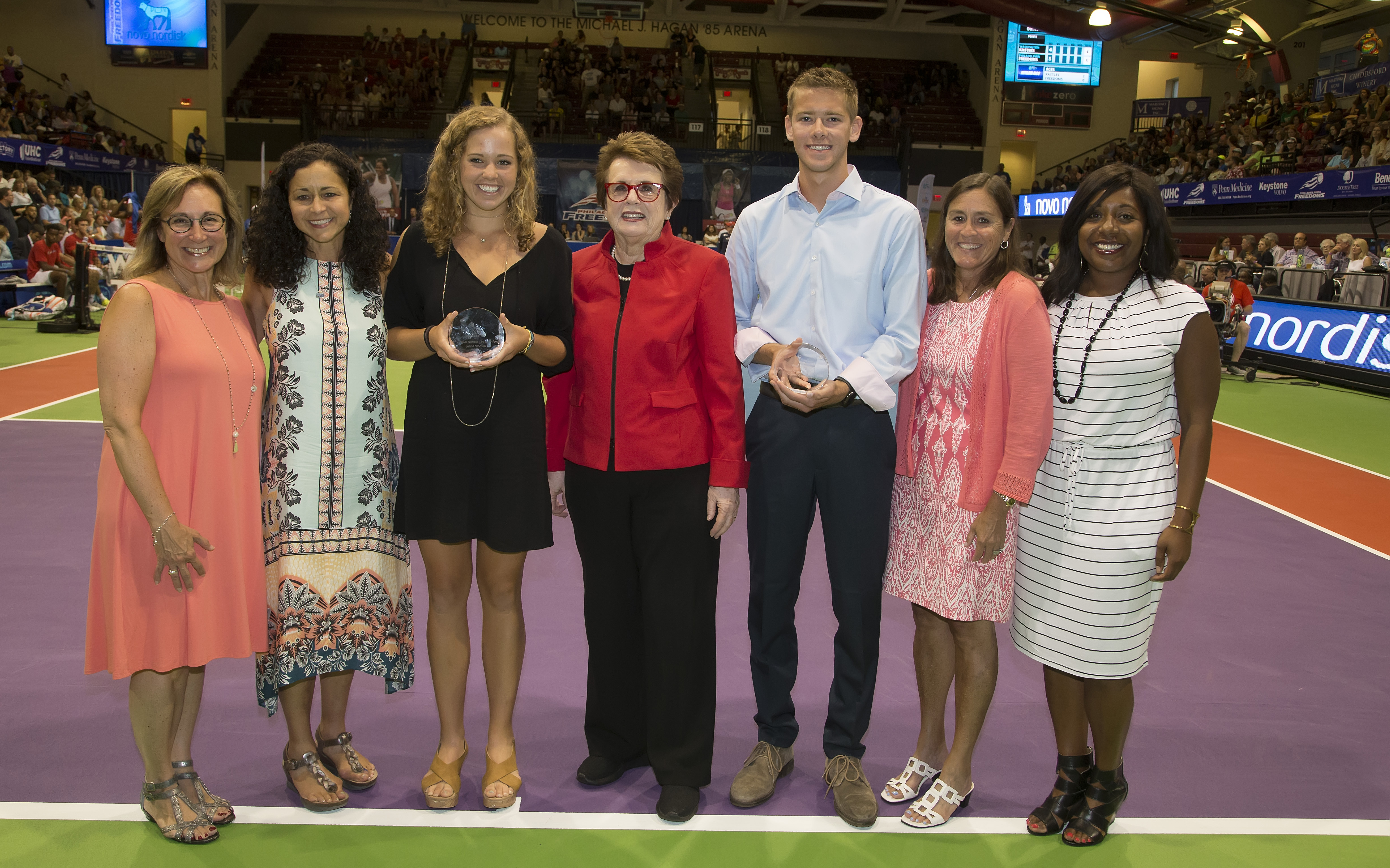 They were presented their awards by Mylan World TeamTennis co-founder Billie Jean King on July 24 at the Philadelphia Freedoms tennis match.

The Novo Nordisk Donnelly Awards annually distribute $39,000 in scholarships, including two one-time $7,500 national scholarships and eight one-time $3,000 regional scholarships. The scholarships are awarded to male and female athletes ages 14-21 and in good academic standing, who have diabetes and play tennis competitively in tournaments or on their school team.

Genschaw will be a senior this fall at Forest Hills High School in Grand Rapids. The 17-year-old has been playing tennis since the age of 9, which is also when he was diagnosed with Type 1 Diabetes. He has played No. 1 singles since his freshman year, leading his team to the State Championship in 2014 and 2015; and a runner-up finish in 2016. Genschaw, who is ranked No. 70 in the Boys‘ 18s ÔÇô Midwest, is currently competing in national 18s tournaments. He was named to the Michigan High School Athletic Association‘s All-State and All-Conference teams for three years. Genschaw is also a member of the National Honor Society and the 2013 recipient of the USTA Midwest Sports Award.

Vroman was seven years old when she first started playing tennis and was diagnosed as diabetic. Now 18, she has been the No. 1 player for four years at Bishop England High School in Charleston, S.C. Vroman led Bishop England to the state title in 2014, 2015 and 2016. She was ranked as high as No. 3 in South Carolina in the Girls 18s, and No. 34 in the Southeast rankings. Vroman was named to the All-State team for three consecutive years (2014-16) and was also named Low County Player of the Year in 2016. She will play Division I tennis for Wofford College in Spartanburg, S.C., this fall. Off the court, Vroman was a National Honor Society member from 2015-17.

These awards are named after two former World TeamTennis executives and tennis champions, Diane Donnelly Stone and Tracey Donnelly Maltby, who are sisters. Stone was an All-American and NCAA doubles champion at Northwestern University, and Maltby earned All-Big Ten honors at the University of Iowa. Both women have lived successfully with diabetes since childhood. The scholarship program was established by King, through WTT Charities, in 1998 to encourage children with diabetes to lead an active life and compete in tennis.