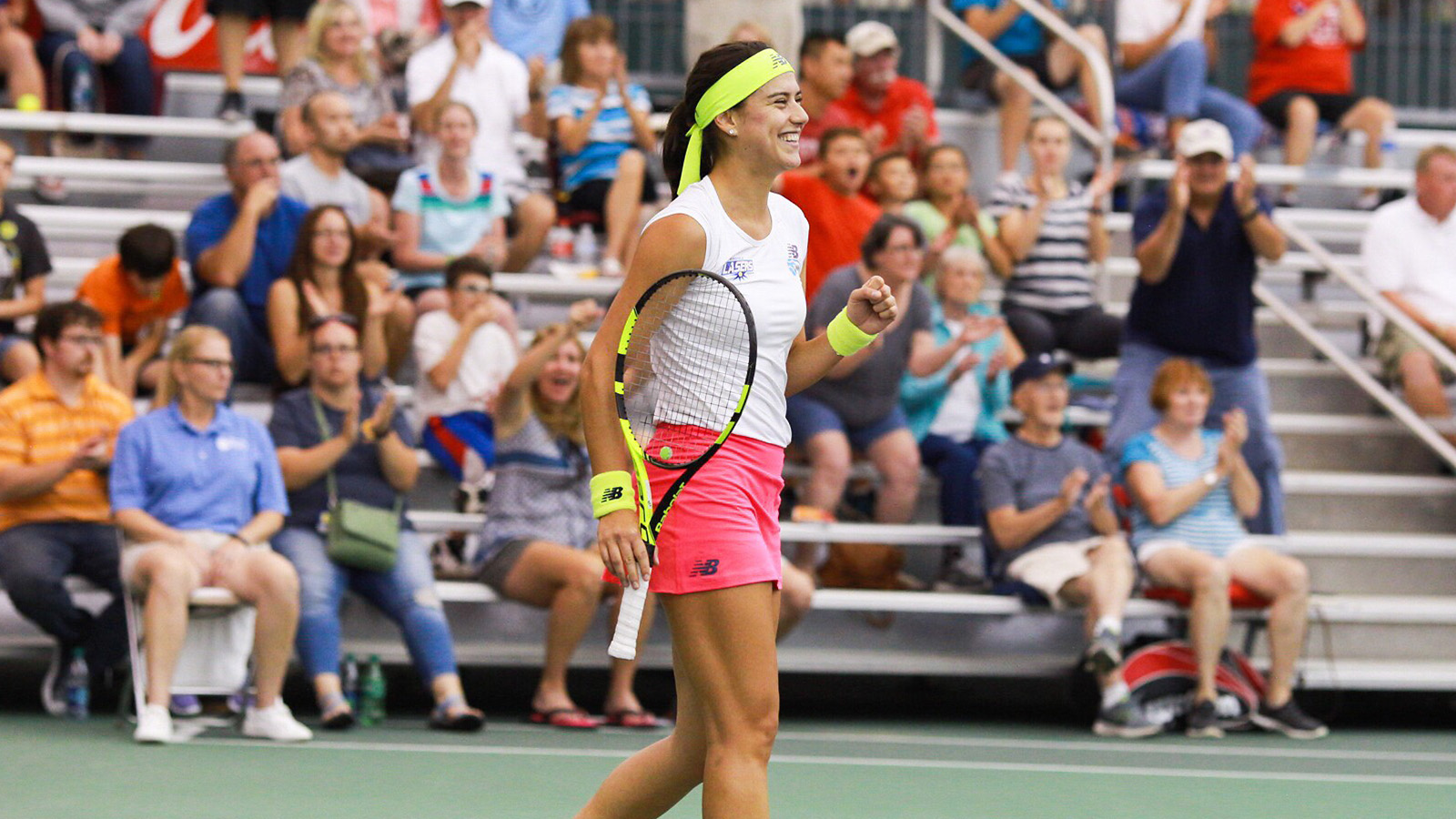 Sorana Cirstea would love to be able to pack her Springfield Lasers teammates in her gear bag when she heads back out on the tour in a few weeks. Their energy has helped spark her to a 3-0 start in Mylan World TeamTennis play, including a 5-2 win over Naomi Broady as the resurgent Lasers defeated the San Diego Aviators 22-16 at Cooper Tennis Complex Thursday night.

“I think this team thing is working for me,“ Cirstea said with a laugh. “For me, having the team support me is the biggest and nicest change. I think I‘ve served really well in all three matches, stayed focused for the team and did not give up any points.“

Cirstea had already defeated Washington‘s Venus Williams and Philadelphia‘s Sloane Stephens in her first three days with Springfield (5-5). She bounced back from an early break to win four straight games and ÔÇô eventually ÔÇô seal the victory for the Lasers, who have won three of their last four matches to get within half a match of first place with four to play. The top two teams in the league qualify for the 2017 Mylan WTT Finals.

“First of all, I‘m happy for the team,“ Cirstea said. “I think I played consistent tonight. It‘s a quick surface, so I had to be sharp on the legs.“

The match was a nail-biter through three sets, and San Diego (5-4) lead 13-12 at halftime. That lead came thanks in part to Rajeev Ram, who defeated Benjamin Becker 5-3 in men‘s singles. This match was moved to an indoor court thanks to a rainy forecast, a move that Ram capitalized on.

“I grew up playing on courts just like this. It‘s really where I‘m the most comfortable,“ he said. “I started blocking a few more balls on the court, making him play on a few more shots. I think he felt that and it forced a double out of him on the last point when he was maybe trying to go for a little too much.“

Women‘s doubles went 5-3 to Cirstea and Anna-Lena Groenefeld before Ram and Raven Klaasen edged Becker and Jean-Julien Rojer 5-4 in men‘s doubles. The night pivoted in mixed doubles. There Groenefeld and Rojer broke Klaasen to open the set and never looked back, winning 5-1.

“Our mixed doubles, and men‘s doubles, have played well, but they haven‘t been getting any breaks to finish it off,“ de Jager said. “They finally got those breaks. I was very proud of the team tonight.“

San Diego coach John Lloyd was pleased with his team‘s start and felt like the Aviators were in the captain‘s chair ÔÇô just as he‘d planned. If only they could have a do-over in mixed doubles.

“I knew we were probably slight favorites to win the men‘s doubles, which we did, and I thought that would give us some momentum,“ Lloyd said. “But that can happen in team tennis. One set can change all the momentum.“

Momentum has been in Springfield‘s pocket over the past few days. They could be playing for a WTT title if they can hang on to it.

“We‘ve got to keep doing our work and keep playing positive,“ de Jager said. “This is crunch time. The last four matches are going to be key for the season.“

TURNING POINT: Anna-Lena Groenefeld smashed a hot shot right off Raven Klaasen to secure the second break of mixed doubles. She and partner Jean-Julien Rojer dominated that set 5-1 to flip what had been a 13-12 deficit into Springfield‘s favor. That set the table for the closer, Sorana Cirstea.

NEXT ON: The second match of three in this Springfield homestand starts at 7:00pm Central tomorrow, with a visit from Washington. Bruno Soares will feature for the Kastles. Follow results on WTT.com/livescores or SpringfieldLasers.com.