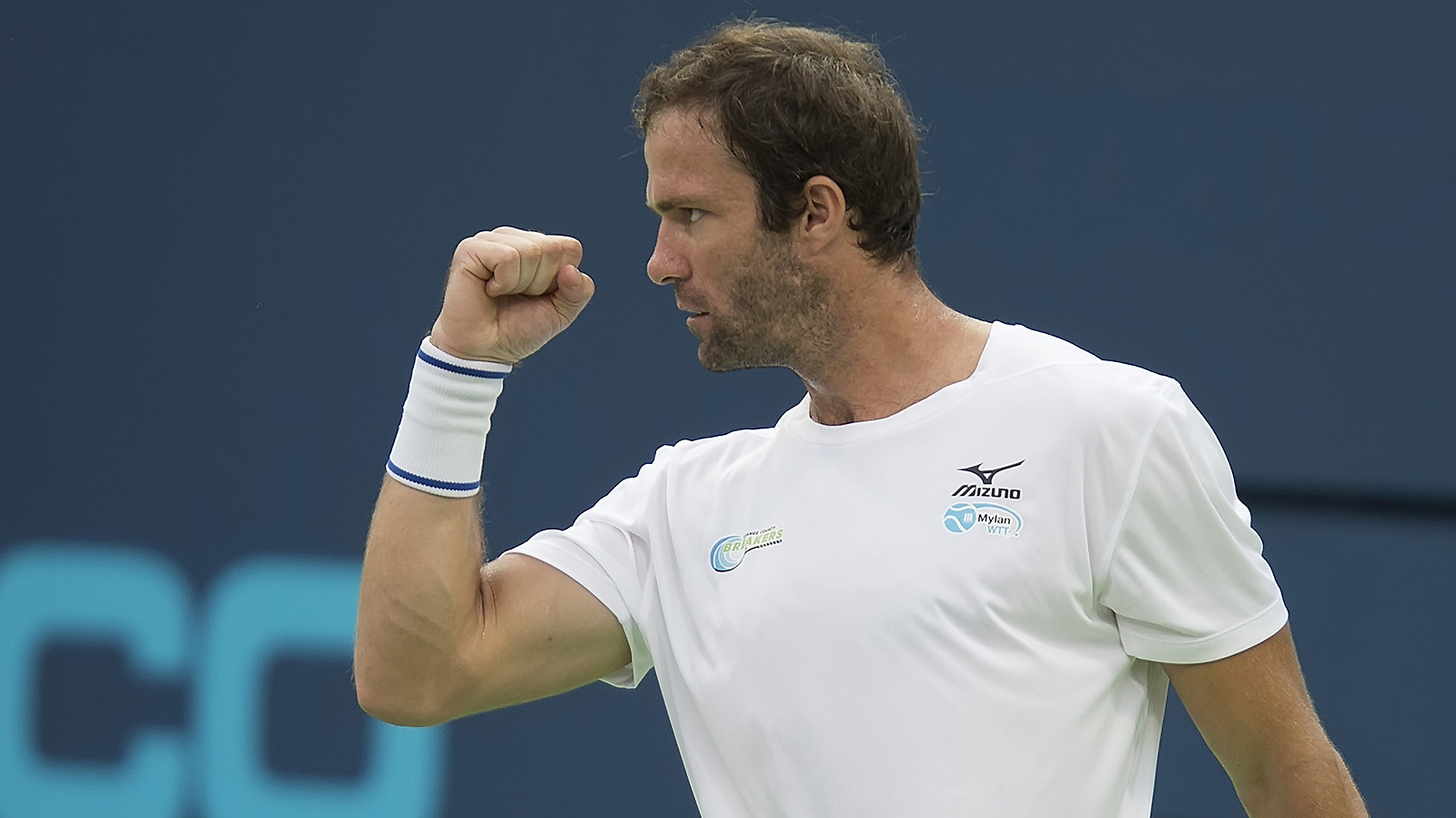 Thursday night‘s story at the USTA Billie Jean King National Tennis Center began all about a Canadian, but ended all about a Slovenian.

Andreja Klepac was the star of the second half of the match for the Orange County Breakers on the road, having a hand in winning sets for the visitors in women‘s and mixed doubles to lead her team over the New York Empire, 22-16.

“The one who is focused and feels better on the day is the winner. Today, [we] felt really good, dealt really well with the pressure – we just went for it, we were aggressive and we had nothing to lose,“ Klepac said. “I felt good today, I was confident and had a good feeling – I just enjoyed it.“

The win for Orange County was its first on the road this season and spoiled the season debut for Eugenie Bouchard, who was playing her first-ever match for the Empire.

Klepac connected on hot shots and volleys all over the court in the second half of the match en route to scoring a dominant 5-0 win alongside Yanina Wickmayer in women‘s doubles – including a perfect measured lob over Bouchard‘s shoulder that sealed the insurance break in the set. With the Breakers well in front headed to the final set, she and Ken Skupski rallied from a break down for a tiebreak victory in mixed doubles over Kirsten Flipkens and Ken‘s brother Neal Skupski.

In the previous meeting between the two teams in New York on July 20, it was Neal who beat his brother in both men‘s and mixed doubles in a dramatic 23-21 win for the Empire. The Breakers then exacted a measure of revenge on their home court on July 22, winning 24-18.

“I‘ve sort of got the hang of it – we were 1-1 [against each other this season] coming into this,“ the elder Skupski and Breaker said of Thursday‘s rubber match. “It‘s a funny thing – I obviously want to win massively, and so does he, but also I feel a bit bad as well. I‘m glad the team got a victory, that‘s the main thing.“

The night began on a high note for the Empire, as Bouchard put the home team in front after two events, 8-7, with a 5-2 win in singles over Wickmayer. Around the women‘s singles set, Teymuraz Gabashvili opened the night with a 5-3 win over Mardy Fish, before he and Skupski won the men‘s doubles in a tiebreak to tie the match at 12-12 at halftime.

Bouchard was making her first appearance in Mylan World TeamTennis in four years, and will also play again for the Empire on Friday night.

“The biggest thing for me in choosing to come back was just how fun it was. I really just have good memories of theÔÇªambiance, the team spirit,“ Bouchard said. “Being here is a great way to celebrate tennis. It‘s fun and we‘re a team and hopefully, the crowd enjoys how it‘s different from normal tennis. It‘s a lot of pressure and a lot of nerves, because you have a whole team that‘s expecting you to winÔÇªI love that.“

TURNING POINT: In what was a 12-12 match at halftime, a stunning display for Wickmayer and Klepac in women‘s doubles helped Orange County open up an unassailable lead. Three of the five games went to deciding 3-3 points, all of which were won by Orange County.

UP NEXT: The New York Empire returns to Court 17 at the USTA Billie Jean King National Tennis Center again on Friday, July 28. Bouchard will play in her final match for New York tomorrow against the defending Mylan WTT champion San Diego Aviators at 7 pm ET.