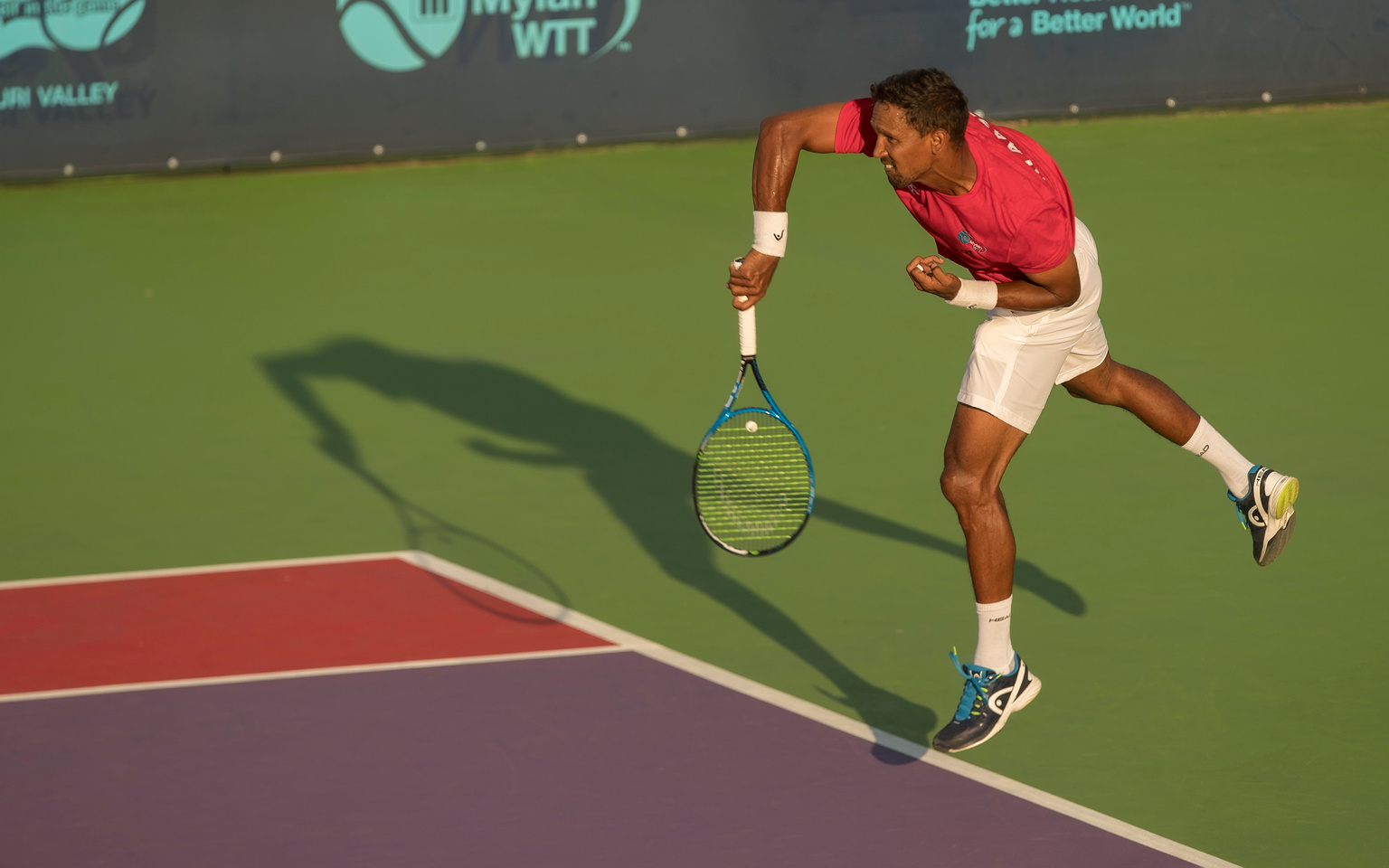 Playing with the same intensity that helped her reach the Australian Open semifinals earlier this year, CoCo Vandeweghe won three sets on Tuesday night at Omni La Costa Resort & Spa to lead the San Diego Aviators to an exciting 22-19 victory over the Orange County Breakers.

Before the match, Aviators Coach John Lloyd penciled in Vandeweghe, who was making her only Mylan World TeamTennis appearance of the season, to play Women‘s Doubles, Women Singles and Mixed Doubles.

The strategy paid off as Vandeweghe, a resident of nearby Rancho Santa Fe, Calif., showed why she is currently ranked No. 23 in the world as she put on one of the most impressive performances of the 2017 WTT season.

The 25-year-old Vandeweghe teamed with fellow Aviator and good friend Shelby Rogers to win Women‘s Doubles 5-3 over Andreja Klepac and Yanina Wickmayer of the Breakers.

With the Aviators trailing 13-12 at halftime, Vandeweghe helped San Diego tie the score at 17-17 with a hard-fought 5-4 victory in Women‘s Singles over Wickmayer, a semifinalist at the 2009 US Open.

That set the stage for Mixed Doubles in the final set as Vandeweghe and Raven Klaasen pulled ahead 4-2 over Klepac and Ken Skupski. In the final game, Vandeweghe put an exclamation point on her victorious night as she easily held serve to close out the win.

“It was so much fun to pull it through with my team. It‘s a team event so every point mattered. I was just trying to keep it close to come away with the win and Raven carried me through (in mixed doubles),“ Vandeweghe said. “The key for tonight was to try and play solid. I was just trying to be as solid as I could.“

With the victory, the Aviators improve to 5-3 and take sole possession of first place in the WTT standings.

A humorous moment highlighted the third set of the evening. With the overall score knotted at 10-10, Teymuraz Gabashvili of the Breakers was serving at 2-1 in men‘s singles when he blasted an ace past San Diego‘s Rajeev Ram. As the 32-year-old Russian prepared to serve the next point, he paused and asked out loud, “Wasn‘t that a Mylan Ace?“ As the crowd laughed, the PA announcer apologized to Gabashvili for not having his microphone on.

TURNING POINT: In the final set of the evening, San Diego‘s Raven Klaasen and CoCo Vandeweghe scored the critical service break in Mixed Doubles against Ken Skupski of the Breakers on a 3-3 point with the Aviators holding a razor-thin 3-2 lead. After Klaasen slammed a backhand service return, Orange County‘s Andreja Klepac punched a volley long to give the Aviators a 4-2 lead in the set and a 21-19 advantage in the match.

NEXT ON: After a day off on Wednesday, the Aviators travel to Springfield, Mo., to take on the Lasers at Mediacom Stadium at Cooper Tennis Complex on Thursday at 7:00pm Central. Follow live scoring on WTT.com/livescores or www.sandiegoaviators.com.