Lasers Scrape Through A Tight Match In Washington 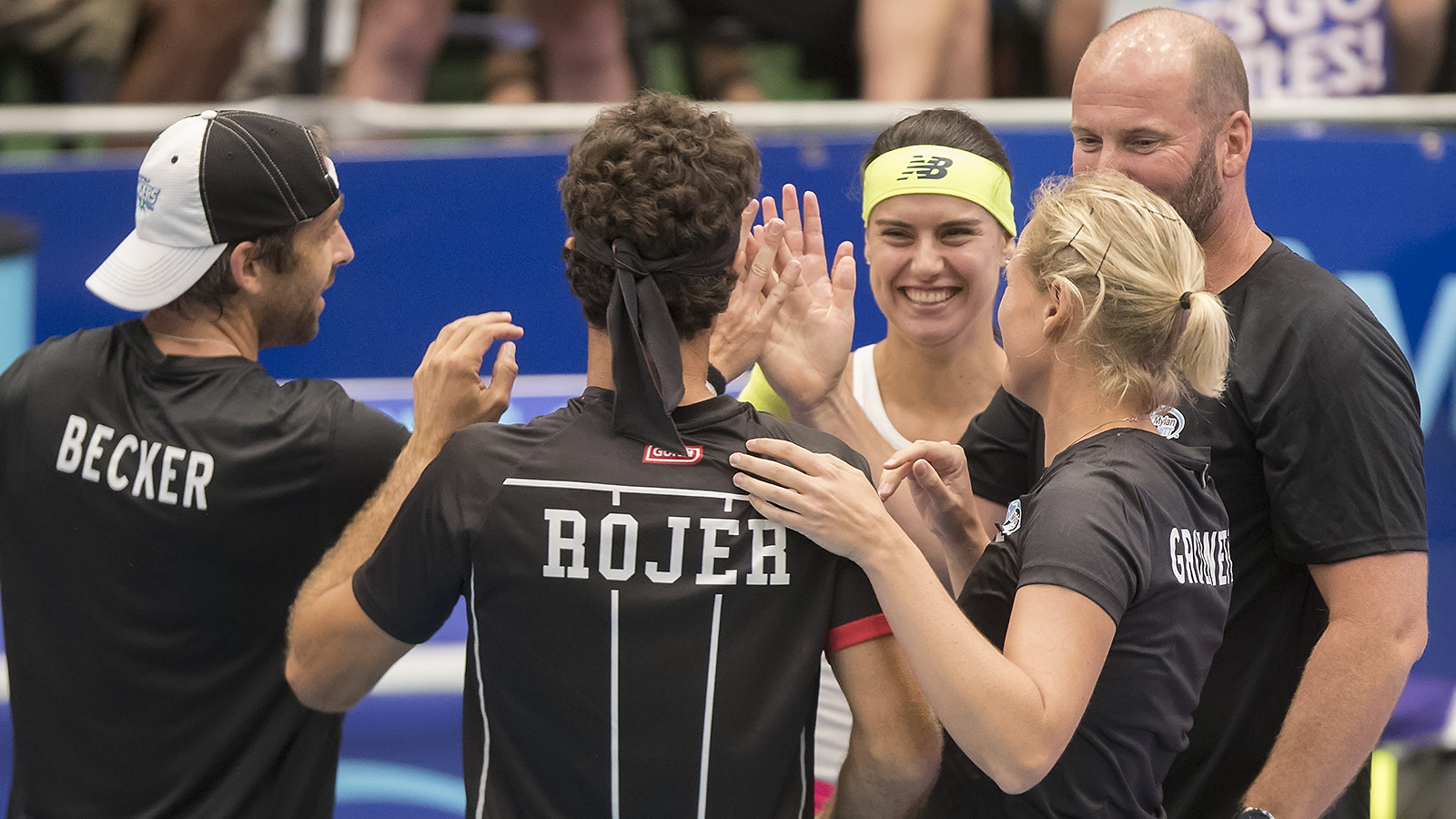 A rollicking sold-out crowd came to support the home court season debuts of the Washington Kastles‘ Venus Williams, Sam Querrey, and Bruno Soares, but it was Sorana Cirstea in her first-ever Mylan World TeamTennis appearance who pulled off a stunning comeback and helped steer the Springfield Lasers to victory, 23-21.

The tightly-contested match brought the capacity crowd to their feet numerous times, as the match stretched into Extended Play for the second time this season at Kastles Stadium at the Smith Center. But the Kastles never held a lead in the match, as the first game of the mixed doubles saw Springfield‘s Anna-Lena Groenefeld hit a winning volley to break the serve of Bruno Soares. Groenefeld and partner Jean-Julien Rojer dominated Soares and Williams from that point on to take the opening set 5-2.

It appeared that Williams would reclaim the momentum for Washington in women‘s singles, as she raced out to a 4-1 lead over Cirstea. But, serving for the set, Williams double-faulted after a controversial second serve overrule by the umpire that had Kastles coach Murphy Jensen and the crowd howling with disapproval. Cirstea quickly held and broke again to send the set to a tiebreak, which she won 5-1 with a service winner off the let cord.

“Even those first few games, I felt I was there,“ reflected Cirstea after the match. “It was just a matter to be a little bit more focused, and I was happy to do it at the end.“ Cirstea dealt with travel from Istanbul Monday night before jumping right into her first World TeamTennis season, and even though she said she was dealing with nerves, she felt her initial foray into WTT went “much better than I expected.“ Her teammate Benjamin Becker concurred, saying that Cirstea did “unbelievably well“ in a venue with “great atmosphere.“

Staring down a 6-10 deficit, the Kastles slowly chipped away at the Lasers‘ lead and won the remaining three sets in tiebreaks. The men‘s doubles saw no breaks of serve before Bruno Soares flicked a forehand pass for a winner to eke out the tiebreak 5-4 and give him and Querrey the set over Rojer and Becker. Soares knew the set was key to staying in the match, as the Kastles “played behind the whole match, and that‘s not easy. But the crowd kept the energy up, and that was very important for us.“

In the women‘s doubles, after trading breaks in the opening games, Williams and Anastasia Rodionova took the tiebreak 5-2 when Groenefeld hit a forehand long, ending Cirstea‘s perfect record. With Springfield‘s lead down to 18-16, Washington was on a run and was set up for Wimbledon semifinalist Sam Querrey to complete the comeback in men‘s singles.

Benjamin Becker, however, had other ideas. Playing his second season for the Lasers, the German veteran matched Querrey service game for service game. Querrey clinched the set in the tiebreak with a drop shot winner, but it only required one game of Extended Play for Becker to claim the victory for Springfield.

Becker was excited to close out the match in a lengthy final battle, as he suffered a defeat in the same situation earlier in the season in San Diego. “I didn‘t want to let my team down,“ said Becker, “and luckily I held my serve and I served it out in the end, so I‘m happy that I could help my team out. We fought hard all day and played well, and I think we deserved to win.“

TURNING POINT: Venus Williams was in command in the women‘s singles, up 4-1 and serving. But the entire match turned on a dime when a crucial overrule led to a Williams double fault. Cirstea was able to garner her focus in the whirlwind of her first World TeamTennis match, and won 13 of the last 16 points to take the set and keep Springfield ahead after their lead seemed to be evaporating.

NEXT ON: Mardy Fish and the New York Empire come back to town, with the Kastles looking to improve their season record against the Empire to 2-0. Follow results on WTT.com/livescores or washingtonkastles.com.