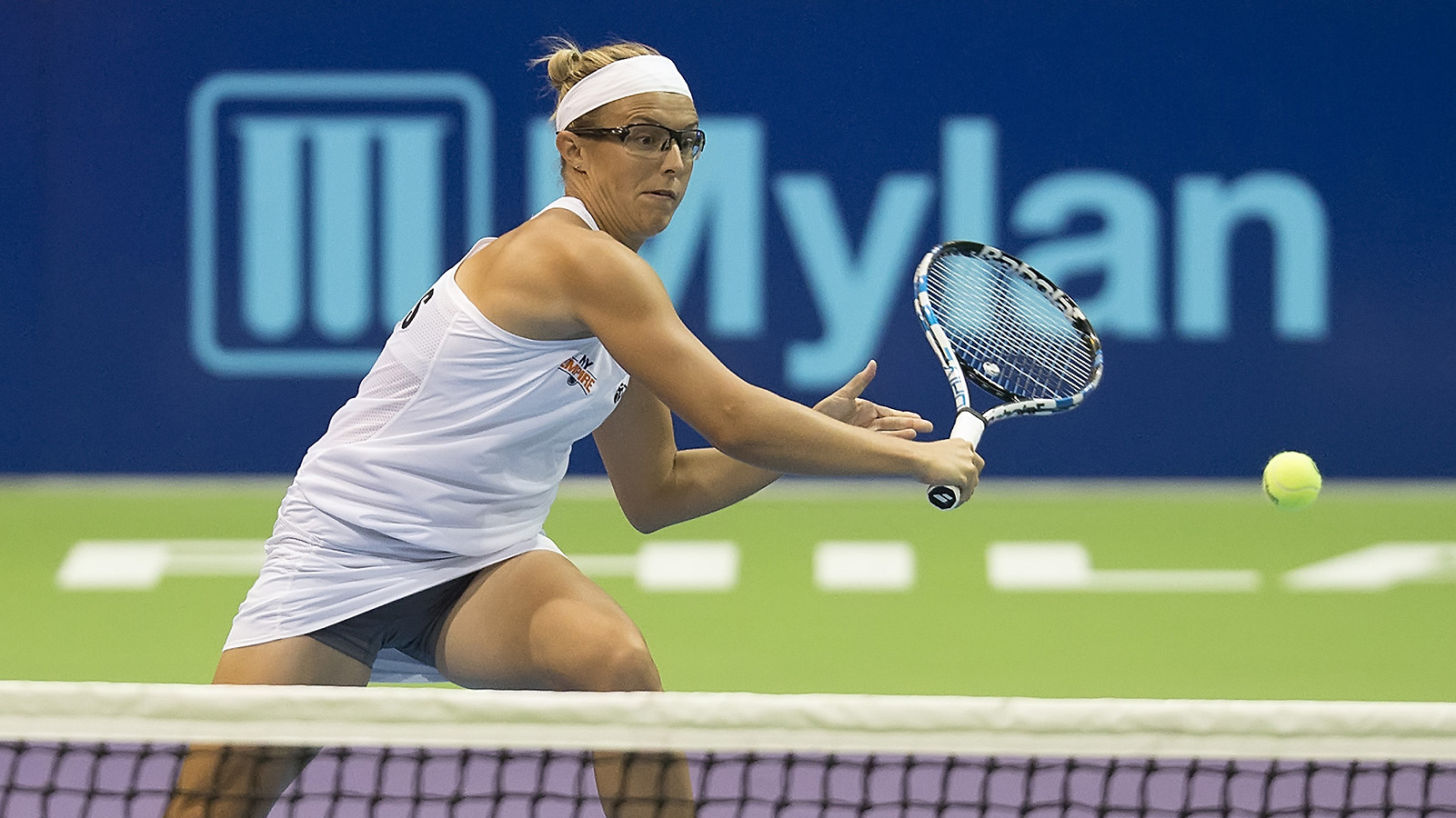 The Philadelphia Freedoms and New York Empire entered Tuesday night‘s match at Hagan Arena on the campus of St. Joseph‘s University with their own goals.

The Freedoms were looking to remain in a tie atop the standings while visiting Empire were in need of win after dropping both of their road matches in California. When the night came to an end, the Empire pulled off an uncommon feat, winning all five events on their way to a 25-18 victory.

“They are all big, especially if you can get up early,“ said Mardy Fish, who earned two big wins for New York in singles and doubles. “The win in men‘s doubles to open the evening was big and the girls just took it and ran with it. We won every set which is rare but it was good.“

Similar to Monday night against the Kastles, the Freedoms entered the final set of the evening once again needing a win to send the match to Extended Play. All season long, the mixed doubles duo of Fabrice Martin and Taylor Townsend has been a steady force, winning six of their seven sets.

It looked as though they were once again on the way to victory after breaking Neal Skupski to take a 4-2 lead. But, similar to the women‘s doubles set in which New York trailed 3-0, the Empire came right back by breaking Townsend to get within 4-3 before Flipkens held serve to force a tiebreak.

In the tiebreak, the Freedoms jumped out to a 3-1 lead with Martin holding serve before earning the mini-break against Skupski. Once again, the Empire fought back winning the final four points to win the break 5-3 and the set 5-4 to close out the match.

“We needed to win tonight,“ said Kirsten Flipkens, who was victorious in the women‘s doubles, women‘s singles and mixed doubles. “We knew how important tonight was and I thought we handled the pressure well and I am proud of our team.“

Tonight‘s match also featured a trip back in time with Andy Roddick, recently inducted into the International Tennis Hall of Fame, taking the court for Philadelphia against one of his best friends and former rivals Mardy Fish.

As they had done many times during their time on tour, the duo had a classic set with each player holding serve and six of the eight games ending on a Mylan Ace. Giving the crowd plenty to cheer about, the match went into a tiebreak with Fish prevailing 5-3 in the tiebreak and 5-4 in the set to give his team a 15-10 halftime cushion.

“I really enjoyed tonight,“ said Roddick following the match. “Philadelphia is a town that lives and breathes sports and as a tennis player it starts and ends with World TeamTennis. The environment was great and it was nice to play Mardy again.“

Fish echoed Roddick‘s feelings by adding, “Tonight was a blast. I love the format and love playing WTT. Tonight was no different. Andy and I know each other inside and out. There is nobody who knows me better and we have played those types of sets plenty of times. Philadelphia has an awesome stadium and they have great fan support. It‘s been a blast playing here.“

TURNING POINT: With Philadelphia leading 3-2 in the women‘s doubles set, Flipkens and Maria Sanchez earned the service break to level the set at 3-3 before going on to win the set 5-3 and push their lead to 10-6.

NEXT ON: The Freedoms will host the Springfield Lasers at 12:00 PM in a business person‘s special at Hagan Arena on the campus of St. Joseph‘s University on Wednesday July 26. Follow results on WTT.com/livescores or www.philadelphiafreedoms.com.