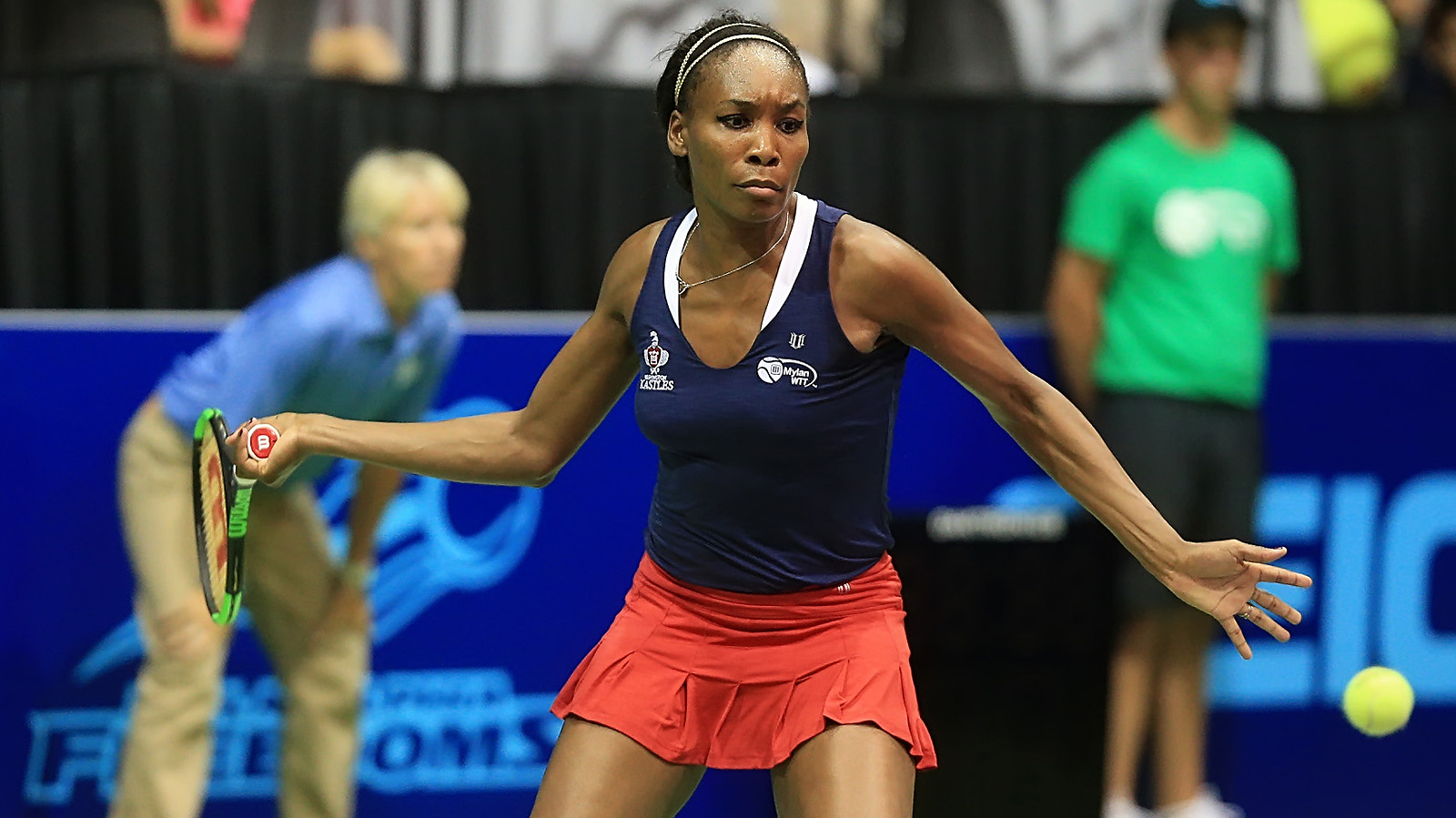 With Williams and Querrey leading the way, the Kastles avenged consecutive losses to Philadelphia. Washington handed the Freedoms a 20-15 defeat in Extended Play to end Philadelphia‘s four-match win streak.

With the trailing team having the ability to force Extended Play by winning the final set, the Freedoms did just that courtesy of Fabrice Martin and Taylor Townsend. Philadelphia trailed 19-10 before Philadelphia‘s dynamic duo blanked Bruno Soares and Williams 5-0 to slice the deficit to 19-14.

In the first game of Extended Play, Soares fought back to force a deciding 3-3 point. With a big serve, the Kastles ultimately closed out the match.

“The mixed doubles set was very interesting,“ Soares said following the match. “It was one of those 5-0 sets where we did not play bad.“

Philadelphia came out on fire. Taylor (Townsend) played unbelievable and got two breaks of serve. In Extended Play we got down early and I felt a bit of pressure but that is what World TeamTennis is all about. It was a tough situation but we were able to fight through and get the win.“

“We entered the mixed doubles set with nothing to lose,“ said Philadelphia‘s Fabrice Martin. “The plan worked perfectly as we won the set 5-0. In Extended Play we had our chance and it looked like we might be able to pull even but it didn‘t work out that way and Washington got us tonight.“

The night opened on a high note for the home team with Darian King and Martin outlasting Soares and Querrey 5-4 in a set that featured no breaks until the tiebreak. There, King hit a winner to break Soares and clinch thetiebreak 5-3.

The momentum changed early for Washington when Venus Williams picked up where she off at Wimbledon, handing Sloane Stephens a 5-2 defeat to give the Kastles a 9-7 advantage they would not relinquish the rest of the night.

“It was really important,“ said Williams referring to giving her team they would not relinquish the rest of the evening. “Playing mixed doubles, to have the cushion really helped us because we didn’t win a game (in the set). I’m grateful for the format, it makes it exciting. You can have a chance to win even when you’re far behind.“

“This was one of my best World TeamTennis matches,“ added Williams. “I felt good out there. It’s not easy to come out here and go so fast, but here we are. I’m excited about it.“

Following Williams‘ victory, Querrey did his job by beating King 5-3 to push Washington‘s lead to 14-10 at halftime. The Kastles continued to pad their lead as Anastasia Rodionova and Williams rolled 5-0 to provide the 19-10 margin heading into the final set.

Although the Freedoms refused to go away, the deficit proved to be too much in the end.

TURNING POINT: With Philadelphia holding a 5-4 lead after the opening set, Venus Williams turned the tide by dismissing Sloane Stephens 5-2 to put Washington in front 9-7, a position they maintained the rest of the evening.

NEXT ON: The Freedoms will play the third of six consecutive home matches against the New York Empire with Andy Roddick, newly inducted into the International Tennis Hall of Fame, taking the court for Philadelphia on Tuesday, July 25 at 7:30 pm at Hagan Arena on the campus of St. Joseph‘s University. Follow results on WTT.com/livescores or www.philadelphiafreedoms.com.