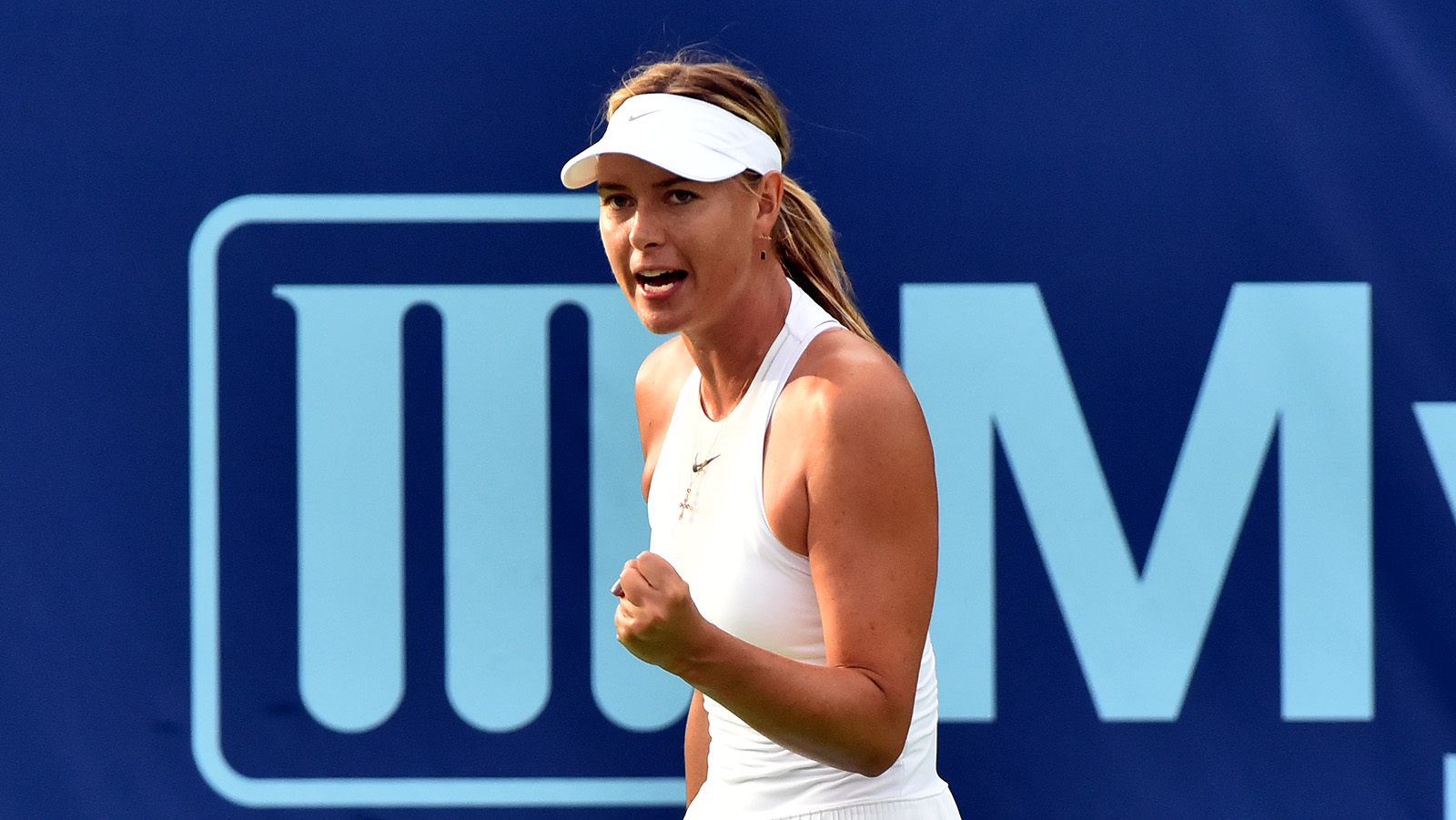 Maria Sharapova and Steve Johnson drew all of the attention in the Orange County Breakers‘ match against the San Diego Aviators. The two stars did not disappoint, as they led the Breakers to a thrilling, 22-19 Mylan World TeamTennis win at Palisades Tennis Center on Monday night.

Sharapova, a five-time Grand Slam champion, was featured in the beginning and Johnson factored largely in the end, as he recorded a critical men‘s singles tiebreak victory over Rajeev Ram, 5-4.

Sharapova and Andreja Klepac teamed up for a 5-2 win in women‘s doubles in the opening set over Rogers and Darija Jurak. Sharapova and Klepac rallied from a 2-0 deficit.

The Russian displayed a strong serve and moved well around the court. She had lost to Rogers in women‘s singles, 3-5, in the Breakers‘ season opener at San Diego on July 16. But Sharapova used her serve and high energy to take down Rogers, 5-3, to give the Breakers a 10-5 lead. Sharapova broke Rogers in the third game to go up 2-1 and held each of her serves on her way to the win.

“I felt really great; I had great energy,“ said Sharapova. “I had great support from the team and the crowd. It was a great night, a great ending as well.“

Sharapova, who missed the grass season due to a thigh injury, arrived to the court a bit early to hold a press conference. She said it was difficult to be away, but was excited to play World TeamTennis and the platform it offers to regain her confidence.

“I played much better than I did a week ago,“ Sharapova said after the win. “So that was an improvement. That‘s one of the main reasons I wanted to come out here to play.“

When Johnson took on Ram in the final set of the night, the Breakers held a 17-15 lead. Ram hung tough with Johnson, breaking his serve twice. Ram then held his serve in the sixth game to go up, 4-2 and tied the overall score, 19-19.

But Johnson responded while on the precipice of defeat. He denied Ram on match point and won his service game to put the Breakers back up 20-19.

Johnson then broke Ram’s serve to tie the set, 4-4. Johnson, who predicted a win the night before, ended the match with a 5-3 win in the tiebreak. The Breakers improved to 4-3 to move into a four-way tie with San Diego, Washington and Philadelphia at the halfway point of the season.

“It was so exciting,“ Leach said. “This is what World TeamTennis is all about. It started out so great. Maria got us up 10-5. Andreja was playing great in women‘s doubles. San Diego is such a great team. I knew they would keep on fighting. Stevie is such a champ. I want him on the court when it comes down to it. It was great to have Stevie out there. He made it closer than I wanted it. But he‘s a true champion. He found a way to win.“

TURNING POINT: Steve Johnson responded from a 4-2 deficit in men‘s singles and with the overall score at 19-19. Johnson turned it on and Ram could not stop him.

NEXT ON: The Breakers will take on the San Diego Aviators once again, this time at the Omni La Costa Resort and Spa Tuesday at 7 p.m. Follow results on WTT.com/livescores or www.breakerstennis.com.