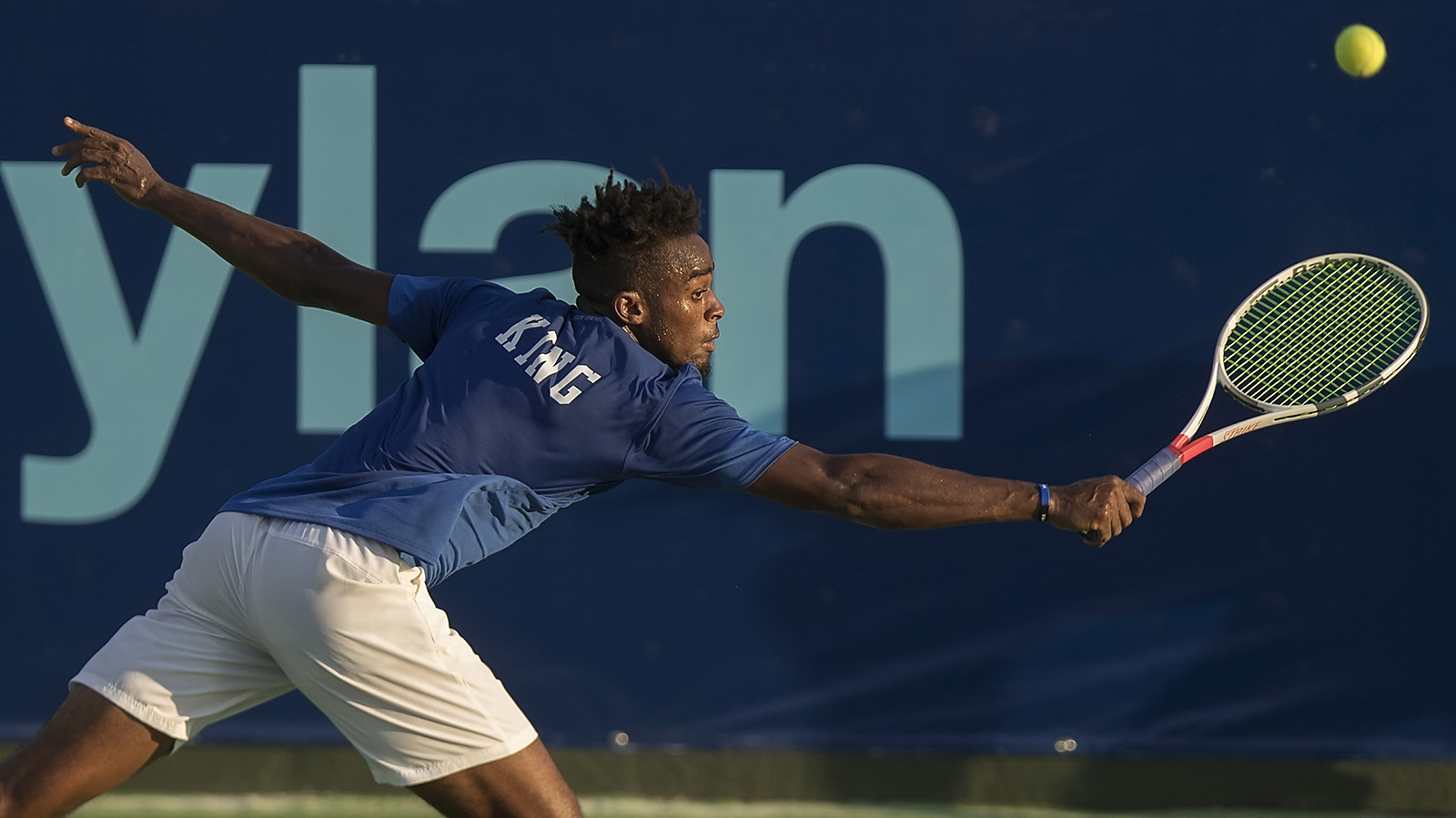 The evening may not have started off well for the Freedoms but it certainly finished on a high note.

Facing an early deficit after the first set, the Freedoms rallied to post a 20-18 win over the Washington Kastles to post their first ever home win at Hagan Arena on the campus of Saint Joseph‘s University, and fourth consecutive victory with the previous three coming on the road.

It was a match that went back and forth for much of the first two sets. Darian King would give the Freedoms some breathing room heading into halftime by posting a 5-2 win over Sam Groth to give Philadelphia a 13-9 lead.

“I found out today that I would be playing in front of the home crowd and I was excited,“ said King. “I know each game counts and I was pumped that I could go out and play well.“

Following halftime, the women took center stage as Madison Brengle squared off against Sloane Stephens in a re-match from Friday evening when Stephens handed Brengle a 5-4 defeat.

This night belonged to Brengle who defeated Stephens 5-2 and sliced Philadelphia‘s lead to 15-14 heading into the final set.

“Without question Madison has been one of the best players in Kastles history and tonight was a perfect example why,“ said Washington coach Murphy Jenson following the match. “She does not let one night get her down. She goes out and takes care of business, which is flawless execution and a player who makes you earn your points.“

In the breaker, Philadelphia earned the mini-break when Townsend unleashed a backhand down the line to give her squad a 3-1 lead. From there, Townsend held her serve to give Philadelphia the 5-4 win in mixed doubles.

“Fabrice and Taylor are playing like they are supposed to play ÔÇô solid,“ said Kardon. “They both return well. Taylor being lefty with her serve is a weapon so it‘s all good.“

TURNING POINT: Holding a slim 8-7 lead after two events, Philadelphia‘s Darian King gave his team the cushion they would need with a 5-2 win over Sam Groth in men‘s singles. That set win boosted the Freedoms to a 13-9 lead going into halftime.

NEXT ON: The Freedoms will play the second of six consecutive home matches against the Washington Kastles featuring Wimbledon finalist Venus Williams on Tuesday, July 24, at 7 pm at Hagan Arena on the campus of Saint Joseph‘s University. Follow results on WTT.com/livescores or www.philadelphiafreedoms.com.