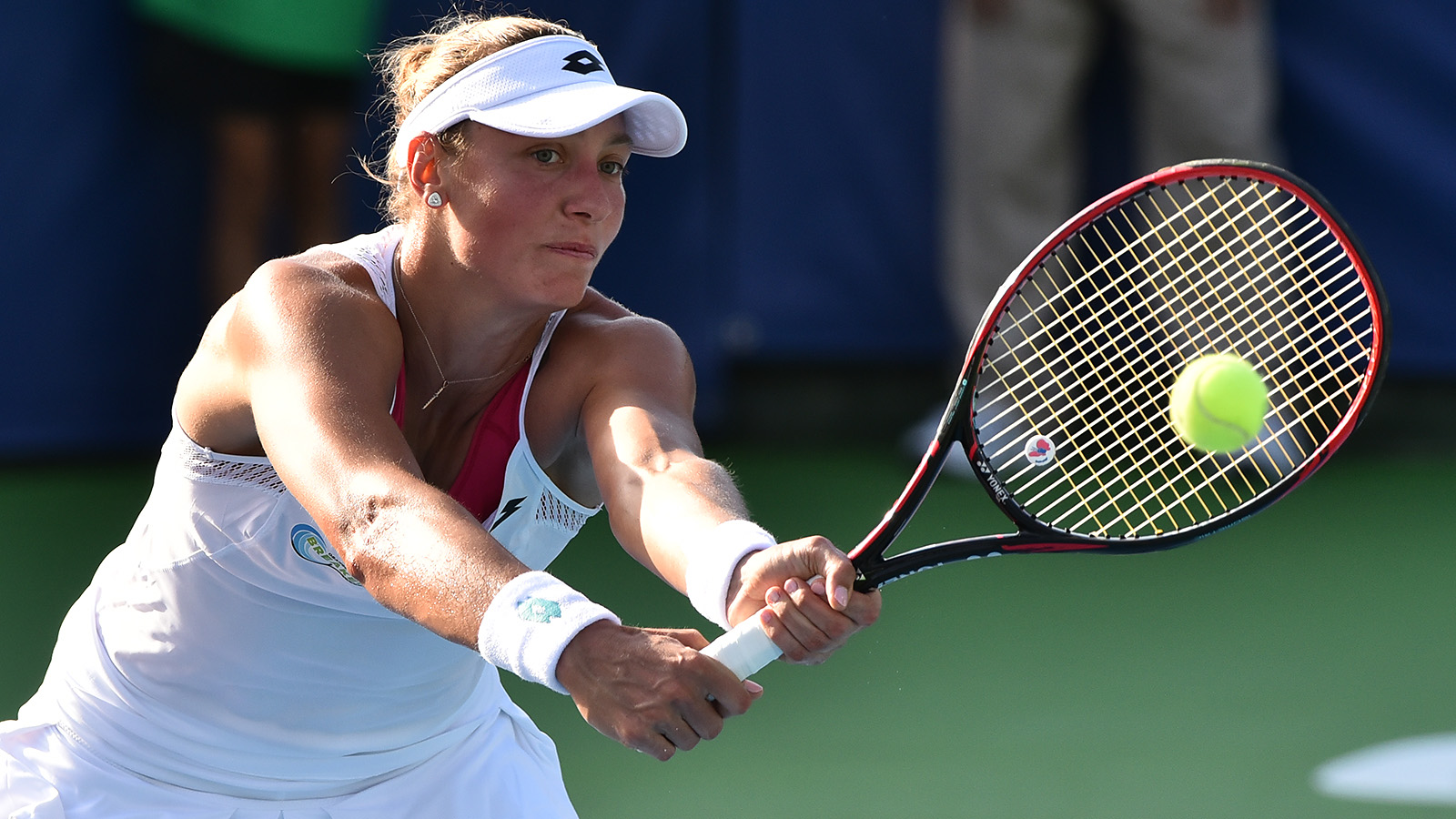 It seemed to be ladies‘ night for the Orange County Breakers on Sunday because Yanina Wickmayer and Andreja Klepac were at their best at Palisades Tennis Club.

Wickmayer again gave the Breakers a strong start with a 5-2 win against Julia Boserup of the Springfield Lasers in women‘s singles. Then she teamed up with Klepac for a 5-1 win in women‘s doubles over Boserup and Anna-Lena Groenefeld. Those efforts helped the Breakers earn their third straight win at home, a 25-10 victory over the Lasers.

“They got us off to a great start,“ Breakers coach Rick Leach said of Wickmayer and Klepac. “Any time the women can win 5-1 and 5-2 it‘s a huge advantage because for the men it‘s tough to get the breaks of serve. Yanina has been playing really awesome the past two nights.“

Wickmayer must also love the comfort at Palisades Tennis Club. She recorded a 5-0 win in women‘s singles against the New York Empire on Saturday night.

Johnson appeared to be in a playful mood against the Lasers, one night after he played with emotion during a match that was dedicated to his late father, Steve Johnson Sr.

Johnson ended the match with a 5-2 win in men‘s singles over Becker.

“It‘s easy when you can come out and you‘re up by 10 or 12 games at the end,“ Johnson said. “It‘s so hard to let down. This format is fun and you have fun. You can get the crowd into it.“

The Breakers (3-3) won each set against the Lasers, including a 5-1 victory in mixed doubles from Klepac and Skupski.

The home victory apparently gave Johnson some confidence for Monday night‘s match when Maria Sharapova will join the Breakers against San Diego.

“We‘re going to get another win (Monday) night,“ Johnson said. “It‘s going to be fun. Maria will be here. It will be another full house.

It‘s good to see good tennis and for her to come back and kind of get back on track.“

Johnson ended the match strong against Becker with three straight aces. He maintained the energy from the crowd during his play.

“We like playing at home,“ Leach said. “We have great fans and we have great energy out here and we‘re comfortable. It‘s very difficult to win on the road in World TeamTennis but we‘re going to have to win some on the road. But I‘m happy with the way things are going.“

TURNING POINT: Yanina Wickmayer and Andreja Klepac teamed up in women‘s doubles to extend the Breakers‘ lead to 10-3 with a 5-1 win over Anna-Lena Groenefeld and Julia Boserup.

NEXT ON: Maria Sharapova will join the Breakers when they take on the San Diego Aviators Monday at 6:05 p.m. at Palisades Tennis Club.

“It‘s going to be exciting having Steve Johnson and Maria Sharapova, two superstars of the game here,“ Leach said. “It‘s a tough ticket and it‘s already sold out. It‘s going to be really exciting.“