Aviators Get Back On Track In Defeating Empire 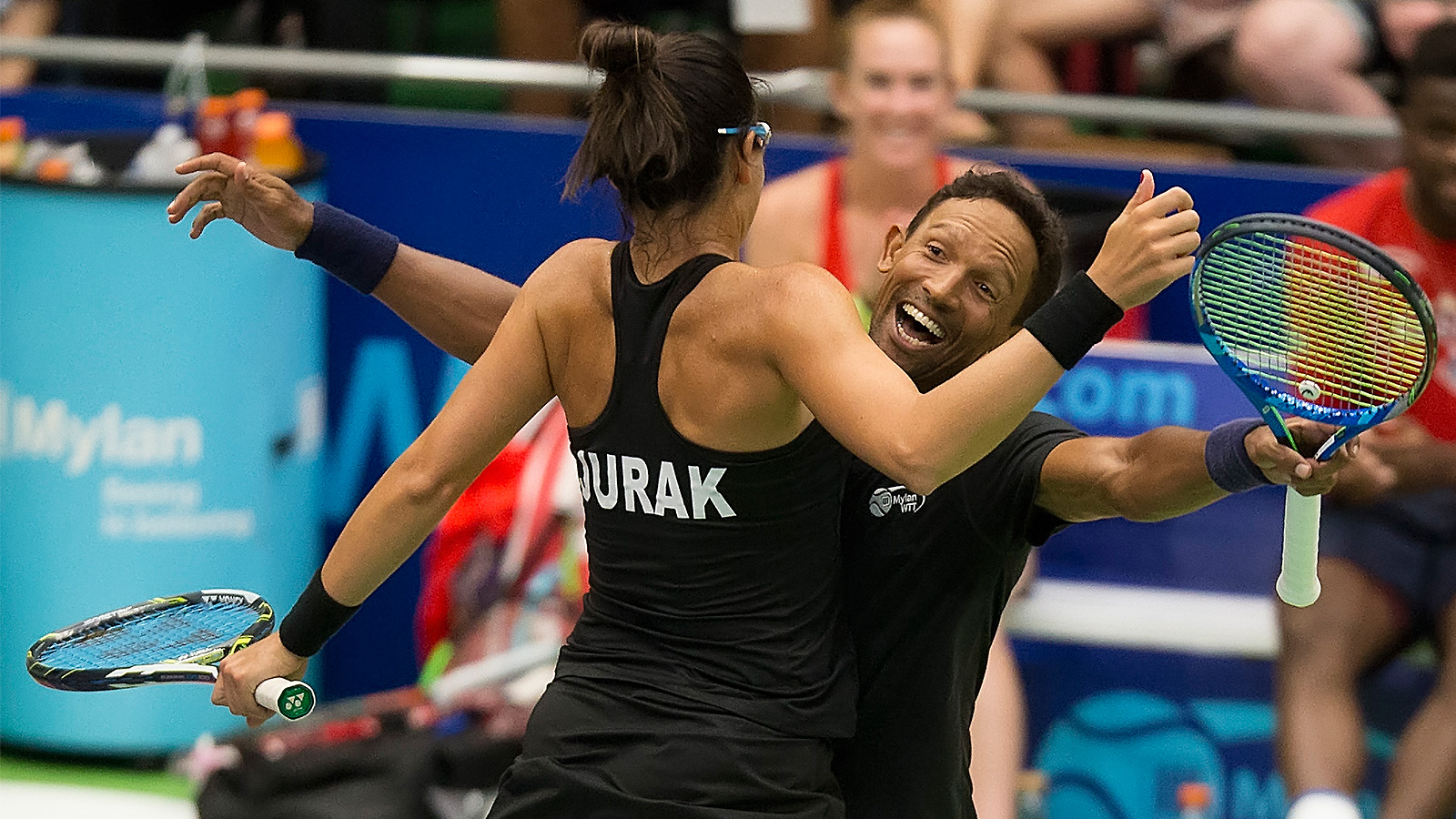 Darija Jurak, who is appearing in her third straight season for the Aviators, played perhaps her best match of the season as she teamed with Shelby Rogers to open the match with a 5-4 win in women‘s doubles over New York‘s Maria Sanchez and Kirsten Flipkens.

With tennis legends Rod Laver and Jimmy Connors among the fans watching tonight‘s action, the Aviators put together impressive wins in women‘s singles and men‘s doubles to take a 16-14 advantage into the final set, which pitted San Diego‘s Jurak and Raven Klaasen against Marcus Willis and Flipkens of the Empire.

Playing with pinpoint precision, Klaasen and Jurak needed only 13 minutes and a key service break to capture the mixed doubles set 5-2 and wrap up the victory for the Aviators, who improved their overall record to 4-2. San Diego is tied with the Philadelphia Freedoms (4-2) for first place.

“We are playing so good. Our team is rising with confidence. It‘s looking good for us at the moment,“ Jurak said as the Aviators celebrated their win on Stadium Court.

When asked what the key to her solid play against the Empire was, Jurak responded, “I adjusted to the conditions. Every day is a different court, different speeds. I also thought about the tactics on court and I combined it all together.“

TURNING POINT: With the Aviators leading New York 15-14, Mark Philippoussis and Raven Klaasen held a slim 4-3 lead in men‘s doubles over Marcus Willis and Neal Skupski. With his signature power serve, Philippoussis served out the set to give the Aviators a well-earned 5-3 win in the set and a critical 16-14 lead over the Empire heading into the final set of the evening.

NEXT ON: The Aviators will travel to Newport Beach, Calif., on Monday to visit the Orange County Breakers at 6:05 pm Pacific. The Breakers‘ line-up will include former world No. 1 Maria Sharapova and U.S. Davis Cup star Steve Johnson. Follow results on wtt.com/livescores or www.sandiegoaviators.com.