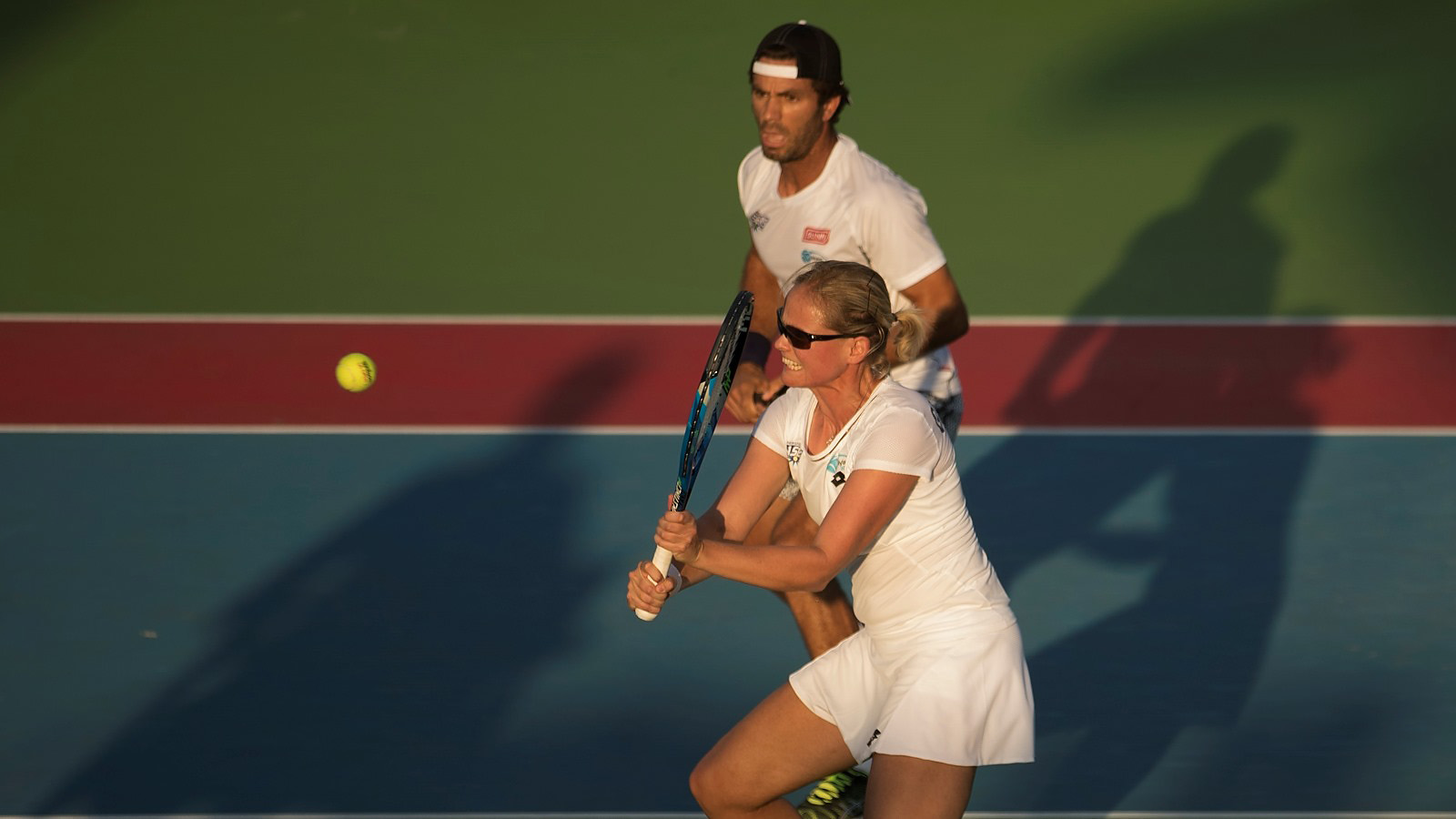 The visiting Springfield Lasers overcame a spirited rally on a cool night at Omni La Costa Resort & Spa to defeat the San Diego Aviators 22-20 in Extended Play and snap a four-match losing streak.

After dropping the opening set in Men‘s Doubles, the Lasers came back to win Women‘s Singles, Men‘s Singles and Women‘s Doubles to establish a 17-11 lead heading into the final set of the match ÔÇô Mixed Doubles.

In the most exciting set of the evening, Raven Klaasen and Darija Jurak of the Aviators thrilled the vocal home crowd with a 5-4 win over Jean-Julien Rojer and Anna-Lena Groenefeld of the Lasers to send the match to Extended Play with Springfield leading 21-16.

Klaasen and Jurak played spectacular tennis and won four consecutive games to cut the Lasers‘ lead to 21-20, but in the fifth game of Extended Play, Rojer held serve to clinch the victory when Klaasen stroked a forehand service return long.

“It felt nice to win that last point. Everything was on the line. They were on a roll and they got some momentum as well. The crowd really helped a lot. It was a great crowd,“ Rojer said. “We had to weather the storm and wait for some chances. In the end, we stayed calm, tried to make serves and play the points.“

The match marked the first appearance for Mark Philippoussis, the former Wimbledon and US Open finalist who was making his debut with the Aviators. The Australian is a resident of Cardiff-by-the-Sea, a beach community located in San Diego‘s North County.

“World TeamTennis is very different, it‘s very exciting. I‘ve always loved playing and I love the team atmosphere. It‘s nice to be part of a team,“ Philippoussis said. “I‘m going to do my best for the team and help them anyway I can. I‘m excited to be part of the Aviators.“

Against the Lasers, Philippoussis teamed with Klaasen for a 5-2 win in Men‘s Doubles over Benjamin Becker and Rojer. Despite showing flashes of brilliance, he fell to Becker 5-1 in Men‘s Singles.

The Lasers improved to 2-4 this season, while the Aviators fell to 3-2.

TURNING POINT: After the Aviators opened the match with a 5-2 win in Men‘s Doubles, Julia Boserup of the Lasers gave Springfield the momentum as she converted on both of her break point opportunities to defeat Shelby Rogers of the Aviators 5-2 in Women‘s Singles.