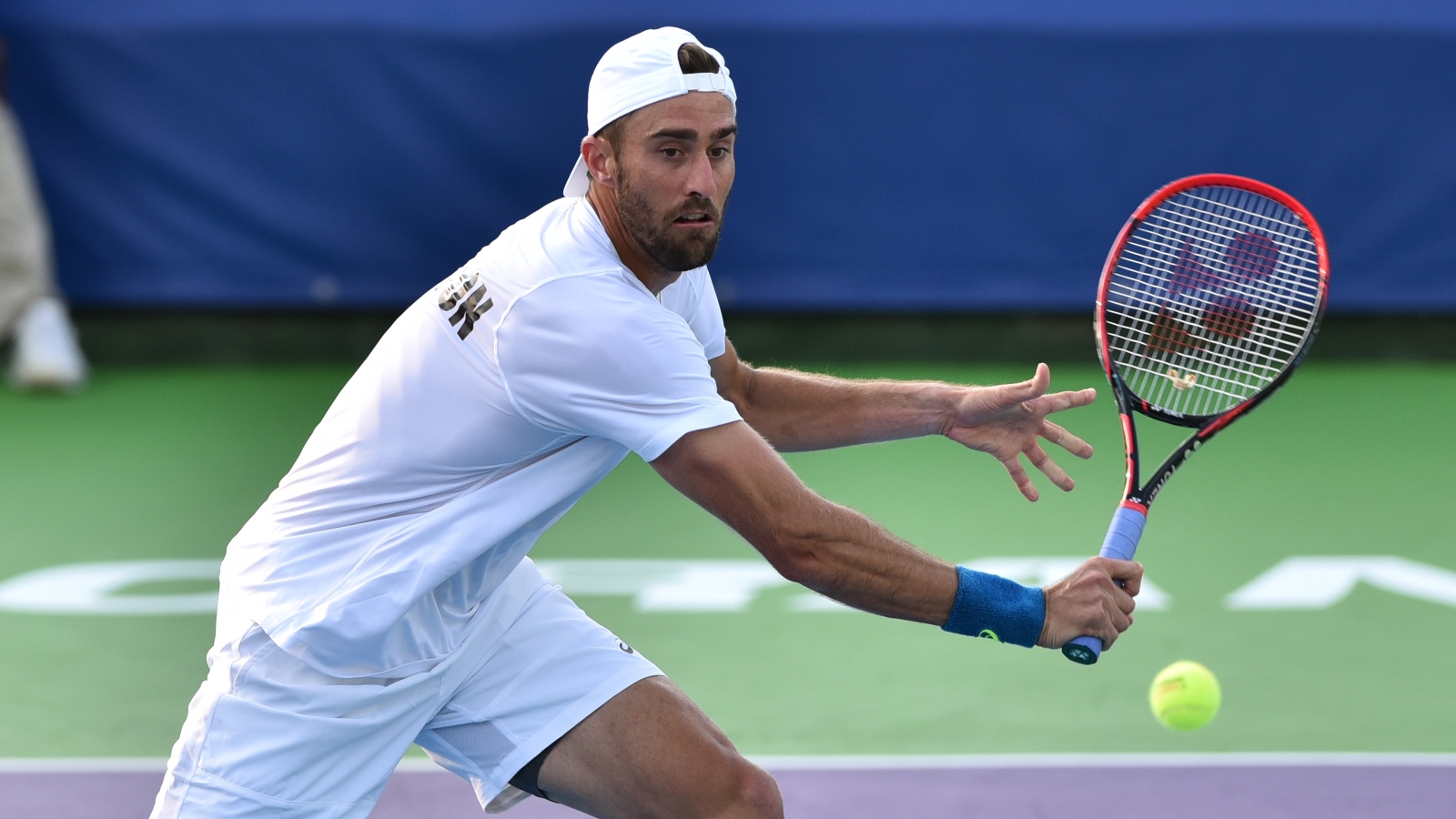 The Orange County Breakers‘ home match opened with a moment of silence for the late Steve Johnson Sr. at Palisades Tennis Club on Saturday night.

Steve Johnson (Jr.) later silenced Marcus Willis during Extended Play to end the match that the Breakers won, 24-18, over the New York Empire. Johnson, also known as Stevie, displayed great emotion after recording three aces and hit a tennis ball over the clubhouse.

It was evident the match meant a great deal to him, as it was dedicated to his father and it began with a tribute. Johnson Sr. died in his sleep at 58 on May 11. Playing tennis remains difficult for Johnson, who said it is also therapeutic to play the game.

“Yes it is (therapeutic) because this is what we loved to do,“ Johnson said. “But no (it‘s not therapeutic) because this is where we spent all our time. This is where I grew up, on the tennis court. It‘s something I‘ll never find again so sometimes it‘s hard to fight those emotions. (Tennis is) something he taught me a lot about so it goes both ways.“

Johnson said he was emotionally “fried“ after the match. Each Breakers player and coach Rick Leach wore a special logo on their shirt that read: SJ Sr.

Leach‘s eyes watered while speaking to the media after the match. He reminded everyone that Johnson Sr., a former Breakers assistant coach, made a great impact on Southern California tennis as an instructor. Leach also praised Johnson for his effort and his ability to play while dealing with so many emotions.

Johnson actually lost to Willis, 5-4, in men‘s singles, the fifth and final set of the match before it went to Extended Play. Willis then won the first game but Johnson ended the match and the Empire‘s hopes. The victory ended the Breakers (2-3) two-match skid.

“When you get on a tennis court, you‘re always reminded of (being with your dad),“ Johnson said. “You make it through with love and support from friends and family ÔÇª I wanted to hold on for the team and get a win for him. This is home for him, Southern California tennis.“

Yanina Wickmayer, making her Breakers‘ home debut, helped OC get out to a great start with a dominating effort in women‘s singles. She controlled the action and took down the Empire‘s Kirsten Flipkens, 5-0, with Newport Beach mayor Kevin Muldoon looking on. That win proved huge as three of the next four sets went to tiebreakers.

The Empire won in mixed doubles, 5-4, with Flipkens and Maria Sanchez edging Wickmayer and Andreja Klepac. Johnson and Ken Skupski took down Willis and Neal Skupski in the men‘s doubles set, 5-4.

TURNING POINT: Yanina Wickmayer‘s sweep of Kirsten Flipkens in women‘s singles gave the Breakers great momentum from the start. The 5-0 win turned the match in the Breakers‘ favor early.

NEXT ON: The Breakers will play again at Palisades Tennis Club in the second match of a three-match homestand against the Springfield Lasers Sunday at 5:05 p.m. Maria Sharapova will join the Breakers on Monday in a match that starts at 6:05 p.m. against the San Diego Aviators. Follow results on WTT.com/livescores or www.breakerstennis.com.