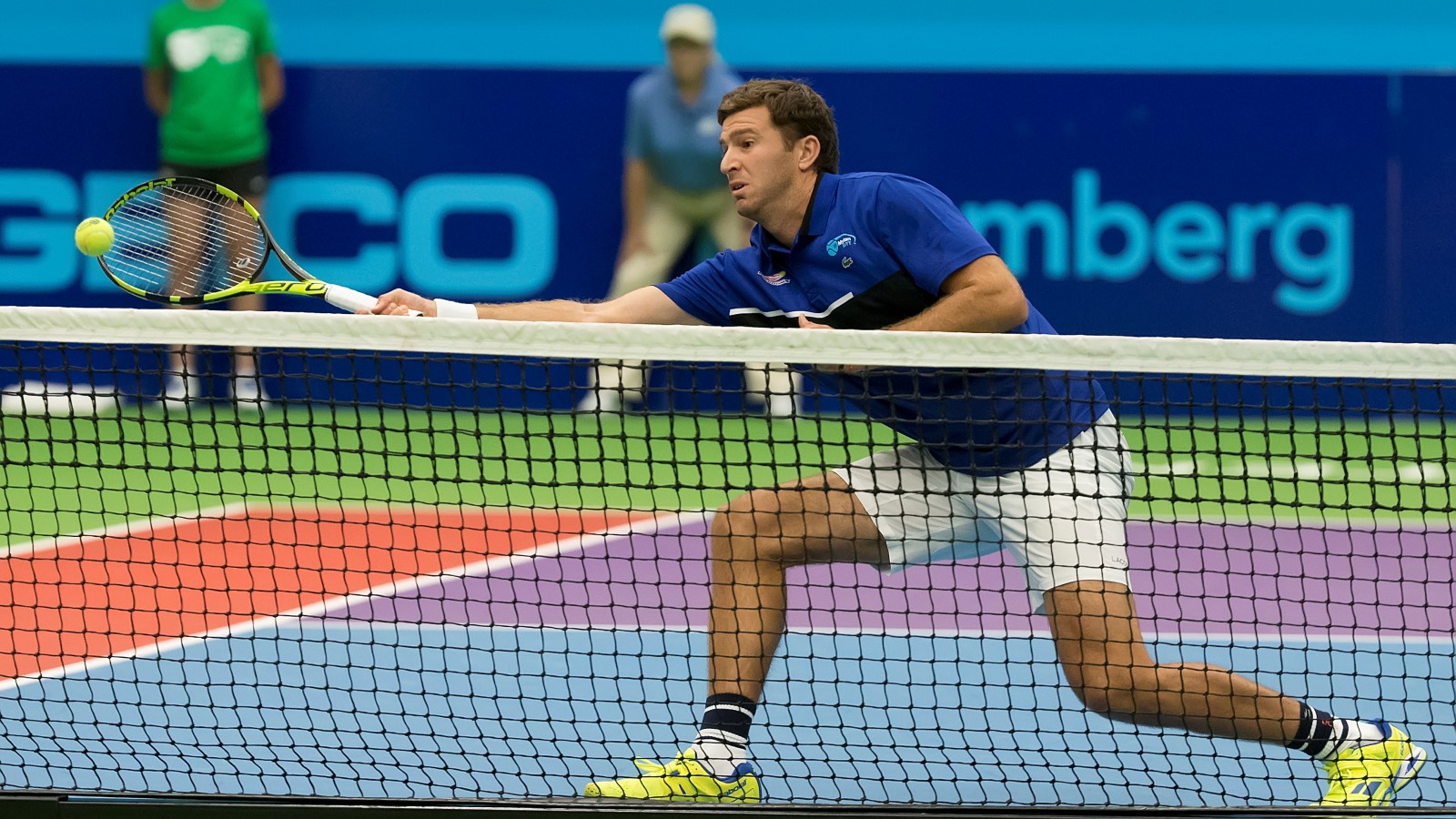 The three-match winning streak of the Washington Kastles came to an end at home, as the Philadelphia Freedoms sliced and diced their way to a comprehensive 23-17 win at Kastles Stadium at the Smith Center. In Frances Tiafoe‘s final match of the season, the Kastles saw their record fall to 3-2 (3-1 at home).

With the Freedoms‘ legendary owner Billie Jean King in the house cheering on her team, Philadelphia got off to a fast start in mixed doubles. The Kastles‘ Anastasia Rodionova and Treat Huey finished off each of their first service games with aces, but exceptional volleying by Taylor Townsend and Fabrice Martin led them to a break of Rodionova‘s serve in the seventh game, and a 5-3 opening set.

In the next set, Rodionova and Madison Brengle came close to staging a stunning reversal, coming back from 1-4 down in the women‘s doubles to force a tiebreak against the all-American duo of Townsend and Sloane Stephens. But in the tiebreak, Stephens came up with clutch serves to lead 4-2, and she followed up with a forehand return winner on set point to keep Philadelphia ahead 10-7.

More success followed for the Freedoms, as the pairing of Martin and Donald Young eased to a 5-1 set in men‘s doubles. With the Freedoms already up a break at three games to one, a thunderous return winner by Young erased a Washington game point, and not even a pep talk from Coach Murphy Jensen at deuce could prevent Philadelphia from obtaining a second and decisive break in the set.

Down 15-8 in the match, hopes were still high for the Kastles, as Madison Brengle had been brilliant in women‘s singles during the homestand, barely losing games. Tonight, however, Sloane Stephens came out victorious in a high-quality thriller. The ladies exchanged breaks twice in the first six games, with Brengle hustling for every last ball and Stephens pumping herself up after winning protracted rallies.

Brengle saved three break points at 3-4, and when Stephens sent a forehand wide to head into the tiebreak, it seemed as though the Kastles‘ star would pull through again. It was not to be, though, as an excited Stephens took the tiebreak 5-3, giving Philadelphia a large 20-12 lead.

Frances Tiafoe was able to complete his inaugural Mylan WTT season with a win, easing to a 5-2 set over Donald Young. Tonight, Young‘s deft touch at the net was matched by Tiafoe‘s easy power, and the Kastles were rewarded with their first set of the night, decreasing their deficit to 22-17.

Unfortunately for the Kastles, Young closed out the first game in Extended Play with a half-volley winner, and Washington took their first home loss of the season to the Freedoms. Tiafoe rued his inability to keep Extended Play going in order to get another Kastles win. “I really thought I could pull something off,“ said the 19-year-old rising star, “that would‘ve been crazy! It‘s tough. But I played well tonight.“

Tiafoe said he had a “a great week“ playing for the Kastles. “I had a lot of fun, and a lot of different and new experiences.“ Tiafoe spoke about how his coach Murphy Jensen taught him how to “play with energy every point in this format,“ and it seems like his first week in World Team Tennis will not be his last. “Playing for a team is great,“ he continued, “and I think I‘m going to do this for many more years.“

TURNING POINT: Serving down 1-3 in the men‘s doubles, Treat Huey hit two aces to bring up game point, which could have kept the Kastles close in the match. But Philadelphia‘s Donald Young clobbered a return winner past the Kastles, and the Freedoms broke at deuce to give the them leads in the set and the match which felt insurmountable.

NEXT ON: The Washington Kastles are hoping for revenge against Sloane Stephens and the rest of the Freedoms on Sunday, July 23, this time on Philadelphia‘s home surface. Follow results on WTT.com/livescores or washingtonkastles.com.