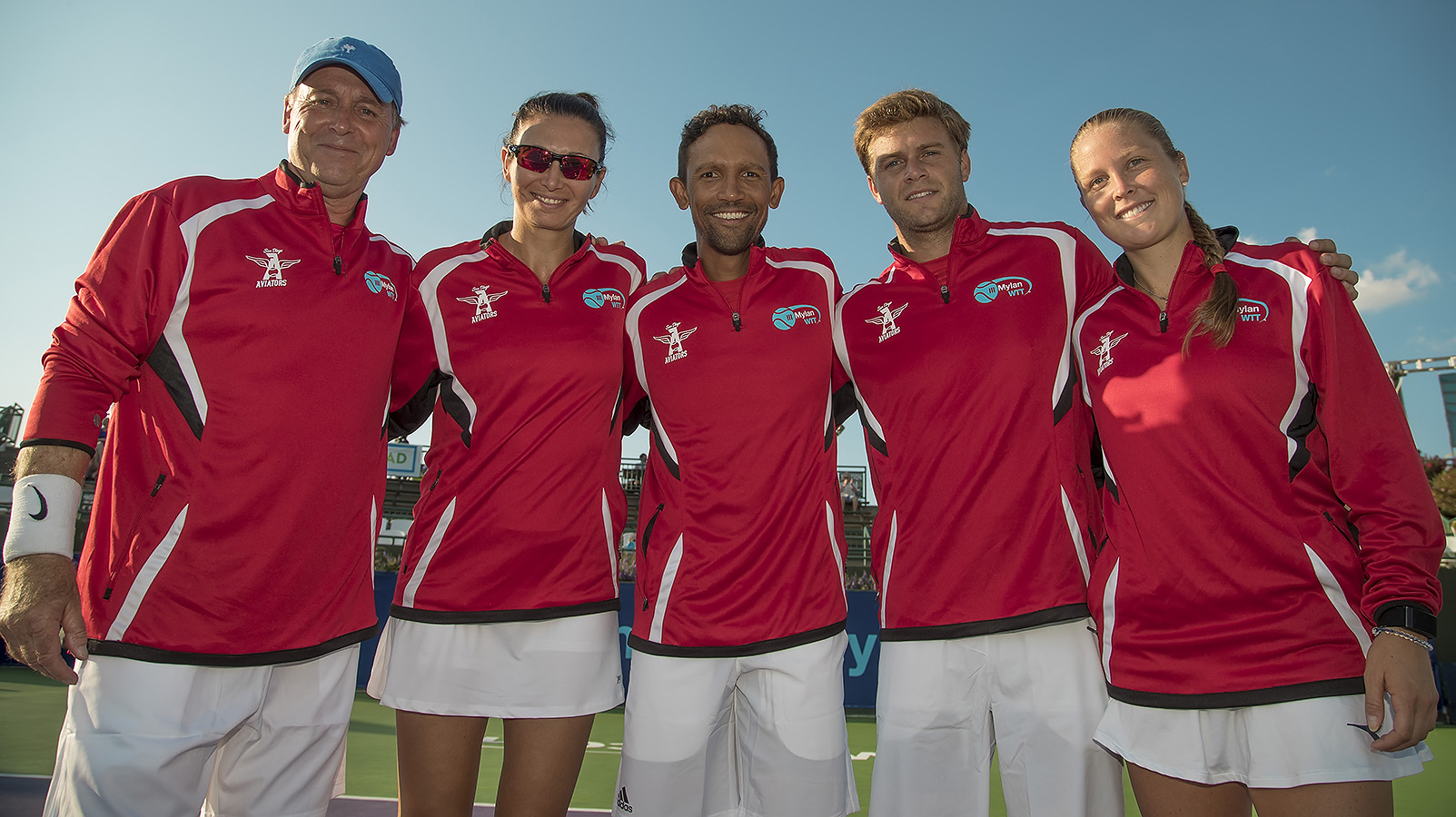 In 2004, a young Jack Sock defeated Christian Harrison at the Cooper Tennis Complex en route to his first national open championship. In 2017, Ryan Harrison, Christian‘s big brother, bested Sock in men‘s doubles and won the clinching game in Extended Play to give the San Diego Aviators a 24-16 win over the Springfield Lasers.

In a way, he defended the Harrison family honor.

“I guess I did. We had a tight one there,“ Harrison said. “We both were struggling to break. It was a tight tiebreaker that came down to a tentative volley there at the end. I was lucky to hold that first game, then get the win.“

Sock won the tiebreaker to take men‘s singles 5-4 and force extended play, in a battle of the night‘s marquee players. But the Aviators‘ big lead, 23-16, gave Harrison a big margin of error. He didn‘t need it, rallying from a 3-1 deficit and tucking his last shot just inside the baseline for the win.

“My team did a great job of giving me a big cushion. I was really excited about that,“ Harrison said.

Sock, during an on-court halftime interview, apologized for his debut set, a 5-3 loss in men‘s doubles. He and Jean-Julien Rojer took the first game, but suffered a break in the third and didn‘t recover. Harrison and Raven Klaasen won the set 5-3.

Still, it was an enjoyable experience for Sock, the Lasers‘ marquee player.

“I love team events, I love team atmospheres,“ Sock, who was born in Nebraska and now lives in Kansas City said. “I love the Midwest. I tried out the coasts and I always come back to my roots. I have a lot of friends from Kansas City coming over tonight to watch, so I‘m definitely excited to be here.“

Women‘s doubles was a 5-4 thriller, featuring a pair of breaks. It went to a nine-point tiebreaker, where Darija Jurak and Shelby Rogers let an early 3-1 lead slip away. Allie Kiick served a pair of points to even the score, then she and Anna-Lena Groenefeld broke Jurak for the victory.

Mixed doubles opened the night and was tied at two when Jurak and Klaasen managed to break Rojer‘s serve to take the lead. They held serve the rest of the way for the 5-3 victory over Rojer and Groenefeld, who made her season debut for Springfield (1-4) after recovering from an injury.

“For her first match, she really played well,“ Lasers coach John-Laffnie de Jager said. “She had some training, though. She hit this morning, this afternoon and this evening before the match.“

The win vaults San Diego (3-1) back into first place after the Aviators lost to Washington last night. The order of events, chosen by the home team, was supposed to help the Lasers, but coach John Lloyd‘s team flipped the script.

“I thought if we could keep it close through the first three, Shelby would be a favorite to win women‘s singles,“ he said. “We managed to not only hold it close, but we went up. I figured men‘s doubles would be a tiebreaker one way or another, so I was in shock when we got that break. That gave us that little gap that we needed.“

TURNING POINT: Ryan Harrison and Raven Klaasen, leading 3-2, managed to break Jean-Julien Rojer‘s serve and steal men‘s doubles. That win gave them a 14-11 lead and set the table for the rest of the lineup.

NEXT ON: Springfield and San Diego complete the home-and-home in California tomorrow night, with a 9 p.m. Central/7 Pacific match. It will be the third meeting in five days between the teams. Follow results on WTT.com/livescores or SpringfieldLasers.com