Empire Hang On In Thriller Over Orange County 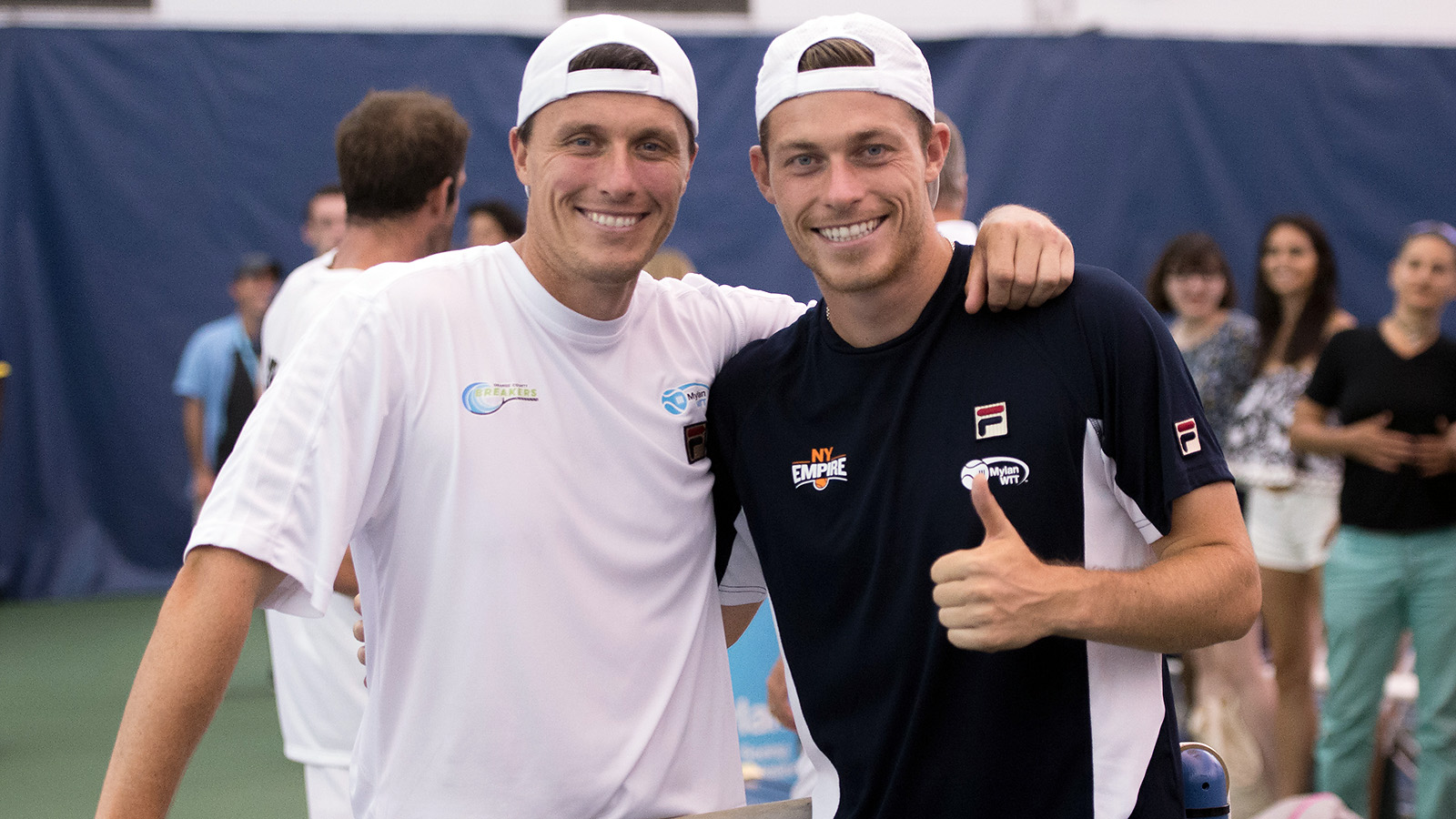 It began as a battle between brothers and Belgians, but when a rainy Thursday night concluded at the USTA Billie Jean King National Tennis Center, a fish out of water was the hero.

Mardy Fish, that is.

Fish clinched a thrilling 23-21 win for the New York Empire (3-2) over the Orange County Breakers (1-3) in Extended Play late in the night on Thursday, after the match was moved indoors due to a mid-match summer shower in Flushing.

Though Fish dropped the singles set to Teymuraz Gabashvili, 5-3, he managed to stave off the Russian in Extended Play after the former 2015 Mylan WTT Male MVP won the first two games to pull his team to within one of both a tie and a Supertiebreaker.

“It‘s been a long few days ÔÇö it‘s tough,“ Fish said with a smile after the match. “We won two of the four [nights] that I played, so I didn‘t get in the way too much.

“I knew it was actually pretty good to come indoors for me, so I could hold serve a little bit without having to do much work. He still broke me twice, and he played very well.“

The match was notable from the start as it saw the Skupski brothers, Neal and Ken, along with Mylan WTT rookies and Belgian compatriots Kirsten Flipkens and Yanina Wickmayer, face off against each other for the first time this season.

“I think I was about 14 and he was 20,“ said 27-year-old Neal Skupski, when asked to recall the last time that he and his 34-year-old brother were on opposite sides of the net. “We played a doubles match back in England, I think on the ATP Challenger Tour, and I came out second best ÔÇö but we got the better of him tonight.“

Neal earned both sets where he and his brother faced off, beginning with a 5-2 mixed doubles win alongside Flipkens to open the night for the Empire. Later, he and Fish edged Ken and Gabashvili in a tiebreak in the penultimate set of the night. In between, Flipkens got the better of her compatriot Wickmayer, 5-3, as the Empire built a 13-6 lead at the midway point of women‘s doubles before the rain came.

“It was a really long night, but I think we did a good job,“ Flipkens said. “We started off well by winning the mixed and then I won the singles. We were a bit unlucky in the women‘s doubles I thought, up 3-1 and 3-love [to hold serve] butÔÇªI‘m proud of the team.“

With the victory, the Empire scored its third win of the season in its fifth match ÔÇö surpassing its entire win total from a season ago.

Skupski, the lone returner from last year‘s inaugural Empire squad, said about the milestone: “It‘s my third year in Mylan World TeamTennis and second with the Empire. Obviously, last year wasn’t our best effort ÔÇö it was our first year, but we learned from it. We‘re back here this year with a new team ÔÇö I‘m lucky enough to be back, they had a bit of faith in me. It‘s nice to play with Mardy, have Gigi as our coach ÔÇö we‘re having fun out here and hopefully the wins keep coming.“

TURNING POINT: Though it turned out to be in vain, the Orange County comeback attempt was spearheaded by a furious rally by Wickmayer and Klepac in women‘s doubles. With the Empire duo leading 3-1, and 3-0 on serve, the Breakers rallied to win the next three games before the rain delay, and finished things off in a tiebreak indoors.

UP NEXT: After a day off on Friday, the Empire will travel west for a rematch with the Breakers at Palisades Tennis Club at 7 PM PDT on Saturday.