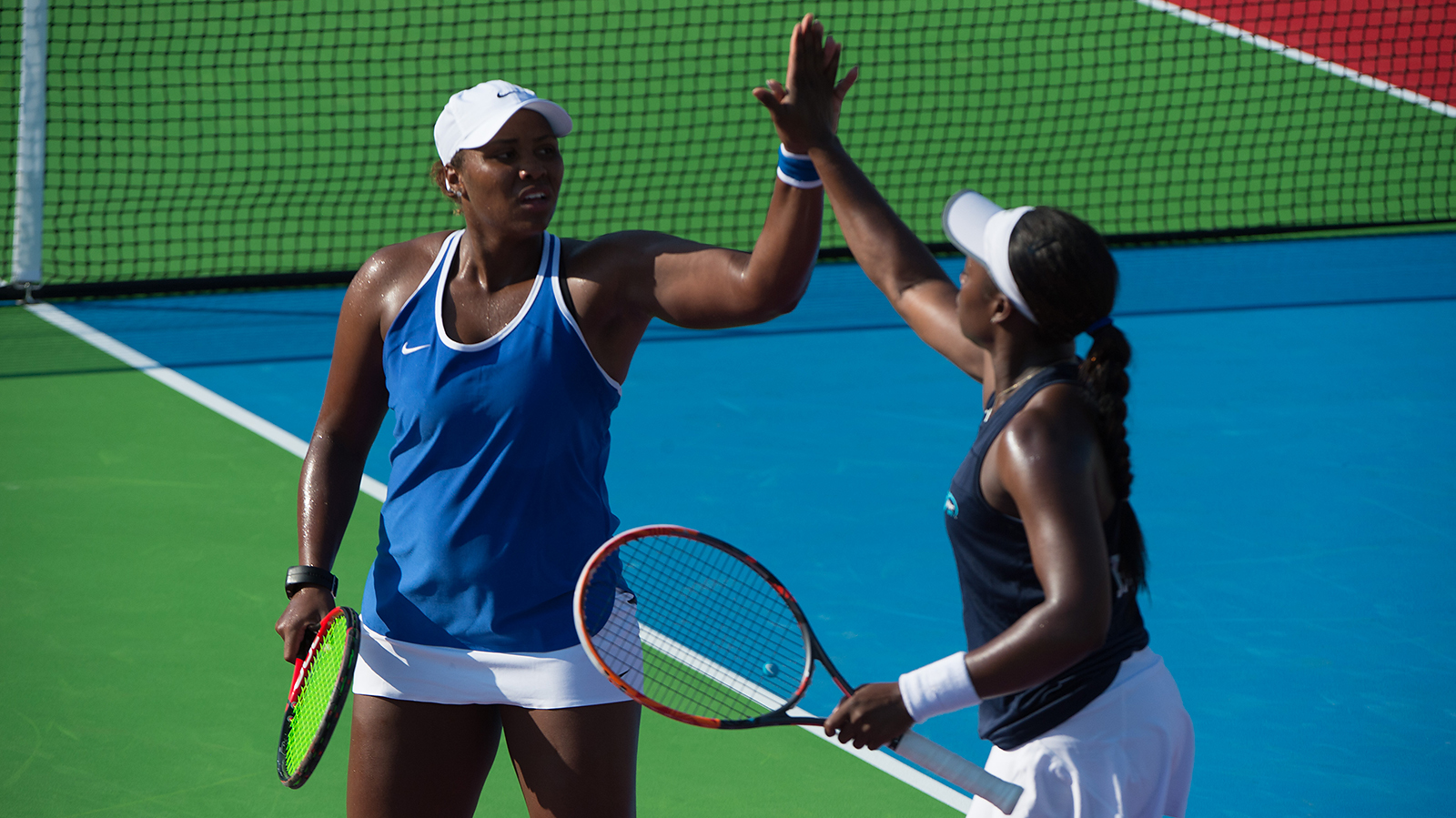 Third time‘s the charm, so they say ÔÇö and the Philadelphia Freedoms were saying exactly that on Wednesday night at the USTA Billie Jean King National Tennis Center.

“This is the third time in a row that we played this team, so I think that everyone was already pretty familiar with each other‘s games,“ said the Freedoms‘ Taylor Townsend, who had a hand in three of the sets won for Philadelphia. “I think it was more about sticking to the strategy and just keeping it simple, which I think is what we did. I think we utilized the lineup a little better ÔÇö they set up the lineup, but I think it worked well for everybody.“

Townsend was the star for much of the Freedoms‘ win ÔÇö including a dominant 10-2 showing combined in the final two sets of mixed doubles and women‘s singles to help Philadelphia run away with what had been a 15-11 match at halftime.

The Chicago native also partnered Sloane Stephens to a tiebreak win over Kirsten Flipkens and Maria Sanchez in the second set of the night, before she and Fabrice Martin rolled to a 5-1 mixed doubles victory over Flipkens and Neal Skupski.

To close out the night, Townsend played her first full women‘s singles set of the season, taking the first three games against Flipkens before finishing off substitute Sanchez, 5-1.

In the previous two meetings between the Empire and Freedoms, women‘s singles was a sticking point for the latter ÔÇö in Sunday‘s season-opener, Flipkens stormed past Stephens, 5-1, before outdoing a combined effort by Stephens and Townsend by the same score on Monday.

“This is my fourth full season of Mylan WTT and three of the four seasons I‘ve played, I‘ve played all three events,“ Townsend said. “I‘m pretty used to playing all the events and I know how to manage it. I‘m ready for anything that comes our way.“

Donald Young also anchored the Freedoms to a pair of wins, as the lefty partnered Martin to a tiebreak victory in men‘s doubles to start the night, and edged Mardy Fish in a competitive 5-3 set in men‘s singles to give Philadelphia some breathing room at the half. Young was clutch in the big moments, as he saved all three break points he faced, claimed both 3-3 points in the set and won 85 percent of the points behind his swinging, southpaw first serve.

“It‘s great to get the first win for the team ÔÇö everyone contributed to get the points,“ Young said. “I was happy to play Mardy and get the win. It‘s great when you get to play guys that were great, even though they don‘t play [now], it feels good. It‘s a pleasure, it really brings the intensity up ÔÇö they‘re bringing it and you want to bring it, and more importantly, you just want to win for the team.“

TURNING POINT: In what was a close match after three sets at halftime, Townsend and Martin shined in a dominant mixed doubles set to help open the match up late. The Freedoms‘ duo moved to 3-0 together in mixed doubles on the season, having previously won their sets against Flipkens and Skupski 5-4 and 5-3.

UP NEXT: Looking to snap a two-match losing streak, the Empire play their first match against a West Coast team on Thursday, as they welcome the Orange County Breakers to the USTA Billie Jean King National Tennis Center at 7 PM EDT.