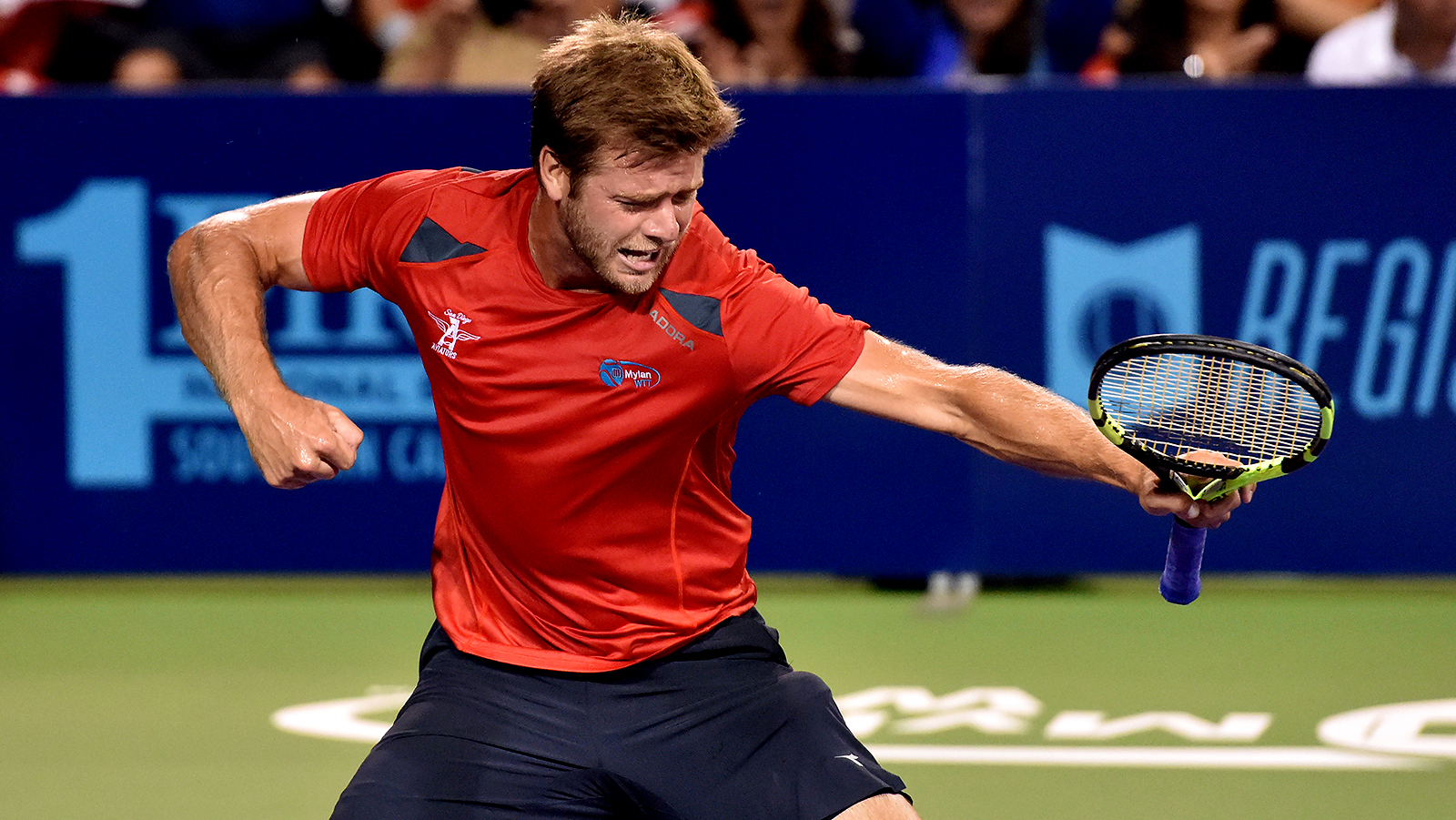 Harrison and Raven Klaasen gave the Aviators an early lead as they opened the match with an impressive 5-1 victory over Jean-Julien Rojer and Benjamin Becker of the Lasers in Men‘s Doubles.

However, Springfield roared back to take an 11-8 lead at halftime as 2010 French Open champion Francesca Schiavone defeated Shelby Rogers of the Aviators 5-2 in Women‘s Singles, and Jean-Julien Rojer and Abigail Spears dominated Klaasen and Darija Jurak 5-1 in Mixed Doubles.

In the fourth set of the evening, Rogers and Jurak overcame a 4-2 deficit in Women‘s Doubles and came back to score a 5-4 victory over Schiavone and Spears to cut Springfield‘s lead to 15-13.

“I just told myself to be aggressive. Those girls (Schiavone and Spears) were playing unbelievable. You have to be the one that steps up on those deciding points. You just have to go for it, and it worked out,“ Rogers said. “We come together every night. I was a little down in the singles, but they helped me through. That‘s what it‘s all about.“

With the Aviators trailing 15-13 going into the final set, Harrison faced Becker in Men‘s Singles. After holding serve through the first five games, Harrison scored the critical service break in the sixth game to take a 4-2 lead as Becker hit a crosscourt forehand wide on break point.

That was all Harrison needed as he served an ace at 2-0 to get to match point and then slammed a service winner to clinch the victory for the Aviators, who improved to 2-0 in the 2017 WTT campaign.

“I‘ve been playing well all year. It really started around this time last year in World TeamTennis. My energy has been really good and very positive,“ said Harrison, who credits WTT for lifting the level of his game. “I love the crowd. The DJ fires me up out there and plays some country music for me. The whole team atmosphere is great and it‘s just hard not to be in a positive frame of mind.“

TURNING POINT: In the fourth set of the evening, the Aviators trailed the Lasers 4-2 in Women‘s Doubles and faced a set point on a 3-3 point in the eighth game. Shelby Rogers nailed a brilliant down the line backhand winner to win the game and get back on serve at 3-4. Rogers and Darija Jurak eventually won the set 5-4 over Francesca Schiavone / Abigail Spears to pull San Diego within two games of the Lasers at 15-13.

NEXT ON: The Aviators travel to Washington D.C. on Thursday to take on Bob and Mike Bryan and the Washington Kastles at 7:00pm Eastern at Kastles Stadium at the Smith Center on the campus of George Washington University. Follow results on WTT.com/scores or www.sandiegoaviators.com. The match will be broadcast live on ESPN3.