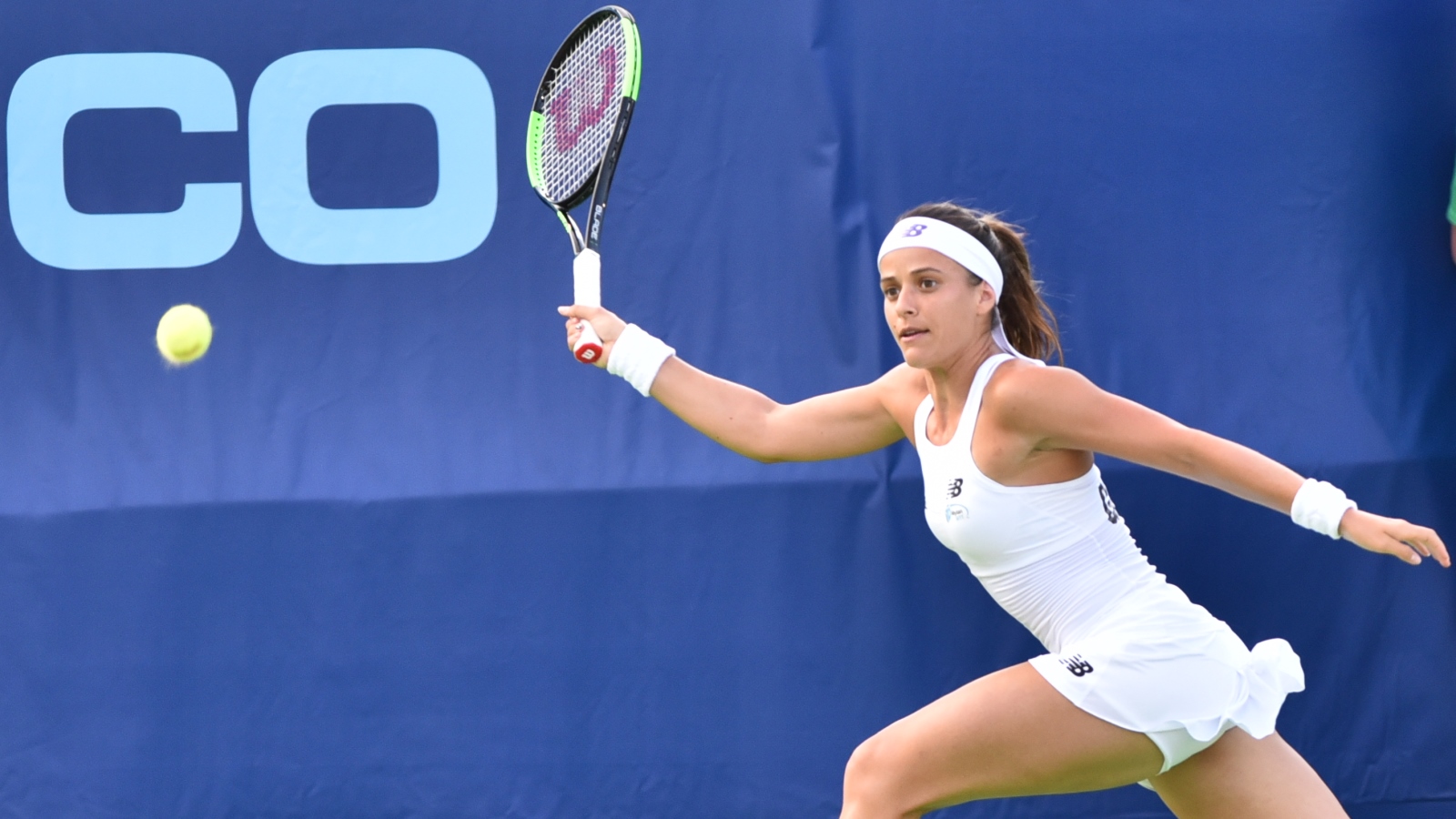 Just when it appeared Nicole Gibbs of the Orange County Breakers would lose to Francesca Schiavone of the Springfield Lasers, Gibbs came up with an incredible game-winning shot during the Breakers‘ home opener on Monday night.

Playing in the only tiebreaker of the night, Gibbs hustled to a drop shot. That in itself seemed improbable. She delivered a winner, to grab the 5-4 (5-4) victory in women‘s singles of the Mylan World TeamTennis match.

That victory was the highlight in the Breakers‘ 23-15 triumph, as Orange County moved to 1-1 on the season.

“I honestly don‘t know how I got there much less the shot I hit,“ Gibbs said of Schiavone‘s drop shot. “I felt a little bit lucky but I‘m glad that it happened.“

Gibbs‘ women‘s singles win proved to be huge as it put the Breakers up, 10-6. Gibbs also played in women‘s doubles, teaming up with Andreja Klepac. But Schiavone and Abigail Spears rallied from a 2-0 deficit to win, 5-3.

However, the Breakers still led, 18-13. A key 5-2 win from Ken Skupski and Klepac in mixed doubles had given the Breakers some breathing room (15-8).

“The shot she hit on set point was incredible,“ Breakers coach Rick Leach said of Gibbs. “I didn‘t think she was going to get to the drop shot, let alone hit a winner. But she‘s a fighter and a great athlete.“

Steve Johnson and Skupski opened with the victory in men‘s doubles, 5-2, to set the tone for the Breakers.

Johnson, the Orange County native, also capped the night with a 5-2 victory over Benjamin Becker, who put up a good fight. Becker opened the men‘s singles battle with a 2-0 lead. But Johnson rallied for the win.

However, it was Gibbs-Schiavone that provided the majority of the highlights. Gibbs nearly broke Schiavone‘s serve to win the women‘s singles match, as Gibbs led, 3-2. But Schiavone answered back with two straight winners to set up the tiebreaker.

The women went back and forth. Gibbs held serve to go up, 2-0. Schiavone came right back with two winners on her serve, 2-2. Schiavone also broke a serve for Gibbs, who notched one win and made it 3-3.

Schiavone went up 4-3, before Gibbs scored to set up the dramatic final point.

“It‘s always awesome to share the court with such a champion,“ Gibbs said of Schiavone. “To play against that level is really fun. We put on an entertaining set. I‘m excited about how it went.“

NEXT ON: The Breakers will travel to Washington D.C. to take on the Washington Kastles on Wednesday at 7:00 p.m. Eastern. The Kastles will feature Martina Hingis. Follow results on WTT.com/livescores or www.breakerstennis.com.