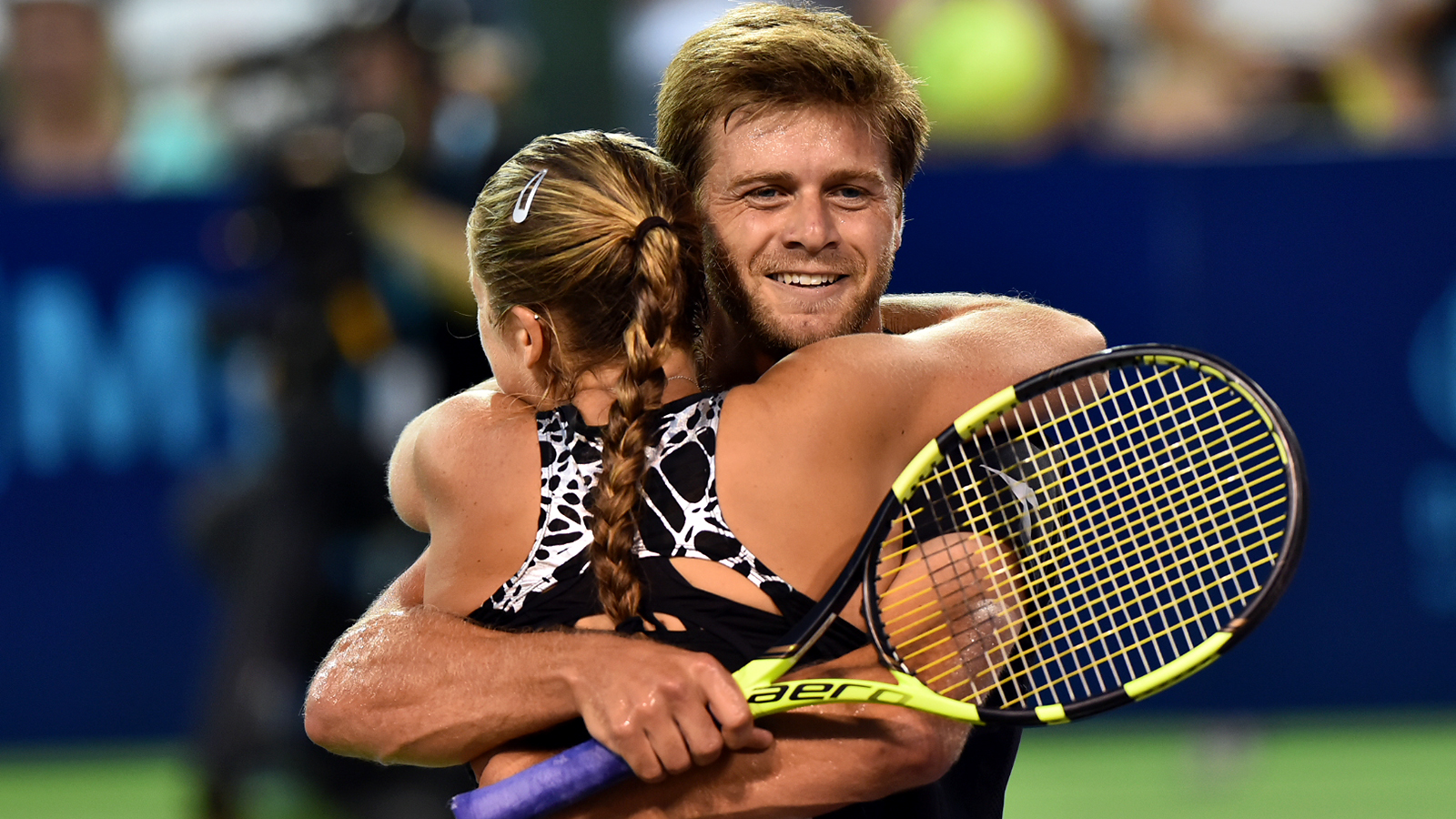 Playing before a capacity crowd with standing room only, the first sellout in franchise history, the Aviators fell behind the Breakers 10-2 after dropping the Mixed Doubles and Women‘s Doubles sets by identical 5-1 scores.

Following halftime, with the Breakers leading 11-7, Shelby Rogers of the Aviators took on five-time Grand Slam singles champion Maria Sharapova in Women‘s Singles. After falling in a tough three-setter to top-seeded Angelique Kerber in the third round at Wimbledon, Rogers looked forward to playing Sharapova, a former No. 1 player in the world.

Rogers, a resident of Charleston, S.C., took advantage of the opportunity and delighted the home crowd with a hard-fought 5-3 victory over Sharapova. With the Breakers holding a slim 14-12 lead, it was time for Men‘s Singles in the fifth and final set of the night.

Harrison showed why he is currently ranked No. 40 in the ATP World Tour singles rankings as he played near-perfect tennis in Men‘s Singles, scoring a commanding 5-0 victory over Gabashvili to complete the Aviators comeback win.

“We had good energy. We started down early, but we stayed positive. We just went out there one set at a time and tried to put as many games on the board. Even when we were down, the crowd picked us up. It was a really fun atmosphere,“ said Harrison. “I‘m happy to be back in San Diego and looking forward to try and bring another title.“

The victory was especially sweet for Rogers, who enjoys the Mylan WTT experience. “It‘s so great to be back. I was fired up to be competing alongside these amazing people. Last year we really became a family and it‘s so nice to have them by my side again,“ she said.

TURNING POINT: With the Breakers leading 14-11, late in the fourth set of the evening, Shelby Rogers cracked a perfectly executed down the line forehand winner on set point to win the Women‘s Singles set 5-3 over Sharapova and pull the Aviators within two games of the Breakers at 14-12. The victory in Women‘s Singles set up Ryan Harrison to complete the comeback in Men‘s Singles.

NEXT ON: The Aviators will host former French Open champion Francesca Schiavone and the Springfield Lasers on Tuesday at 7:00pm Pacific at the Omni La Costa Resort & Spa in Carlsbad, Calif. Follow results on WTT.com/scores or www.sandiegoaviators.com. Live streaming of the match can be viewed at: